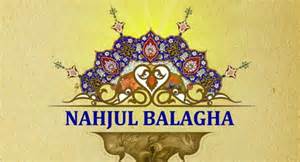 SHAFAQNA – Imam Ali (AS) said: Think about the situations of the previous generations of the believers who lived under Divine Tests. Have they not been under more levels of hardship than other people of the world? The Pharaohs of the time, enslaved them, and placed them under the most severe forms of torture, and they faced the most bitter times of their lives. The situation continued for them whilst they were under domination, there were no ways to disobey or to defend themselves, until their efforts, steadfastness and patience against all the sufferings considered to be in the way of God’s friendship, and the power of tolerating hardships came from their fear of God, and God saved them from calamities and hardships, and converted their sufferings to dignity, and their fears to security, and placed them as rulers and leaders of the human beings, and they have been granted so much blessings and greatness from God that they could have never imagined [1].