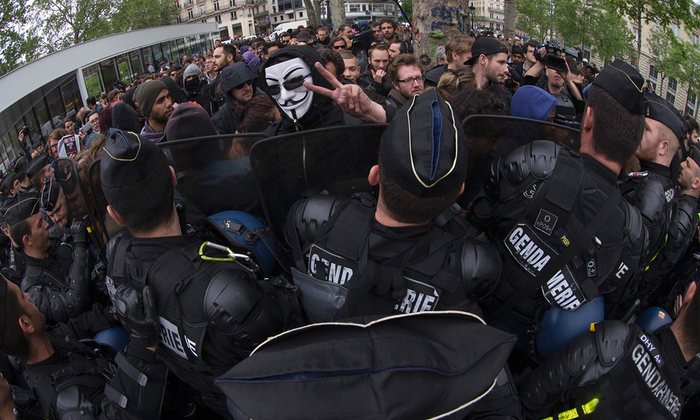 SHAFAQNA – Clashes broke out during protests over French labour reforms in Paris, with tear gas being fired by riot police.

During the march, some demonstrators threw objects at officers, including makeshift petrol bombs.

The government says the changes will help create jobs and bring down unemployment, but opponents fear they could weaken workers’ rights.

Islamic conference in Chechnya: Why Sunnis are disassociating themselves from Salafists