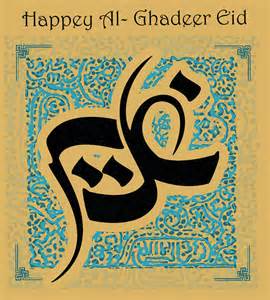 SHAFAQNA – The fact that in our narrations from its time of happening until now, Ghadeer has been honoured and commemorated, it is not because ruling (governing) others is an issue. The governance according to Imam Ali (AS) is what he said to Ibn Abbas: “To me, it is not even worth the same as these shoes which are worth nothing, what is important is to establish justice.” What Imam Ali (AS) and his children could do if they were given the opportunity was to establish justice according to the satisfaction of Allah (SWT), but they were not given the opportunity [1].

Do people whose mother or grandmother (from father or mother side) is a Seyyedeh, have the rights of other Sadaats? The Grand Ayatollah Makarem’s answer

Video: The Event of Ghadeer & Imammah in Hadiths

Video: Event of Ghadeer In Hadiths

Video: The Event of Ghadeer & Creation of Imamate

The authenticity of amulets / the Grand Ayatollah Khamenei’s answers