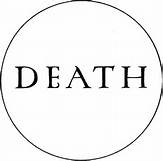 SHAFAQNA – It is narrated from the Prophet of Islam (PBUH) who said: There is not a house exempt from being visited by the Angel of Death five times a day, to see if the life of the owner or residents of that house has ended or not. If the Angel sees that a person’s life and sustenance has ended, death is thrown at that person, and the hardship of death covers the whole of his/her existence, and the residents of the house become distressed, cry loud and hit themselves on the face.
Then the Prophet (PBUH) said: Swear to the God whom my life and soul belong to, if they can see the position of the Angel of Death, who is standing by the door step, and hear that Angel, they will forget their dead one, and they cry for themselves. As long as the body is carried out in the coffin, the spirit of the dead is on top of the coffin, it is restless and shouting: O’ my family, my children, make sure the world does not play with you as it played with me. I collected from Halal and Haram and left them for others, the happiness is for them but the responsibility is mine. Fear from what happened to me, will happens to you [1].