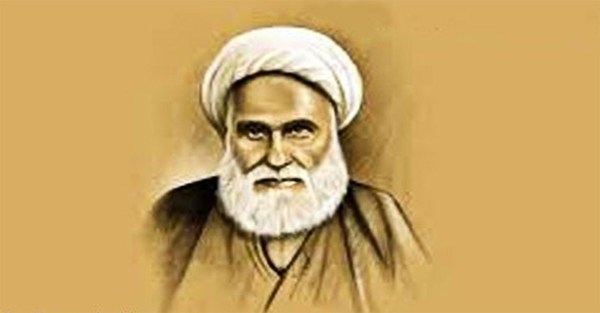 A mother’s humming:
Zainab the mother of the newborn had pledged to herself that at the time of feeding the baby, she would not be without ablution and she would feed the child in a state of cleanliness and purity. She practiced what she said and for two years she fed Abbas in the state of ablution. Due to this Sheikh Abbas Qumi (RA) would say: “The main reason of my success is due to my mother’s blessings, because that respected lady, within possible limits, fed me in the state of cleanliness and purity.” His mother had also said: “For two years when Abbas was fed by me, I don’t remember ever once feeding him without taking ablution.”
Zainab was a pious lady who endeavored in performing her religious obligations and even the supererogatory ones. She paid specific attention to the performance of the obligatory prayers at the ascribed times and it can be said for certain that the factors of success and a fruitful and bright future of Muhadith Qumi, a renowned personality of the Shiites was due to the upbringing and guidance of such a compassionate, religious and pious trainer.
Hajj Sheikh Abbas Qumi (RA) on many occasions remembered his mother’s kindness and favors and also pointed out to the listeners, thus: “My mother was a pious and righteous lady and one of her distinctions was that she never missed her prayers, offering them at the ascribed times.” 11
A peaceful environment, a warm embrace and humming full of emotions by this lady, all brought a healthy and suitable environment for Abbas’s development. The father also completely fulfilled the role of a worthy trainer in respect to his child. He worked with his child according to his development and made himself harmonized to his son’s world, and tried to answer all his emotional and material requirements.
In reality his existence was the source of peace of mind and closeness among the family members. His demeanor accompanied by pure motherly emotions, had transformed the environment of the house into a garden so that they witnessed the blossoming of the buds of their living garden.

Childhood Education:
Sheikh Abbas (RA) became acquainted with the Holy Qur’an from his early childhood and he would sleep with the pleasant sound of his father who would read from the revealed book. The days passed and this sapling grew in the garden where the stream of Wilayat was flowing and he could stand on his own feet. The house in which he was brought up was not a great distance away from the Shrine of Hazrat Fatima Masouma (SA), therefore, sometimes he would catch hold of his mother or father’s finger and walking with small steps which were the beginning of the bigger steps of the future, would make the trip for the Ziyarat of this great lady.
Although only a few years of his life had passed and it was time for him to stay at home and play with the children of his age group and be busy with other childish amusements, with his father’s guidance and together with his mother’s affection and guidance, Sheikh Abbas was sent to the ‘Maktab’ to learn Qur’an and the basic teachings of Islam.
This child who had acquired training from pious parents had special respect for his mother and father and above all he had a natural liking to learn the Qur’an. He paid attention to his trainers and went to the ‘Maktab’ to learn the verses of guidance and the self-building words of the Qur’an.
Sheikh Abbas with his friends, would go daily to the ‘Maktab’ except on Fridays, and in the evening he would play with children of his own age group. Before sunset he would return home and at that young age where prayers were not yet obligatory for him, he would take ablution and when his father would stand for prayers or go to the mosque to join the Jam’at, Abbas also accompanied him and performed his prayers in a childish manner. At night he would read the Qur’an and whilst reading verses, he felt peace and a special kind of pleasure. Abbas spent the days of his childhood in Qum in such a manner, 12 and then stepped into adolescence.
He had a weak body structure but had a strong soul, calm heart, magnanimous thoughts and extraordinary aspirations. His searching mind led him to find out about everything that came his way. Although he did not seem older than a child, he had a much older mental capacity. When speaking to elders and even with those of his own age group, he spoke so well that it seemed as if an experienced man was speaking. 13

Details of Interest and Desire:
Sheikh Abbas (RA) progressed so rapidly in acquiring religious education that he became famous in Qum. He was known as ‘Sheikh Abbas’ and he was described as a young religious person who had great Islamic knowledge. In other words, the local people of Qum knew that a young boy aged 20 was present in their city who was performing great acts, and apart from instructive and worthy sermons he was even compiling books. At the beginning of his 21st year, Sheikh Abbas’s first book was published in Qum and was not only a means of happiness for Sheikh and for his neighbors but he himself thanked Allah (SWT) for this success and tried much harder and wrote many other books. 14
Sheikh Abbas acquired knowledge of literature from Sheikh Abul-Qassim al-Kabit (RA) and Mirza Muhammad Arbab (RA) who were experts in this art. Sheikh Abbas, economically, was passing through straitened circumstances, therefore, he made use of Mirza Muhammad Arbab’s library. He had even made use of the presence of Hajj Agha Ahmed Tabatabai (RA). From his youth, he had an elegant writing and was fond of calligraphy and he learnt the different methodsof calligraphy like Naskh and Nastabeeq from the art teacher named Agha Sheikh Muhammad Hussain (RA). He acquired skills in the art of calligraphy to such an extent that his first book ‘Fawaid-ur-Rajabiyeh’ was written in his own handwriting and was printed in 1315 (AH). In the same year, at the end of the month of Safar, he transcribed 220 pages of Surah Yaseen by Mulla Sadra in Naskh calligraphy and at the end of this transcription, he has mentioned himself as a student of the lowest grade and the lowest creature on the earth. 15
Sheikh Abbas (RA) after completing the preliminary stage studies of ‘Hauza’ realized that the knowledge gained from Hauza-e-Qum did not satisfy him, therefore, in the year 1316 (AH) he took his possessions and started off for Najaf-e-Ashraf (in Iraq) to acquire more knowledge. There he came within the circle of the famous scholars and teachers of that great Hauza. 16
Because Sheik Abbas (RA) was very eager to know about the true narrators and he himself narrated about the Ahlul-Bayt (AS) from the beginning when he entered Najaf he was fascinated by a scholar named Hajj Mirza Hussain Noori Tabarsi and he would attend his classes. 17
The late Hajj Sheikh Abbas (RA) at the end of the book, Mafateeh-ul-Jinan writes: “It comes to an end and whatever had been prescribed has been added to this book on Sunday night, 10th Zhu al-Q’ada, 1344 (AH) and because on this day I received the news of my mother’s death, I request my Muslim brothers to make use of this book and I even request them to pray for my late mother, my father and me in their prayers in this world and hereafter.
References:
1. Deedar ba Abrar, vol. 27 (Muhadith Qumi, Hadith-e-Ikhlas) Khaleel Abdullah Zadeh.
2. Sura Az-Zariyat, Verse 56.
3. Muhadith Qumi, Hadith-e-Ikhlas, p. 87.
4. Magazine Noor-e-Ilm, 2nd edition, No. 2, p. 124.
5. End of the translation Nafs-ul-Mahoom, by Agha-e-Ayatullah Shaibani.
6. Rehanat-ul-Adab, Mudarris Tabrizi, vol. 4, p. 487.
7. In the book, Muqalifeen-e-Kutub, vol. 3.
8. Zindagi name, Rijal wa Mashaheer-e-Iran, vol. 5, pp. 180-81.
9. Mufakhie-e-Islam, vol. 11, Chapter 2, Ali Diwani
10. Safeenat-ul-Bihar, Muhadith Qumi, vol. 2, p. 447.
11. Hajj Sheikh Abbas Qumi, Maed-e-Taqwa was Fazeelat, p. 35, Muhadith Qumi, Hadith-e-Ikhlas, p. 15; Sitaragan-e-Haram, vol. 4, p. 159.
12. Tareekh-e-Qum, Muhammad Hussain Nasir-ush-Sharieh, preface index and additions, p. 274.
13. Muhadith Qumi, Hadith-e-Ikhlas, p. 24.
14. Chehray-ha was Qisse-ha, Ali-e-Masoomi, p. 15.
15. Mufakhir-e-Islam, vol. 11, 1st part, p. 47.
16. Ullema-e-Muathir, Mulla Ali Waiz Khaybari, p. 181;
Tareekh-e-Qum, p. 274, and of the translation Nafs-ul-Mahoom, by Ali Muhadith Zadeh.
17. Ullema-e-Muathir, p. 181; Fawaid-ul-Razawiyeh.