SHAFAQNA – One of the world’s most important religious sites and Judaism’s holiest site, Jerusalem’s Temple Mount and Western Wall, were reclassified as an exclusively Muslim shrine Thursday after a United Nations organization adopted a polarizing resolution that denies Jewish connection to the site.

The resolution, which condemns Israel for its activities in Jerusalem and the West Bank, asserts that Jerusalem is holy to three monotheistic religions: Judaism, Islam and Christianity. However, it includes a special section pertaining to the Temple Mount that says the site is sacred only to Muslims and fails to mention it as sacred to Jews. The resolution from the United Nations Educational, Scientific and Cultural Organization does not refer to the Al-Aqsa mosque by either the Hebrew term for the site—Har Habayit—or its English translation, the Temple Mount, but only by its Muslim name.

“What’s next? A UNESCO decision denying the connection between peanut butter and jelly? Batman and Robin? Rock and roll?” Prime Minister Benjamin Netanyahu tweeted after the decision.

The complex is considered Judaism’s holiest site due to it being the location of its first and second temples. It is the third holiest site to the Muslim faith as the place where the prophet Mohammed made the miraculous night journey to and from Mecca in order to ascend up to heaven.

The UNESCO resolution this week coincided with international efforts to calm violence in the region after what Palestinians say are increasingly frequent Jewish visits to the compound that is officially under Muslim administration. Under Israeli law, Jews are not allowed to pray at the site to avoid potential violence, but many Jewish activists still rally at the site.

Palestinian protesters have fought back in recent months and clashed with Israeli police outside the temple, with police releasing tear gas and stun grenades and Palesintians throwing rocks at officials. Meanwhile, between July 8 and Aug. 27, more than 2,100 Palestinians were killed during a Israeli military operation in the Gaza strip, along with 66 Israeli soldiers and seven civilians in Israel, according to a BBC News report.

The U.S. State Department expressed concern in September about violence at Temple Mount.

“The United States is deeply concerned by the increase in violence and escalating tensions surrounding the (al-)Haram al-Sharif/Temple Mount,” said State Department spokesman John Kirby, referring to another Islamic name for the site. “We strongly condemn all acts of violence. It is absolutely critical that all sides exercise restraint, refrain from provocative actions and rhetoric and preserve unchanged the historic status quo on the Haram al-Sharif/Temple Mount.”

The Palestinian Authority initiated the UNESCO campaign to reclassify the Temple Mount in 2015 and garnered support from Egypt, Algeria, Morocco, Lebanon, Oman, Qatar and Sudan. Palestinians want the occupied West Bank and the Gaza Strip for a future state, with Arab East Jerusalem as its capital. Israel regards all of Jerusalem as its capital, including the predominately Arab east annexed in 1967, though the claim is not recognized internationally.

Multiple efforts had been made by the Israeli government to try and prove the historical Jewish connection to the holy site before the historic vote. Israel’s Mission to UNESCO in Paris gave board members and international diplomats a brochure that included a ninth-century BCE inscription referring to the House of David, an eighth-century BCE seal from King Hezekia, a stone etching of a Jewish menorah from the year 66 CE found in Jerusalem and a picture of the Arch of Titus in Rome on which images of holy artifacts that the Romans stole from the Second Temple in Jerusalem are depicted, according to a PressReader report.

“If the Jews have no definite connection to the holy sites-UNESCO and the United Nations has no connection to history and reality,” said Yuli-Yoel Edelstein, Israel’s parliament speaker, after the Thursday resolution.

Due to Israeli diplomatic efforts before the vote, no European country backed the motion. Twenty-four countries voted in favor of the decision, while six voted against. Twenty-six abstained while two were missing, according to a Haaretz report. The U.S., United Kingdom and Germany were among those against the resolution. France, Sweden, Slovenia, Argentina, Togo and India abstained from the vote.

Jordan has custodian rights over the Al-Aqsa mosque compound after Israel seized East Jerusalem from Jordan in the 1967 Middle East War. 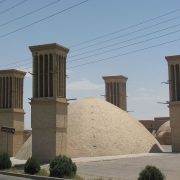 Qanats offer clues to ancient way of life in Iran 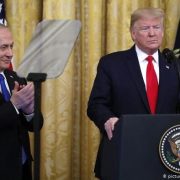 Deal of the Century:Israel’s interests and disregarding Palestine’s rights 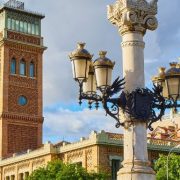 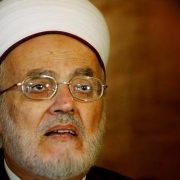 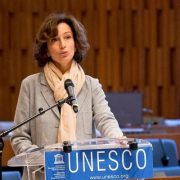