SHAFAQNA- The bio-based products industry is small but growing, according to a government study that shows the industry, including bioplastics, created 220,000 new jobs and grew by $24 billion in 2014.

While only about 2 percent of the plastic produced globally is bio-based, the second annual Economic Impact Analysis of the U.S. Biobased Products Industry report from the USDA shows bioplastics are a growing market segment and spurring innovation across the plastics industry.

“The bioplastics segment is growing rapidly and the USDA specifically identified bioplastic bottles and packaging as one of seven major sectors of the U.S. bio-based products industry,” said Patrick Krieger, assistant director of regulatory and technical affairs at the Washington-based Society of the Plastics Industry Inc.

“European Bioplastics estimates that global production of bioplastics will grow from approximately 1.7 million metric tons in 2014 to over 7.8 million metric tons by 2019. Most of this growth is found within bio-based plastics, as brand owners and manufacturers are learning how to best leverage these resins’ functional strengths, as well as explain bioplastics to a group of consumers that value the potential environmental benefits of bioplastics,” he said.

SPI cosponsored the report, along with industry heavy-hitters including BASF SE, Coca-Cola Co., Eastman Chemical Co., Verdezyne, Inc. and others.

The bio-based industry contributed $393 billion and 4.2 million jobs to the U.S. economy in 2014, according to the study. But bigger than the financial contributions are the findings of more than 10 years of research that are now being brought to bear in the plastics market, outlined in case studies in the report.

Ingeo by NatureWorks LLC is highlighted by the USDA among the case studies in the report, for its potential as a superior food-packaging plastic with a production process that creates 75 percent less greenhouse gases and uses 50 percent less non-renewable energy than PET and polystyrene. The polylactide, which is made from lactic acid taken from cornstarch and has properties similar to PET, is not a PET replacement in all cases but it does have its place, the study says.

“NatureWorks determined not to use Ingeo to make plastic bottles because the material is technically breathable and the water it contains can eventually evaporate,” the study says. “However it is excellent for packaging leafy greens, as Ingeo allows a longer shelf life for the product.”

Enthusiasm for niche products is not enough to get bioplastics and other bio-based products off the ground, however, according to the report. Though NatureWorks is expanding in Thailand and Nebraska, and other companies are doing the same with their biochemical divisions, “innovation without a clear value proposition from the outset is a recipe for failure,” says Eastman Chemical Co. organic chemist Stewart Whitman in the report, suggesting that market analysis at the macro level to determine where bioproducts are a good fit is necessary.

Another recommendation in the report is that the federal government itself became a more reliable customer of bio-based products to help jump start the industry and raise awareness of the products’ availability.

“There is a general lack of awareness from the public regarding bio-based products, as is the case in some parts of the federal government outside USDA,” the report says. “Non-fuel bio-based products are virtually unknown to the people along the supply chain, including wholesale and retail distributors, Federal Strategic Sourcing Initiative contract holders [sellers], Federal buyers, and most importantly, American consumers.”

“The growth of plastics in recent years is linked to the advantages the material provides, and bioplastics are a part of that story by helping brand owners and manufacturers find new applications and solutions for products,” he said. 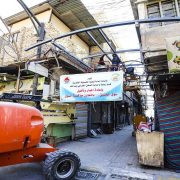