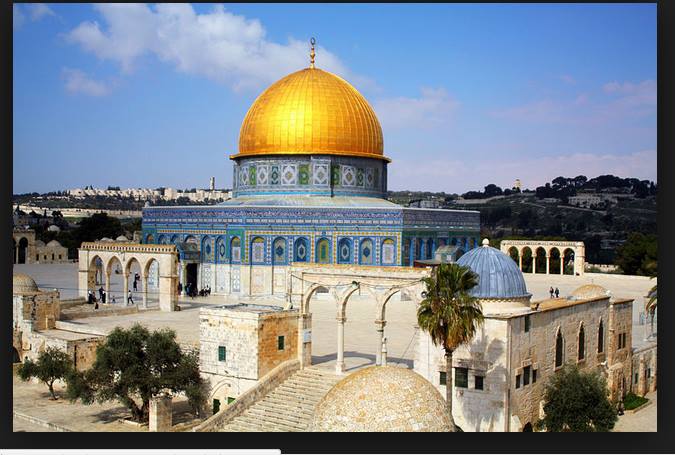 SHAFAQNA – How does a man like me, who has publicly announced on more than one occasion, that he is agnostic, even begin to tip his toe into the quagmire of religion? Any religion. But here I am, actually wading into those murky waters of religious zeal. The reason why I have made this giant step is because of one word. Jerusalem.

Let me explain. I have a long history of visiting Jerusalem, either on my own as a young man or on some occasions, accompanying my late mother who used to travel to Jerusalem every Friday to pray at Al Aqsa Mosque. I know every nook and cranny, every cobbled street, every mosque, every church, every square. I still have, in my nostrils, the aroma of the spices arranged in perfect pyramids. Then there were the jasmine, the pines, the olives, the pomegranates, the figs, the prickly pears, the grapes and the oranges of Jerusalem, each with their own distinct smell. I can still see the colours of the rugs, the embroidered dresses, the kaffiyyas, hanging in the stalls. I hear my own footsteps on the cobbled stones of the ancient city. I hear the call of the prayers from all the minarets in Jerusalem and I can hear the chimes of the church bells. I can see, in my mind’s eye the various inhabitants of the Jerusalem of my youth, hurrying to their places of worship, greeting each other with words of peace, love and togetherness. That was then.

Jerusalem today is a different city, with different aromas, different sounds and alien inhabitants. On a recent visit, in 2010, when I walked with my wife over the cobbled stones, trying to retrace my footprints all I could hear was the clack, clack, clack of army boots and clunk, clunk, clunk of army personnel carriers spilling their soldiers on every corner, armed to the teeth, threatening and belligerent. You could feel the fear in the air and you could smell the stench of hate and racism emanating from those soldiers. The Jerusalem I knew had altered beyond recognition.

Now there is a new wave of assaults on Jerusalem and the Jerusalemites because the Israeli government wants Jerusalem, all of Jerusalem as the undivided, exclusive capital of the Jews. No room for Palestinians, be they Muslims or Christians.

One particular piece of Jerusalem that the Zionists have been trying to devour for over a century is the fourteen hundred year old, Al Haram al Sharif (the noble sanctuary) and Al Aqsa Compound; what the Israelis like to call their Temple Mount.

Last April UNESCO reiterated a resolution that was passed by an international commission in the 1930s stating that the sole ownership of the heritage site belongs to the Muslim Wapf (trust). Cue usual noises and accusations of bias and unfairness from Tel Aviv, claiming that this was the site of an ancient Jewish Temple 3000 years ago. Never mind that Israeli archeologists have been excavating for the last 50 years under Al Aqsa Mosque and had found nothing, not even a piece of pottery that could link the Jews to this holy site.
Then again, last Thursday UNESCO passed yet another resolution that confirmed the previous one and condemned Israeli activities in and around the holy site. UNESCO was emphatic. The Jews had no connection to Al Haram Al Sharif and Al Aqsa Mosque compound. The resolution went on to say that Jerusalem belongs to the three monotheic faiths, Judaism, Christianity and Islam and was ratified yesterday, Tuesday 18th October.

The outcry from Israel has been vehement. Mr. Netanyahu described this resolution on his Facebook page as ‘absurd’. He went on to say; “Denying Jewish ties to Temple Mount is like denying those of China with the Great Wall or those of the Egyptians with the Pyramids.” Fancy that!
Another racist, xenophobic Zionist MK, Rabbi Yehuda Glick, the head of a movement to rebuild the temple, which is financed and supported by the Likud Party, said, “UNESCO’s resolution last week reminds us that 50 years of neglecting the Temple Mount led the world to make a mistake and think we are admitting we have no connection to the place.”
He went on to encourage Israelis to invade the holy sanctuary, which they did yesterday, protected by the Israeli Occupation Force.
My friends, it has been said that faith can move mountains. That may be the case. I, for one, would rather put my faith in the steadfastness of my people, their courage and their tenacity. And in time we Palestinians will move this brutal occupation from our land.

By Jafar Ramini – The views expressed here are the author’s own and do not necessarily reflect that of Shafaqna. 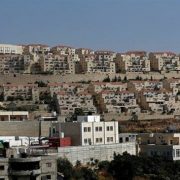 Obama calls for respect of holy sites in Jerusalem 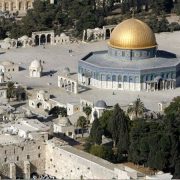