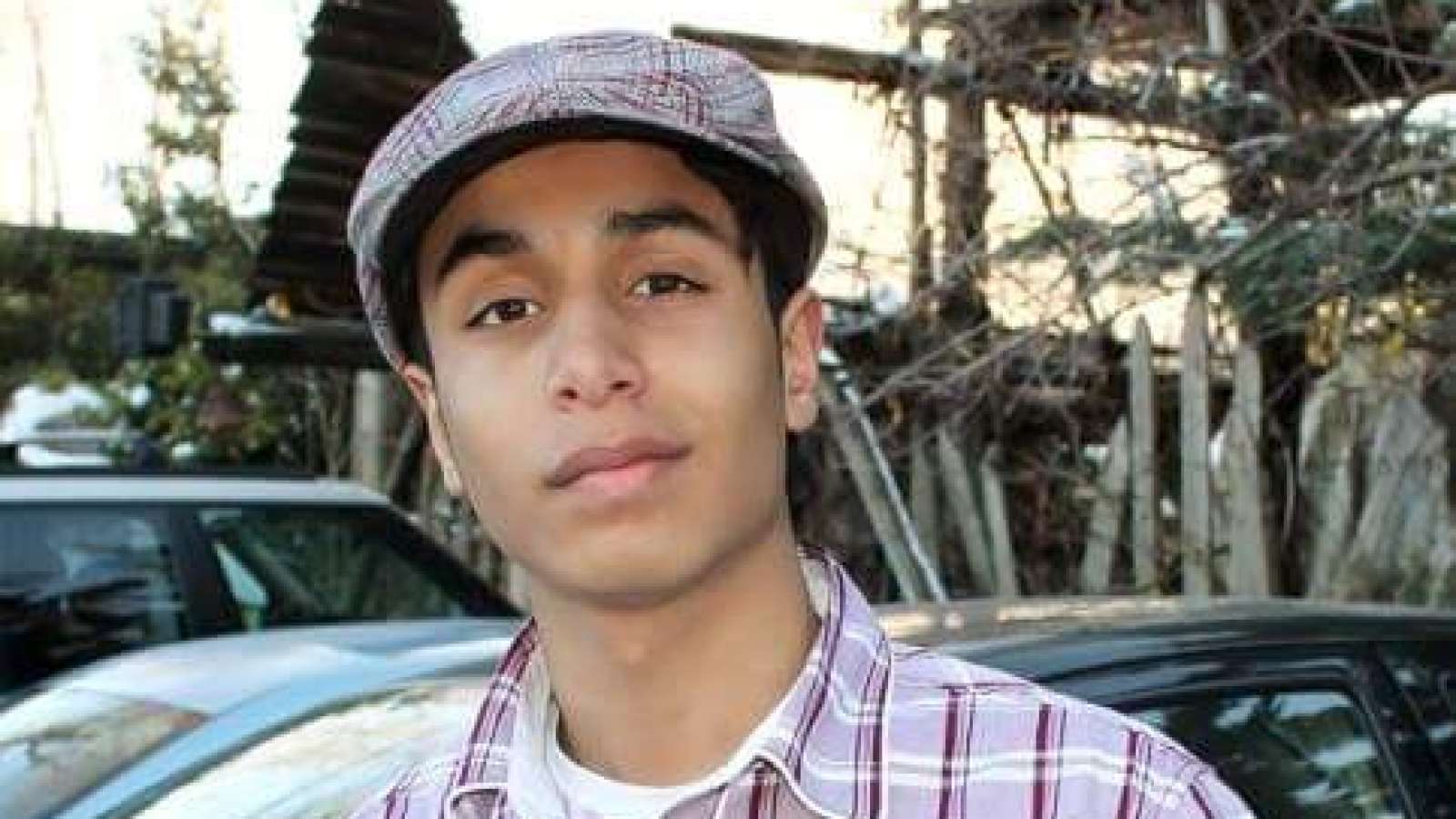 During the Arab spring protests in eastern Saudi Arabia, more than 300 activists were placed under arrest. At the age of 17, the youngest one of them was one Ali al-Nimr, who was arrested at an anti-government protest in 2012.

According to Ali’s father, Mohamed al-Nimr, the arrest was carried out by secret police hitting him with their car, resulting in multiple fractures and other injuries. Ali was hospitalized for several days before being transferred to prison.

The Saudi government’s accusations against Ali are wide-ranging and include ‘seizing guns and uniforms from a police unit’, ‘motivating other people to take part in the protests via social media’, ‘belonging to a terrorist organization’, ‘attacking police with Molotov cocktails’ and ‘incitement and stoking sectarianism’.

However, there is no evidence he is guilty of any of the crimes that he allegedly committed, except participating in the protest. In fact, he was forced to sign a confession in prison in 2014 obtained under  torture . Ali’s trial was held in secret without his or his lawyer’s knowledge and he was sentenced to beheading and crucifixion (in that order). All of his appeals to the Saudi Arabian Specialized Criminal Court and Supreme Court have been dismissed.

Mohamed al-Nimr explains that “there is a serious political element to Ali’s arrest. Many of the accusations relate to Ali’s uncle Sheikh Nimr Baqir al-Nimr, who criticized the government. Ali’s arrest is to stop Sheikh al-Nimr from criticizing the Saudi Government.”

Shia cleric and campaigner Sheikh Nimr Baqr al-Nimr was a dissident who played a  prominent role in supporting the Arab spring. He was popular among youths and called for diplomatic elections in Saudi Arabia. On the 8th of July 2012 he was arrested, sentenced to death and executed for terrorism offenses and ‘waging war on God’ in January 2016, which additionally created diplomatic tension between Shia and  Sunni governments.

Before Sheik Nimr’s death, many still assumed that his nephew was used as a threat to silence the cleric: “I fear my son was used as a card against his uncle”, Ali’s mother Umm Bakr told  The Times . But since Ali is still imprisoned and still being tortured, his family expects the beheading to be executed any day now. As is tradition in Saudi Arabia, they will most likely not be notified beforehand and will learn about Ali’s death through the media like everyone else.

After the teenager was imprisoned, there was widespread international uproar over his case. Several organizations and governments called for the execution to be stopped:

A group of United Nations human rights experts, including UN’s special rapporteur on extrajudicial or arbitrary executions, Christof Heyns, and Benyam Mezmur, the chair of the UN Committee on the Rights of the Child, issued a statement calling on Saudi Arabia to “immediately halt the scheduled execution” and give Ali al-Nimr “a  fair retrial”.

Jeremy Corbyn, UK Leader of the Labour party and Leader of the Opposition put pressure on the UK government to ask Saudi authorities to stop the execution.

French Foreign ministry spokesman Romain Nadal expressed his concerns about the scheduled execution since Ali was a minor at the time of his arrest.

“Saudi Arabia’s human rights record is already in tatters, but King Salman could at least prevent further damage by refusing to ratify the outrageous death sentence against Ali al-Nimr.”

Reprieve, an organization which campaigns against the death penalty, confirmed that Ali al-Nimr was “arrested without a warrant, held in pre-trial detention for two years, tortured and forced to sign a false confession. This was the only evidence brought against him.”

The hacker group  Anonymous claimed to have disabled several Saudi Arabian governmental websites for a few hours in protest against the death sentence.

Global civic organization Avaaz  launched a petition calling for the sentence to be overturned and gathered more than 1.5 million signatures.

But despite all the international criticism, the government has upheld the sentence to this day. Saudi King Salman bin Abdulaziz has already signed the execution order. According to a statement issued by ESOHR on 3 October 2016, Ali’s death penalty has been confirmed and the order for implementation of the execution has been issued by the King.

Ali is now 21 years old. Despite being kept in horrid unhygienic conditions and having to endure regular beatings, he finished his high school degree in prison. He was dreaming of becoming a lawyer. During a hunger strike earlier this year he lost 8kg.

During his very few short visits to see his son, Mohamed al-Nimr noticed signs of abuse on Ali’s body. His son “does not look like himself anymore”, and “he speaks like someone who has accepted his fate”:

“Father, I’m not the only person in the world who has suffered injustice and been falsely prosecuted.”

The latest news from Ali came from the director of  European Saudi Organization for Human Rights in Berlin, Ali Adubisi. He states:

“The most important thing is that the sentence still remains intact and this means the execution will be carried out at any time. Of course short monthly visits from his family and a few short phone calls per week don’t change anything; the demand is that Ali should be released immediately and the sentence should be dropped. Also there should be a trial for those who are responsible for his arrest, torture and suffering.”

THE VIOLATIONS AND THE APPEAL

Zena Esia from the European Saudi Organization for Human Rights explains: “The only way to get Ali out of this would be a royal pardon. Whether he will be released or not depends on what the king decides.”

In sentencing a child offender to death, Saudi Arabia has violated its obligations under international customary law and the Convention on the Rights of the Child, to which it is a state party. The Convention provides that “neither capital punishment nor life imprisonment without possibility of release shall be imposed for offences committed by persons below eighteen years of age.”

The Saudi Arabian Law of Criminal Procedures clearly and categorically prohibit the use of torture or other ill-treatment. However, in Saudi Arabia defendants are routinely subjected to such practices to force them to “confess” to committing crimes.

Looking at Saudi Arabia’s past actions, it is obvious that the execution of Ali could be easily carried out by the government. In 2016, as part of the same mass execution in which Sheikh Nimr was killed, Saudi executed four minors including Ali Al-Rebh, a peaceful protester from the same town as Ali Al-Nimr in the eastern province. Saudi has executed minors before and is likely to do so again.

Ali should not become yet another example of the unlawful death penalties and unfair trials imposed upon anti-government activists that have become so prolific under the current Saudi King. His fate and that of any other child offender cannot be accepted and justice has to be demanded until a royal pardon from King Salman bin Abdulaziz has been granted. 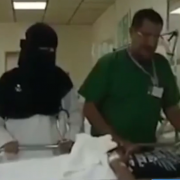 Mayor of Hiroshima to speak on Genocide Memorial Day 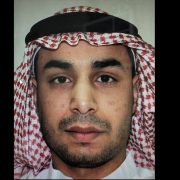 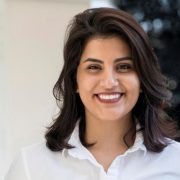