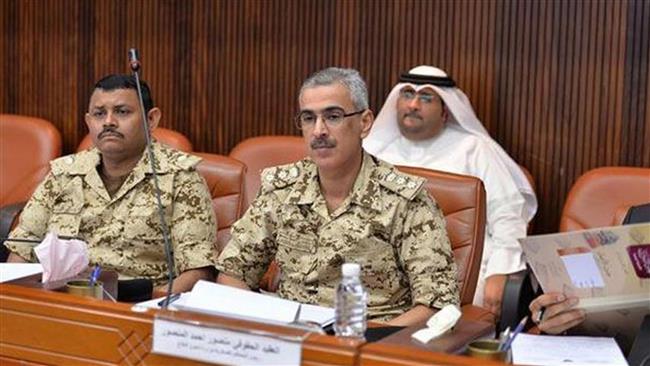 SHAFAQNA IN COLLABORATION WITH THE SHIA WORLD FORUM – A Bahraini judge with a history of involvement in torturing human rights activists and journalists is appointed by Saudi Arabia to investigate war crimes in Yemen committed by Saudi Arabia.

The army officer assigned to investigate alleged Saudi war crimes in Yemen played a key role in the 2011 crackdown on Arab Spring protesters in Bahrain, MEMO can reveal. In the wake of the start of the ongoing 2011 uprising, Bahrain’s military lawyer Colonel Mansour Al-Mansour presided over the First Instance Court of National Safety, a tribunal set up to process the trial and prosecution of hundreds of peaceful protesters and human rights and pro-democracy activists after they took to the streets calling for urgent reform of the tiny Gulf monarchy.

Al-Mansour now acts as legal adviser to the Joint Incident Assessments Team (JIAT), the body set up by the Saudi-led coalition to investigate bombings against civilian targets. He is playing a key role in assessing whether human rights violations have taken place.

Amongst Al-Mansour’s notorious convictions are the so-called “Bahraini Thirteen”, a group of activists, journalists and politicians who alleged torture, including sexual assault and beatings, during their detention. Several media and foreign human rights monitors were barred from observing their trial, the conduct of which drew strong criticism from the United Nations, European Union, Human Rights Watch and Amnesty International.

Religious leader Mirza Al-Mahroos, who was convicted by Al-Mansour to fifteen years in prison, said that he was “unable to stand due to the severity of what had happened to me.” This was a reference to the alleged daily torture and beatings during his pre-trial detention; on one occasion, he claimed that an interrogator stuffed shoes into his mouth. “I could not look at [the judges] because of the beatings on my eyes,” he recalled. Al-Mansour, he complained, had failed to respond to complaints of torture when raised.

According to Sayed Ahmed Alwadaei, the Director of Advocacy at the Bahrain Institute for Rights and Democracy, Al-Mansour sentenced protesters vindictively on behalf of the Bahraini regime. “Rather than being held accountable,” he told MEMO, “Al-Mansour has been promoted to whitewash the humanitarian crisis in Yemen. His story is a clear marker of the descent of Bahrain and the Gulf further into dictatorship and authoritarianism.”

Others convicted by Al-Mansour include Abdulhadi Al-Khawaja, a human rights activist and co-founder of the Bahrain Centre for Human Rights, as well as the academic and writer Abduljalil Al-Singace, who was arrested initially on his return from Britain where he attended an event in the House of Lords in parliament in August 2010. Al-Singace was detained for six months before being released at the height of the protests, re-arrested, then sentenced by Al-Mansour to life imprisonment. Both men continue to serve their sentences and have been on several hunger-strikes in protest at their incarceration.

Human Rights Watch called the conduct of the trials “unfair”, characterised by “serious due process violations.” The organisation’s official report concluded that “serious abuses included denying defendants the right to counsel and to present a defence, and failure to investigate credible allegations of torture and ill-treatment during interrogation.” Those on trial included health workers, with one nurse convicted of “destroying moveable property in furtherance of a terrorist purpose” because she allegedly stepped on a photo of the prime minister. 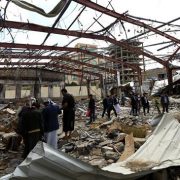 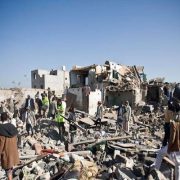