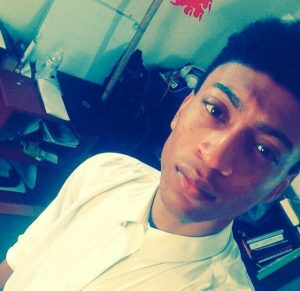 SHAFAQNA- In June of 2015, I had felt a strong urge to read the Quran. I had heard about it and listened to a little bit of it, but I wasn’t really interested until the date above. When I downloaded the Quran app on my phone and began reading it, I felt empowered and I loved it.

For the first question, please introduce yourself.
My name is Noah Davis and I was born in Richmond, Virginia in America. I am currently a first year student at Reynolds Community College in Virgins to pursue the career of teaching; however, inshaAllah I wish to attend the Hawza Ilmiyyah in Qom, Iran in the year 2017.
I converted to Islam in September of 2015, but I discovered the truth of the religion in June of 2015; that’s when I began practicing.

What was your religion before converting to Islam? And what happened that you converted to Islam?
Before I was Muslim, I was born into a Christian household. Recently, however, I found out that my father had been born Muslim and he is currently Muslim. But, he and my mother do not live with one another.
In June of 2015, I had felt a strong urge to read the Quran. I had heard about it and listened to a little bit of it, but I wasn’t really interested until the date above. When I downloaded the Quran app on my phone and began reading it, I felt empowered and I loved it. It also happened to be maybe a week before the Holy Month of Ramadan, so I decided to fast then too, and also learn how to pray. It wasn’t until I went to a college in Florida where I met a Shi’a brother who helped me understand Shi’a Islam and to read my shahada. This happened in September of 2015.

Why Shiism? What specifically attracted you to Shiism?
Before, I was practicing sunnism up until September when I read my Shahadah at a Shi’a masjid. When the brother helped me learn more about Shiism, I slowly began to understand it.
However, it wasn’t until I left the college in Florida that I started to become convinced that Shiism was correct. I was watching at least one lecture a day from November 2015, although recently it has been not so frequent. During that time, I was interested in knowing who Ahlulbayt (AS) were and the miracles of the Quran.
One lecture that completely convinced me that Shiism was correct was Sayed Ammar Nakshawani’s lecture on Hadith al-Thaqalain. When he said it was “Quran and Ahlulbayt (AS)” and not “Quran and Sunnah”, I was shocked. So I went to look for myself in Sahih Muslim and I saw what he had said. This proved to me that Shi’a Islam was on the truest course towards Allah.

Do you see any connection between your existential need and converting to Islam?
Because my existential need is to be connected to Allah, He Who is Perfect and Pure in His Oneness, my converting to Islam was more of a “reversion”. Since we are all given a fitra, we automatically wish to be closer to Allah. Perhaps it is the case that Allah Allowed my fitra to guide me to Him and He accepted me to be His servant Alhamdulilah.

What was your feeling when you prayed for the first time? What does it mean to you?

Well, the first time I prayed it was an interesting experience. It took few moments to remember the Arabic and try to say it correctly, but overall, it felt amazing.
Part of what attracted me to Islam is how Muslims pray together and are encouraged to be together often. The prayers together feel like one united people praying to One God. It’s a feeling that it can’t really be described in words. Salaat is one of the aspects of Islam that I like a lot.

Did people around you start to disapprove with you after converting to Islam? Or better to say what was the reaction of your friends and family after converting?
Well because I didn’t have many friends at the time, no one was really informed about my conversion except for a few. They weren’t phased by it. My family, however, thought I was either spending too much time alone, because I was in my room a lot studying and praying, or that I was speaking to people who were dangerous.
There were a few disputes because my family is very over protective of me; however, now they are more understanding and even ask questions and support me Alhamdulilah. I consider this a true blessing from Allah.

Sure, Alhamdulilah. Is your father Shia too? Do you have contact with him?
I don’t believe he is. He might be Sunni. And yes, recently, after 5 years, I have come back into contact with my father Alhamdulilah. We are now closer too.

You talked about Ahlulbayt (AS) and as you know we are in Muharram, in these days most of the Muslims mourn for our Imam Hussein (AS) all over the world. Please tell us about the commemorations you hold in your state for these days.
In these days, we have held commemorations for the days of Muharram. We generally have a small community which is more like a family. We have English and Arabic lectures for the most part. Then we do matam of Imam Hussein (AS) and read a short dua followed by Dua faraj. Then we proceed to help others get food so they may eat. We also have a mawkib-like table outside where we serve tea and other things.

At the begining of our conversation, you talked about attending hawzah ilmiyyah in Qom, why there?
It’s my choice for Hawza because many of my friends are there already so I won’t feel too alienated. Also, I am to be married inshaAllah next year to a sister from Nigeria who also is attending Hawza in Qom. But in general, I really wish to be in Qom because of the many narrations that speak about how amazing the area is and I wished to be a part of it to experience it.

InshaAllah you will attend and will be successful in this path.
InshaAllah. Thank you very much.

As you talked about marriage and forming family, let me ask you this question: How do you analyze the family institution according to Christianity and Islam?
In regards to Christianity, from my own experience, family is very important. They are close and come together for various events. In Islam, however, I find it to be closer due to the fact that there are rights that must be observed by each member upon the other. In this way, the family members can disrespected or usurped of their rights without compensation for that action. Specifically, I like that there is no relation before marriage become it keeps chastity between the individuals.

What is your opinion about hijab? Do you think it is only dedicated to women?
I believe hijab is very good in fact. Because hijab is a physical covering for women and a casting of the eyes down for men, I think it is very useful. I don’t believe it even oppresses women. I feel it saves them from being bombarded with filthy looks and harassment. With men, the casting of the eyes down certainly does keep our desires on check. So overall, hijab is wonderfully universal.

Universal! That’s interesting and completely true ofcourse. Well, please tell me how do you see the spread of Islam in America?

I see it as something that shouldn’t be considered odd. Explorers came to this country as wiped out the native Americans basically. And then they spread their ideology throughout the country. Islam simply wants to live in this country.
The reason why there is fear in this country is because there is a collective ignorance of the truth and a lack of inspiration to find the truth. Many people here are used to being told what to believe unfortunately so they don’t feel the need to know whether or not they are hating a specific people unjustly.

And of course media has a significant role in distorting the truth.

Yes of course. Which is why there must be some type of drive from the American people to go out and find the truth instead of letting a twisted version of it be dictated to them through a television screen.

Yes, He is a great man and also a wise leader. A large number of people in Iran have also selected the Supreme Leader as their marja.

Yes I agree. I find him to be very knowledgable.

Have you ever had time to study about Imam Hossein’s (AS) uprising? If so, what do you think?

Imam Hussein’s (AS) stance was one that was full of conviction. He teaches us not to allow oppressors to rule freely without us making our voice heard against them. He also emphasizes the importance of faith. Even while arrows were flying at him, Imam never once thought of abandoning his salaat or duties towards Allah. Throughout the entire event of Karbala, Imam Hussein (AS) was in acts of worship. Whether he was praying, fighting against evil, sacrificing for the sake of Allah, remaining patient, forgiving others for the sake of Allah; he was never stagnant in increasing his spiritual rank.

If you want to say some words about the beauty of Islam, the peace, the calmness you have found in this religion, what do you say?

I find that the most calming thing in Islam is the fact that this world isn’t forever, and that Allah has an entire existence that He will bring forth which we will stay in forever. Knowing that we have a whole new life to live after this one brings me to a state of peace but also carefulness. Because the next life is more crucial than this one. So when I’m going through hardships, remembering this is all temporary is the most comforting and peaceful understanding I ever have known.

What is the message of Arbaeen walking from Najaf to Karbala to the people around the world in your opinion?
I feel that the message is one of remembering the past and purification of the self. As we walk from Najaf to Karbala, we can recall how the Imam and his caravan travelled during his time. It almost would bring a surreal feeling.
But in regards to purification, it helps us to realize that though we walk the same trail as Imam Hussein (AS) now, we may not be able to do the same with the Imam of our time. We have to begin working on ourselves with regards to walking in the caravan of al-Mahdi) AS) and also recall the pains of those who did walk this path.

What are the expectations of Ahlulbayt (AS) from Muslim Ummah? Do you think they can have any expectation?

I believe the Ahlulbayt (AS) wish for the Muslim Ummah to obey the commands of Allah. I don’t think they expect more than that. They would never expect more than what Allah expects from us.

At the end, if you have anything to add, please mention.
Thank you sister for the interview. InshaAllah you will have success in this world and the hereafter. And always remember Imam al-Hujja (AS).

Thank you very much for your attention. It was a very good conversation. 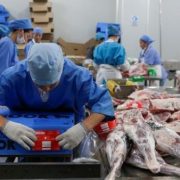 Mongolia's Halal meat exports on the path to growth 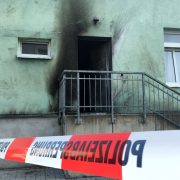 The tragedy of being Muslim playing at a theatre near you 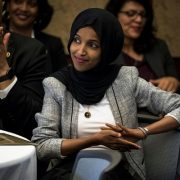 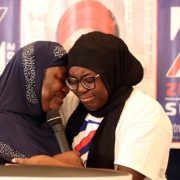