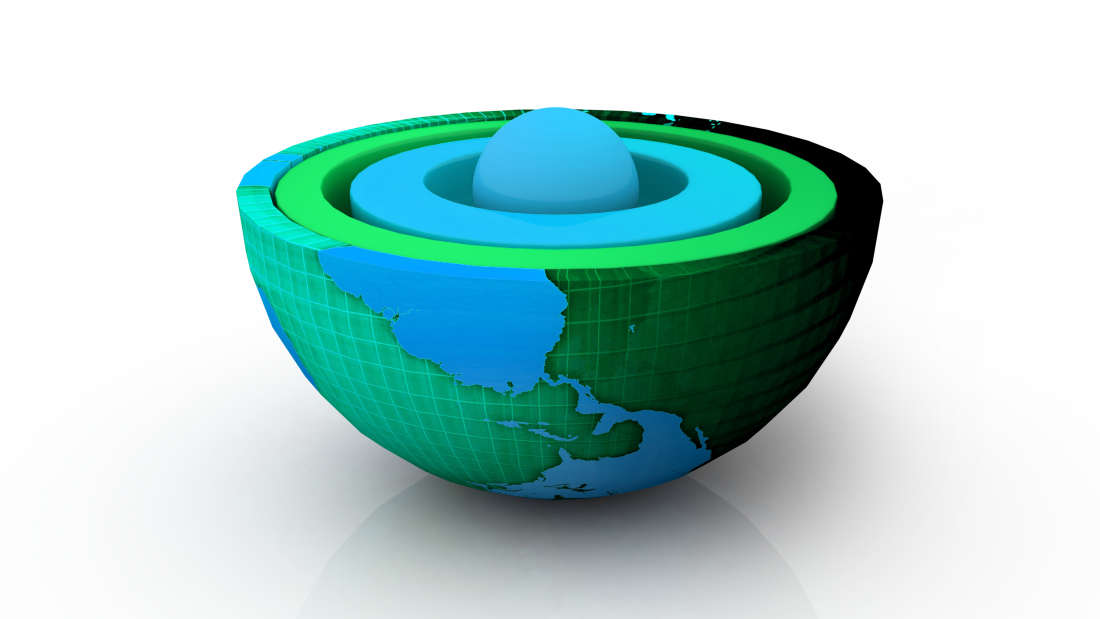 SHAFAQNA- How deep does Earth’s water go? Well, if this latest study is correct, pretty darn deep – a third of the way to Earth’s core.

That’s the conclusion of Steve Jacobsen at Northwestern University in Evanston, Illinois and his colleagues. Their study is published in Lithos, and was recently picked up by New Scientist.

Near the São Luíz river in Juina, Brazil, Jacobsen and his colleagues found a diamond that has a small imperfection, called an inclusion, that hints at a wet beginning 90 million years ago.

Analyzing the diamond, the scientists found hydroxyl ions in its chemistry, which is a compound normally formed by water molecules. Importantly, the team also found evidence of metals that likely originated in Earth’s lower mantle.

The inclusion itself was mainly made of ferropericlase, a mix of iron and magnesium oxide, which can absorb other metals such as aluminum and titanium in hot pressurized environments – like Earth’s lower mantle.

These metals, though, had separated within the diamond as it made its way to the surface. Thus, they were able to estimate the depth at which the diamond formed, which seems to have been about 1,000 kilometers (620 miles) deep, suggesting there is a source of water at this depth.

“This is the deepest evidence for water recycling on the planet,” Jacobsen told New Scientist. “The big take-home message is that the water cycle on Earth is bigger than we ever thought, extending into the deep mantle.”

This isn’t the first time scientists have proposed that water may have been stored far beneath Earth’s surface, but it’s good evidence that this is actually the case.

However, it’s unlikely this water is in the form of a vast subterranean ocean. Instead, in Jacobsen’s own words from an article in the Smithsonian back in June, it is more similar to “milk in a cake”. In other words, the water is “baked” into the rock itself.

Where this water came from, well, that’s another problem altogether. Currently, scientists aren’t sure if our planet has always had water, or if it was delivered by objects like asteroids. Determining the age of this water could reveal an answer.

The closer you get to the 4.6-billion-year age of our planet, when the surface was mostly molten rock, the more likely it is that our planet has always been wet. And diamonds like this latest discovery could help us get to the bottom of it.

Hope for Resolving the Water Conflict in the Middle East

Hundreds of iraqis resumed protest in demand of basic services

what shape is the earth?

The Compulsion of Water Cooperation
0 replies