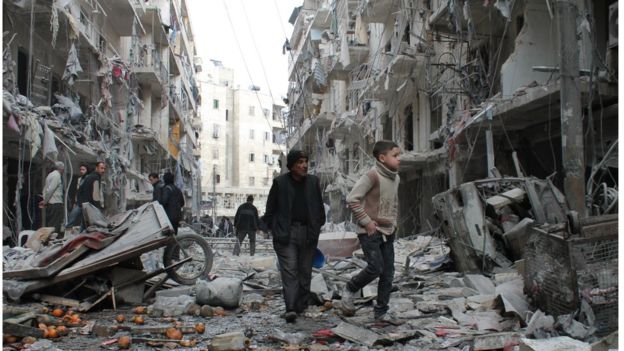 SHAFAQNA – While I doubt that any sane person remains under any impression that western powers and their beloved Arab allies are genuine when they speak such words as: democracy, freedom and justice for the oppressed, hypocrisy has reached diseased levels of inhumanity.

Ever since the Syrian Arab Army broke Daesh’s back in Aleppo and quite literally sent Wahhabis into a free fall, Washington and Co. has spun lies after lies, crying genocide as they have attempted to offer cover for their mercenaries.

Today two villages, two Shia villages: Kufa and Kefraya are once more sitting at the mercy of Wahhabism’s legions, and still it is the Syrian Arab Army which is being vilified.

Has the world checked out its humanity at Al-Saud’s golden door? Have we lost sight of the reality of this war? Have we forgotten that an entire people stand to be butchered for its communities still aspire to follow their faiths and their religious school of thoughts?

Are we arguing for Syria to become a bleeding vacuum so that corporations could finally move in and churn a profit? Are we seriously making the case for a Wahhabist takeover?

This war in Syria sits far beyond politics and agendas – this war in Syria is about our humanity, our decency, our ability to see in others those rights we claim for ourselves. 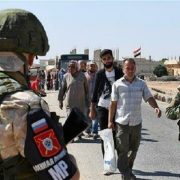 SANA: Over the past 23 days, no civilian was allowed to leave Syria’s Idlib 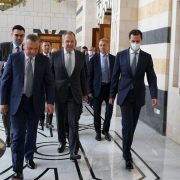 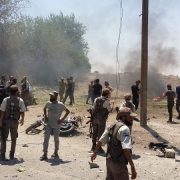 EU: Only Syrians can decide on their future, adopt new constitution