SHAFAQNA – On the 15th December 2016 the Christian Muslim Forum held an  event at the Al Khoei Foundation celebrating the festival of Christmas and the occasion of Mawlid al-Nabi.

Ayatollah Milani, Dr Damian Howard SJ and Mariam Hakim reflected on the birth narratives in the Holy Qur’an and Holy Bible.  It was a fascinating evening, weaving scholarship with ancient stories and contemporary life.

The first speaker was Reverend Dr Damian Howard who teaches Christian-Muslim relations at Heythrop College in the University of London. Dr Damian started by explaining what Christmas is which is the birth of a boy who changed history, whose perfect life to live life as it was meant. He explained what is the meaning of  Jesus, the anointed one. He said, “Messiah is a king”. In the book of Mathew, the  names of genealogy are mentioned in three parts. The first beginning with Abraham ending with King David which tells a story of covenant. The second part  tells a story about decline and the third story speaks about the end of exile and about birth of Messiah.

The exile was a long time of expectations and a time of testing trials, learning the great virtue of faith. Dr Damian explained that in Jesus ‘s birth is mentioned in Luke’s Gospel which is also recounted in Quran, the story of conception when angel Gabriel visits Mary and tells her about the birth of her son. Mary said,” How can this be? “

Gabriel said, “You will conceive and give birth to son and he will be called son of the most High and reign over Abraham’s descendants forever!” Jesus is a king like no other not like David or Solomon who were  heads of state and certainly not like Pharaoh. The feast of Easter shows us that Jesus’s kingship lasts forever. God’s power is summed up in one word “love!” Jesus is king over creation subdues enemies of God-sin. Where is this world of justice and peace?

Jesus is a king that reigns through the power of love. According to the Gospel Jesus was born in stable making his power felt in everyday life. The whole world is entitled to celebrate the birth of Jesus.

Ayatollah Sayyid Fazel Milani spoke about how we celebrate  the birth of the Prophet Mohammed as is mentioned in Surah 21 of the Quran as a mercy of the universe. According to Islam, Jesus is a great messenger of God. There many verses that say all messengers are respected and that those who differentiate between them are not believers. There is one full chapter in the Quran named after Mary, which mentions the immaculate conception which describes the birth in a very nice way beneath a palm tree. When Mary felt the pangs of birth she felt lonely. She was told to shake the dry palm tree. In addition to Jesus described as “al masih”we hear Jesus is God’s word. Ayatollah Milani further mentioned that all divinely appointed messengers are ambassadors of God conveying the same message to humanity. In the Quran, each prophet is approving and confirming all part of one message. Muslims believe that Jesus gave glad tidings of Prophet Muhammad.

The nature of Jesus differs in that Islam clearly states the nature of Jesus is not the son of God because God does not beget or is begotten. Muslims respect Jesus son of Mary as a great messenger of God. The miracles that are uniquely referred to Jesus include, bringing to life the dead, curing diseases and shaping a  piece of clay into a bird and breathing life into it. What is very important Allah tells us in the Quran that these abilities are granted by God’s permission. Ayatollah Milani mentioned that if we learn from Jesus and Prophet Muhammad and act on their teachings, we will see a better life.

Mariam Sheikh Hakim works with the CMF and spoke about her recent article in the Huffington Post called,”Christmas without the trimmings: the Islamic nativity scene.”

Mariam presented the Muslim perspective on the birth of Jesus

Mariam described what an Islamic Nativity Scene would look like based on descriptions given in Chapter 21 of the Quran verse 91. What signs would the scene look like? In Chapter Marium, there is no mention of  Joseph, a Christmas tree would be a  date palm, the voice from below would be the voice of Jesus and he later goes on to speak to the community as a baby. Mariam spoke about how the normal technique to have  a baby are changing which include shaking a hanging instrument, having a water birth are very popular as well as being advised to have small energy snacks, The story as depicted in the Quran spoke to her as a mother. How would this Islamic Nativity look?

The Islamic narrative provides much food for thought, if not least for the following reasons:

With this in mind, how would this Islamic nativity scene look? It would be the image of a single mother outdoors, cradling her newborn, alone in a deserted place and leaning against a date palm tree. There would be a stream at her feet and dates on the ground as well as in her hands. She would most likely have an exhausted smile of relief on her face as she looks at her newborn Jesus, who embodies peace on earth – affirmed shortly after in this Quranic chapter by Jesus himself declaring ‘peace is on me the day I was born, the day I will die and the day I will rise again’ (19:33). 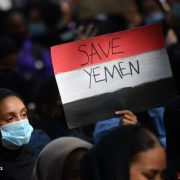 Photos: Widespread protests against the massacre of Yemenis in London 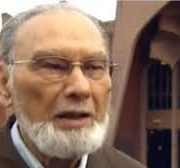 First Muslim councillor and Glasgow politician dies at age of 93 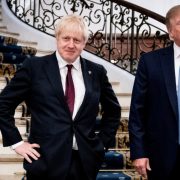 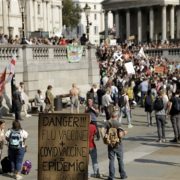