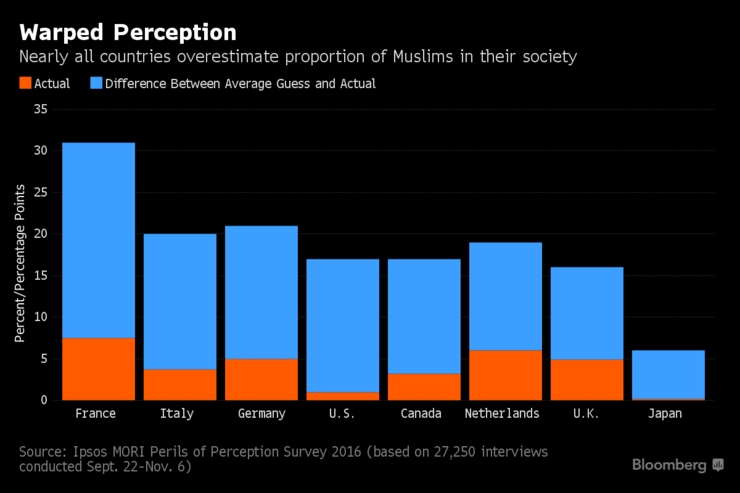 SHAFAQNA – Europe has been rocked by terror attacks conducted in the name of the jihadist Islamic State, Donald Trump campaigned on a pledge to close U.S. borders for Muslims, and millions of Syrians are seeking refuge from a civil war. While not all the asylum seekers are Syrian and not all of them are Muslims, the religion’s high profile in European news this year has distorted the way it’s perceived by the wider public. Populist politicians may exploit this misperception, which is strongest in France where Marine Le Pen is set to run for president next year on an anti-immigration platform.

Discrimination against Muslims at airports hurts fight against terrorism