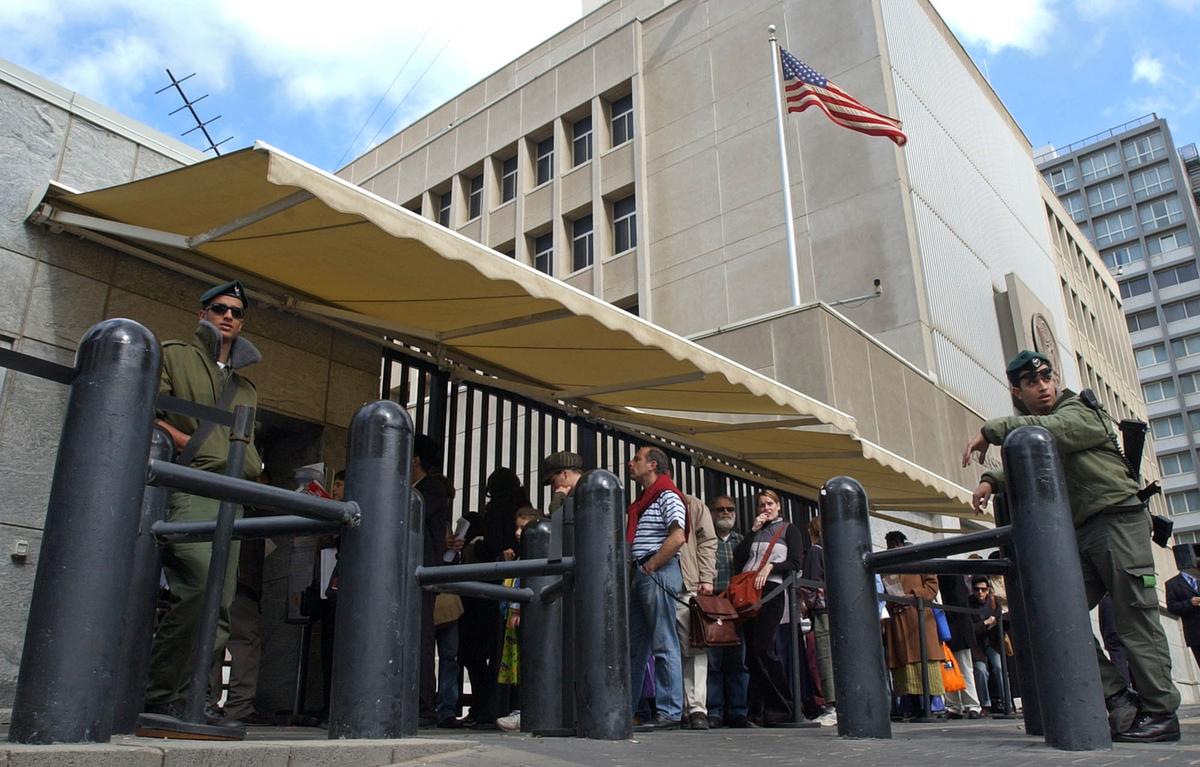 SHAFAQNA – As inauguration day draws near, U.S. allies in the Middle East, alongside Palestinian leaders and American diplomats, are warning President-elect Donald Trump to forget his campaign promise to move the U.S. Embassy in Israel to Jerusalem.

A top government minister in Jordan, Israel’s pro-Western neighbor, said the embassy move from Tel Aviv to the contested city of Jerusalem would have “catastrophic consequences,” inflaming religious passions and rallying extremists in the region.

The Palestinians have also called the move “a red line” that would dash hopes for a two-state solution to their long-running conflict with the Israelis.

Palestinian leaders are now pleading with Trump not to do it. They have asked mosques around the world to offer prayers this Friday against the move.

“This is a message of protest,” said Mohammad Shtayyeh, a senior Palestinian official and former peace negotiator.

“The call for prayer is to say we don’t accept this,” he said, signaling how quickly the issue had moved from the diplomatic realm to the sectarian street.

The Palestinians also want churches to ring their bells Sunday in protest of the proposed move.

Shtayyeh said that if Trump moved the embassy to Jerusalem, the Palestine Liberation Organization would consider revoking its recognition of the state of Israel. If such a threat is carried out, it would mark the collapse of the 1993 Oslo peace accords.

Advocates for the embassy move say that Trump should not be cowed by threats of possible violence. Israel’s ambassador in Washington, Ron Dermer, has said the move would send “a strong message against the delegitimization of Israel and of Jerusalem as the Israeli capital.”

In Israel, speculation is rife that a move could happen on May 24, the national holiday of Jerusalem Day, which marks the city’s reunification after the 1967 war.

But some U.S. diplomats, including former Middle East peace negotiators, say the move would do little to advance U.S. interests in the region.

“It was and is a symbol of American policy, which has always been that the status of Jerusalem should be resolved through negotiations, and any effort to move it unilaterally would be disruptive and dangerous for everyone,” said Philip Wilcox, the U.S. consul general in Jerusalem from 1988 to 1991.

“It’s playing with fire,” Wilcox warned. “It would quite likely incite acts of Palestinian violence and terrorism, not only there but everywhere. It would alienate other Muslim states and make our role in trying to preserve some stability and peace more difficult. It would alienate the international community. And all it would accomplish is the goodwill of the Israeli right wing.”

Every U.S. administration has wrestled with the embassy issue since the 1967 Arab-Israeli war, when Israel captured the eastern Arab half of Jerusalem from Jordan in six days of fighting.

Israel considers Jerusalem its “eternal, undivided capital.” In election after election, U.S. presidential candidates have vowed to relocate the American Embassy, then demurred once in office. Every embassy in Israel is in Tel Aviv.

But Trump’s transition team has signaled that he may actually carry out his promise. Trump’s bankruptcy attorney, David Friedman, the designated U.S. ambassador to Israel, has said he expects to take up his post in Jerusalem. Trump adviser Kellyanne Conway called it a major focus.

Jerusalem is like no place else, its history sacred and bloody. The city has been seized, razed, lost and fought over for 3,000 years. It is not only a center of three world religions, but it also remains a disputed city today, divided between the occupied Palestinian villages and refugee camps in the east and the Jewish neighborhoods in the west.

For most countries, the United States included, the final status of Jerusalem awaits a peace deal between Israel and the Palestinians, who want the eastern half as the capital of a future state of Palestine.

Moving the U.S. Embassy from seaside Tel Aviv would likely be interpreted by many as a tacit acknowledgment that the United States recognizes Israeli sovereignty over the whole city.

Behind the diplomatic optics, the practical needs of a modern-day U.S. embassy revolve around security. After a string of embassy bombings elsewhere, Congress embraced the idea of American missions as fortresses to protect diplomats. It passed regulations mandating a 100-foot perimeter.

If Trump decides to relocate the embassy, he has several options.

The most costly would be starting from scratch on a site already leased by the U.S. government. That could take four years or longer.

Or it could be as simple as erecting a new sign on the U.S. Consulate that already exists in West Jerusalem and calling it the embassy.

It could even be a virtual embassy, with the Trump administration announcing that all ambassadorial duties will henceforth be conducted in Jerusalem – and the ambassador could meet people in the lobby of the King David Hotel, for example, if he wished.

Until recently, the Arab governments have been mostly silent on the prospect. Diplomats confessed that they did not really believe that Trump was serious about moving the embassy; they thought it was just a campaign boast.

Now the Palestinians are taking what they see as a threat seriously.

“This is something huge,” said Majdi Khaldi, a senior adviser on diplomatic affairs to Palestinian Authority President Mahmoud Abbas. He warned of a “tsunami” if the embassy were moved.

“The peace process in the Middle East, and even peace in the world, will be in a crisis we will not be able to come out from,” he said.

Jordan’s usually low-key minister of information, Mohammed al-Momani, said that moving the embassy to Jerusalem would have “catastrophic consequences” and be a “gift to extremists.”

Jordan plays an outsize role in Jerusalem, serving as custodian of Islam’s holy sites in the Old City, including the golden shrine of the Dome of the Rock and al-Aqsa Mosque, considered the third-holiest in Islam.

These Muslim sites are built upon the site that Jews consider the holy of holies and the place where their first two temples, now destroyed, once stood. Today, Jews pray at the Western Wall of the Temple Mount.

The Obama administration opposes the embassy move. Secretary of State John F. Kerry has warned of “an absolute explosion” in the Middle East if it happens.

Not only could it stoke violence, Kerry told CBS that moving the mission “would have profound impact on the readiness of Jordan and Egypt to be able to be as supportive and engaged with Israel as they are today.” Jordan and Egypt have peace treaties with Israel.

Among Israelis, there is broad support for moving the embassy to West Jerusalem, where Israel’s parliament, supreme court and government ministries are all located. 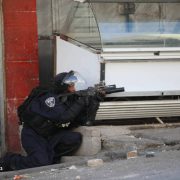 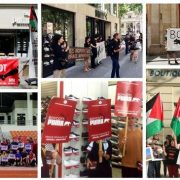 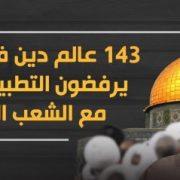 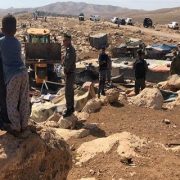