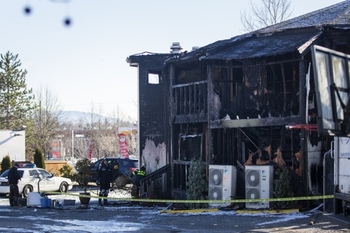 SHAFAQNA – After an arsonist damaged a mosque in Bellevue, US state of Washington, the local Muslim community was in need of a new place to pray — so their Mormon neighbors offered them one.

According to KOMO-TV, an arsonist set fire to the Islamic Center of the Eastside on Jan. 14. Police arrested a suspect at the scene.

Unable to use their mosque, the Muslim community gathered to pray at a local community center, but they were in need of a more permanent space until they were able to repair the damage.

So their neighbors, the Bellevue Stake of the Church of Jesus Christ of Latter-day Saints, stepped up to help.

The Mormon community offered a large room to their Muslim neighbors to use free of charge until they can resume worship at their mosque.

In addition to the room, the Mormon community left welcoming messages for the Muslim worshipers.

“It was a surprise, and it was very heartwarming,” Islamic Center board member Shams Pirbhai told KOMO. “That means a lot to me and to our whole congregation.”

Pirbhai said the Islamic Center plans to lease a larger space in the coming months and added that they are grateful for the outpouring of support they received from their neighbors and the Bellevue community.

“They are really good neighbors and really helping us out,” Pirbhai said. “And we appreciate that.”

Imam Faizel Hassan told the Seattle Times that, in addition to their Mormon neighbors, Catholic, Church of Christ, Jewish, Lutheran and Seventh-day Adventist congregations have offered assistance as well. 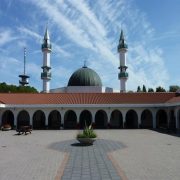 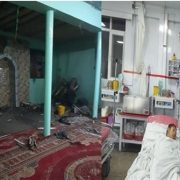 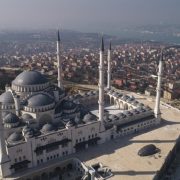