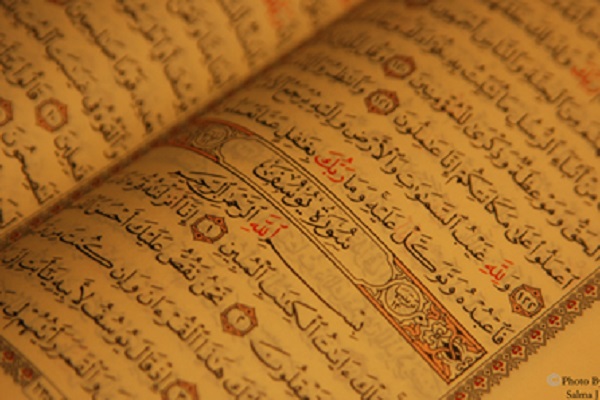 2:106: For any verse that We abrogate or delay its abrogation, We bring another which is better than it, or similar to it. Do you not know that Allah has power over all things?

2:107 Do you not know that to Allah belongs the kingdom (sovereignty) of the heavens and the earth? And besides Allah, you do not have any guardian or helper.

Commentary: The aforementioned verse asserts the existence of abrogated verse(s) in the Quran. There is no consensus amongst scholars on verses that have been abrogated, however the number is very few. For instance, the late scholar Ayat-Allah Abu al-Qasim al-Khoei [Farsi: (سید ابوالقاسم خوئی)] holds the opinion that there is only one abrogated verse, whereas the late Allamah Tabatabai [Farsi: (علامه سید محمد حسین طباطبائی‎‎)] cited five abrogated verses.

The abrogated verses speak about obligatory day-to-day religious laws and rulings. One might ask as to why Allah (SWT) would ordain a legislation and later on abrogate it. This commentary seeks to answer this question by citing a few examples.

The first example concerns the use of intoxicating substances in the pre-Islamic era, where the consumption of these substances was widespread amongst the Bedouin peoples of the Arabian Peninsula. Islam banned its consumption in stages. In the beginning, the rulings demanded people to be sober only during daily prayers [An-Nisa 4:43]

يَا أَيُّهَا الَّذِينَ آمَنُوا لَا تَقْرَبُوا الصَّلَاةَ وَأَنتُمْ سُكَارَىٰ حَتَّىٰ تَعْلَمُوا مَا تَقُولُونَ ….. ﴿٤٣﴾
4:43 O you who have faith! Do not approach prayer when you are intoxicated, [not] until you know what you are saying,

Later on, however, the Quran declared that there is gross sin, but some benefits, in intoxicants. Ultimately however, the sinfulness outweighed the benefits [Al-Baqara 2:219]:

2:219 They ask you about intoxicants and gambling. Say, “There is gross sin in them, and some benefits for people, but their sinfulness outweighs their benefit.” ….

Eventually, a verse was revealed that stated all intoxicants are abominations of Shaitan’s acts and ordains believers to abstain from their use.

The sequence of these cited verses is evidence that every subsequent ruling complemented the preceding one, until circumstances were ready for a complete ban of consuming these harmful substances.

The second example of an abrogated verse in the Quran is the verse regarding the sentencing of an adulteress. In the beginning, the sentence said to “confine them to their home until they die, or until God provides a way for their freedom” [An-Nisa 4:15]:

4:15 Those of your women who commit lewdness, you must have four witnesses against them, from among you. If they testify, confine them to the homes until death claims them, or God makes a way for them.

It is worth noticing that this verse in itself indicates that this is a temporary decree, as says, “until Allah makes a way for their freedom”. Later on, this temporary sentence was replaced with verses 24:1-10 in Chapter An-Nur.

Another instance of abrogated verses regarded the change in the direction of prayer, the Qiblah [Arabic: (قبله)], which happened in the second year of the Islamic Calendar. When the Prophet (SAW) was in Mecca, the tribes of Quraish [Arabic: (قريش)] placed their idols in the Kaaba [Arabic: (الكعبة‎‎)] and worshipped them there. The Prophet’s prayer toward the Kaaba in that era would have implied that he was worshipping those idols like the infidels. Hence, the Prophet and his companions prayed towards Al-Aqsa Mosque [Arabic: (المسجد الاقصى‎‎)] in Jerusalem, although the Kaaba was the most desired one.

After the migration of the Prophet to Medina, circumstances changed. First, worshipping towards Kaaba no longer implied that the Prophet was worshipping the idols of Kaaba. Second, the descendants of the Children of Israel began to taunt the Muslims that they had learned the concept of Qiblah from them and that was the Muslims giving testimony to their truthfulness.

One day, while the Prophet was leading a noon congregational prayer, the angel Jibril (AS) descended and ordered the Prophet to change the direction of his prayer towards Kaaba:

The verse underscores that the sovereignty over the entire universe belongs to Allah and Allah alone. He has the power and authority to legislate and change His legislation as He deems these as benefits to His believers. Indeed, there is no helper and guardian of the best interests of believers except Allah (SWT).

The word “نُنسِهَا” which came after “نَنسَخْ” in the above verse, either means to delay or to make forgotten. In the first meaning, it comes from the word “نَسَأ” like “نَسَأ الله أجَلَهُ” and in the latter meaning, comes from the word “نَسْى”. It seems that the former meaning is more suited with the theme of the verses [Tafseer-e-Namoona – Vol. 1, P.393]. Therefore, the meaning of the first part of the verse is:
مَا نَنسَخْ مِنْ آيَةٍ أَوْ نُنسِهَا نَأْتِ بِخَيْرٍ مِّنْهَا أَوْ مِثْلِهَا …….﴿١٠٦﴾
2:106: For any verse that We abrogate or delay in its abrogation, We bring another which is better than it, or similar to it.

History of Changing Qiblah: Commentary of the Quran (Chapter 2:142-143) By: Mohammad Sobhanie

Fulfillment of Prayers of Prophet Ibrahim (AS): Commentary of the Quran (Chapter 2:151-152) By: Mohammad Sobhanie 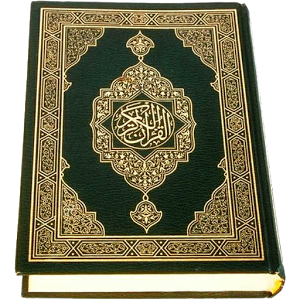 The Myth of Original Sin - Commentary of the Quran (Chapter 2:37; Part-2) By: Mohammad Sobhanie
0 replies