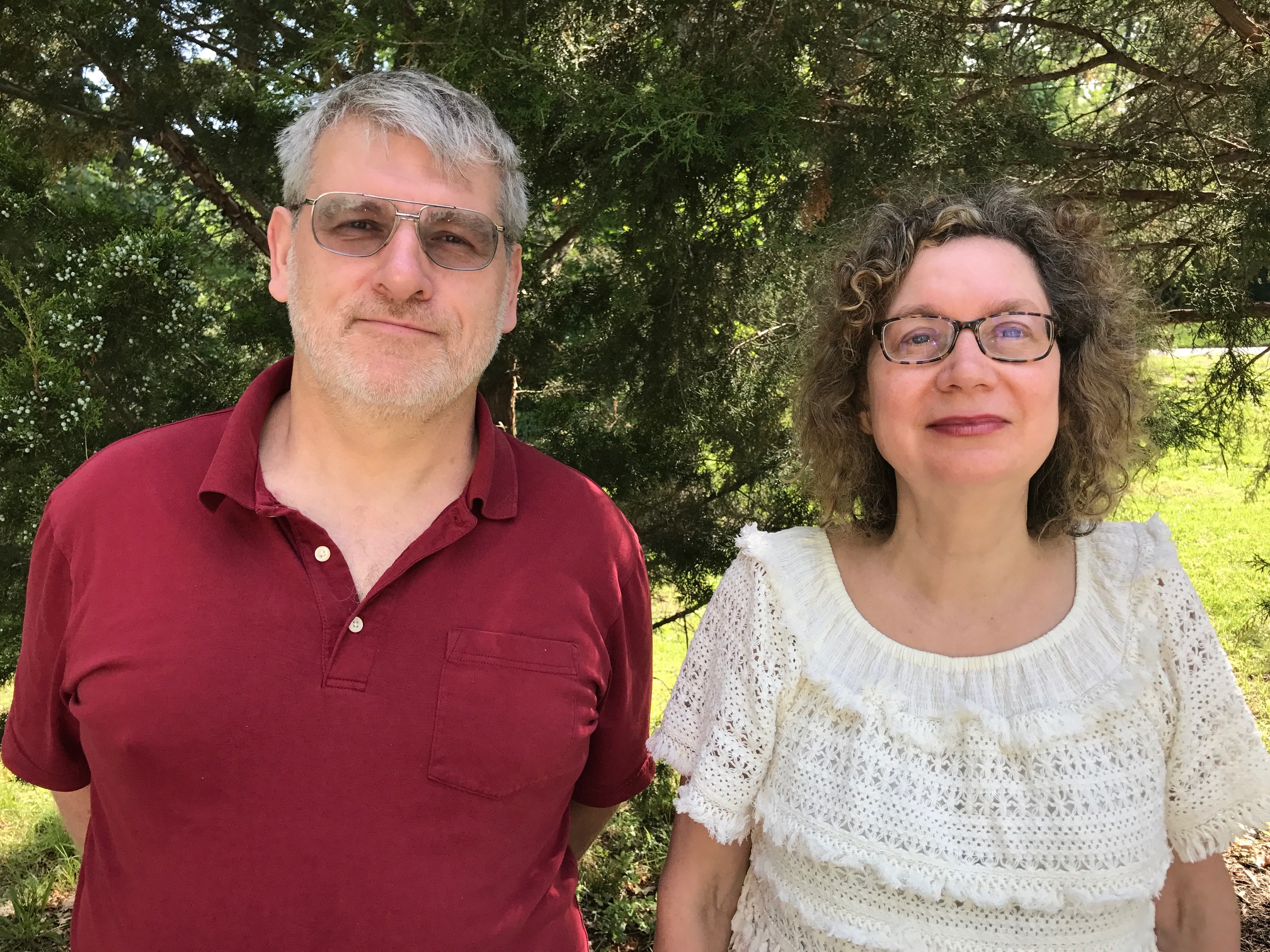 SHAFAQNA, Exclusive Interview – Sitting amongst the utmost enablers of reactionary politics and terrorist mindsets in the Middle East, the U.S. president Donald J. Trump accused Iran of supporting terrorists and pushed his Arab cohorts to take action against it. Then he put a step further and brokered a $110 billion arms deal with Saudi Arabia, and marketed it back at home as creating jobs for Americans, while in actuality, enabled the Saudi iron fist to indulge in wreaking havoc on Yemen, immensely more than before, and who knows which place else in the future.

To elaborate on these issues and others, Shafaqna has talked to the political philosopher Cynthia Willett, Samuel Candler Dobbs Professor of Philosophy and its Interim Director of Graduate Studies at Emory University in Atlanta, Georgia. Her books include but are not limited to Interspecies Ethics (Columbia University Press, 2014), Irony in the Age of Empire (Indiana University Press, 2008), and The Soul of Justice: Social Bonds and Racial Hubris (Cornell University Press, 2001). While answering our questions, she was kindly helped by Prof. Stefan Boettcher, a distinguished physicist at the same university with an interest in Middle Eastern issues. Shafaqna appreciates his cooperation heartily.

Dr. Willett attributes the Bush administration’s invasion of Iraq, together with his rhetoric of an “axis of evil,” to a pattern of imperial arrogance dating back in the U.S. to the decimation of indigenous populations. The idea of American Exceptionalism, which proposes that the liberty-loving U.S. had thrown off the corruption and classed-based hierarchies of Europe, cloaks the U.S. imperialist invasions and theft of lands as a moral mission of bringing democracy to backwards peoples. Dr. Willett underscores the way this pattern continued through the Bush administration. “Recall that Bush,” she said, “who lost the popular vote in the presidential election proclaimed himself, if not the popular, the moral leader of America and of the world with a neoconservative doctrine of imperialism.” Bush’s rationale for the invasion of Iraq camouflaged geopolitical interests under the moral rhetoric of emancipating the Middle East.

Yet, contends Willett, Trump’s difference is that he doesn’t claim any moral mission: his imperialism doesn’t pretend to be a moral one. Indeed, Donald Trump, since the very beginning of his political leap until this moment, has been aspersed by allegations of sexual harassment and political corruption, and so inevitably sets aside any such pretense of a moral trajectory. “As the classic bully stripped of any moral mask,” says Dr. Willett, “he is a unique phenomenon in the US.” While Bush dressed up imperialism in the rhetoric of moral leadership, she adds, Trump displays all the shamelessness of the classic street bully. In this regard, he seemingly tends to compare himself to Andrew Jackson, but what’s novel about his presidency is that he is shallow and unprepared, and hence vulnerable to being out-maneuvered on the world-stage.

What makes Trump similar to his imperialist predecessors is “a lack of self-awareness and understanding of history regarding the implications of imperialist actions, and the blowback that such hubris generates.” The new president rose to power with the blatant agenda of America First, while his current foreign policy doesn’t seem to be following a different pattern than Bush’s: arrogantly imposing a liberal (and increasingly neoliberal) capitalist ideology. This, she claims, is the common underlying dynamic of the recent U.S. administrations that is tragically ironic: “through a combination of ignorance and arrogance, these administrations do damage abroad while inadvertently weakening the position of the U.S. and destabilizing global politics.”

According to the Emory University philosopher, what prevents the powerful from seeing the boomerang potential of their hubristic actions is the liberal theory of democracy, which essentially makes it difficult to understand the political and historical implications of hubris. During the Iraq invasion, when Muslim clergies charged the United States to be the capital of global arrogance, a U.S. senator suggested in response that the U.S. should invade with a “humble demeanor”. Referring to classical Greek democracy, Dr. Willett remarks that at that era this type of arrogance was not viewed as solely a personality issue, but also a profound crime with epic consequences.

Elaborating on the reason why liberal democracy misses the significance of arrogance, she claims it is because it rests on and overemphasizes an individualist conception of freedom, namely, the right of the private individual to make their own choices in life. It ignores actual socioeconomic and cultural hierarchies, as if “born free” also implies equal status. As one result, other forms of freedom and values, including not only curbing the powerful but also respecting the positive rights of a people to their own cultures and governing institutions, are poorly understood. “U.S. imperialism,” Willett said, “when defended for moral reasons, assumes that imposing liberal values on other people and nations advances their freedom.” Now, “the cartoon-like leadership of Trump makes blatantly transparent what lies behind the rhetoric used in defense of empire.”

What remain intact are, however, the tragic consequences of the empire’s hubris for the vulnerable, as well as blowbacks. Referring back again to lessons from Greek tragic drama, Cynthia Willett says:

The actor – in this case Trump – however powerful, is not an individual player in a zero-sum game but entangled in a web of interdependence.  In this web, harming the other boomerangs to the hubristic actor.  Every aggressive action the U.S. takes further isolates us and fans the flames of extremist groups like ISIS.

The Emory University professor of philosophy hopes that Trump will be weakened sufficiently by his inept political skills to preempt sustained and effective aggressive actions such as invasions. Yet such a weakness could again goad him into a new war in order to re-assert his sense of dominance and machismo. “Meanwhile,” she believes, “his political naiveté and lack of diplomatic skills sets him up to get played by more savvy autocrats, like Putin.”

What makes Trump more dangerous, is that he does possess tremendous power, but he is not easily restrained by the traditional methods. For instance, for thousands of years, satire has functioned to expose bullies and tyrants through their lies and hypocrisies. Ancient Greeks used it to unmask imperialism’s moral rhetoric. “The problem with Trump,” maintains Dr. Willett, “is that he doesn’t just lie; he makes up reality. He is not self-deceived; he is shallow.” He appears to draw strength from being ridiculed in the mainstream media. It increases his sway among his core supporters. Provocation is what he thrives on. The danger, in Willett’s thought, is that he is capable of misdirecting the raw fear and diffuse insecurity of his base to fabricated enemies, distracting us from the real problems.

When asked how these recent transfigurations in the U.S. political sphere could affect Middle Eastern affairs, Dr. Willett stated that while Trump indulges in the same cheap melodrama of good against evil heard before in previous administrations, his selfish, corrupted ambitions are much more exposed to mainstream media. Yet, his nationalist populism fuels the further polarization and volatility of American domestic politics and this could make his future actions vis-à-vis the Middle East especially unpredictable. U.S. observers are concerned that he is turning away allies and setting himself and the U.S. in a position to be played. “Meanwhile,” Willett continues, “his divisive anti-immigrant policies, racist rhetoric and short-sighted policies weaken the US domestically. He retards efforts to bring the US into a future where white supremacy and fossil-fuel dependency are not options.”

He has his mind set on just one major enemy – ISIS.  He is indifferent to whatever moral codes might be violated in pursuit of that one target.  In this respect, he is just like Al-Qaeda. Al-Qaeda too violates its Islamic moral codes for the sake of bringing forward its agenda. The old irony continues to hold true: beware your enemy for you will become like them.

Dr. Willett also related Trump’s friendship with the Saudis to his personality: “he resonates well with autocrats.” On the U.S. side, Trump employs such a deal in order to create American jobs, while on the other side, it seems as though the Saudi regime’s days are numbered because of its dependency upon the oil business, and therefore, the regime may assume that only a strong fully-armed military could protect their power. Meanwhile, Trump and his supporters don’t care much what the Saudis are doing in the future. She claims that the U.S.’s only apparent interest may continue to be Israel as the cradle of Christianity and for its ethnic and racial associations with Europe. However, if Russia gains power in the Middle East through an alliance with Iran, then the Saudis could gain leverage as a counterweight friendly to the U.S. “Iranians,” she asserted, “could do themselves best by adopting a neutral stance. Then the Saudi regime might well collapse on its own.”

Dr. Willett also hopes that the Iran nuclear deal stays in tact despite Trump’s bluster. Concluding her words, she stated that if a dynamic cosmopolitan youth in Tehran can manage to not get swept up in a xenophobic or sectarian climate of fear, they could provide a new democratic model for the region and the world. Whereas Saudi Arabia likely eventually faces a revolution. 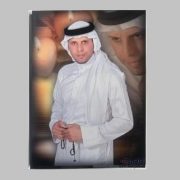 Concerns about fate of Shia Saudi citizen sentenced to death 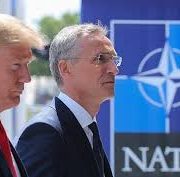 NATO summit comes ahead of Trump’s direct meeting with Putin 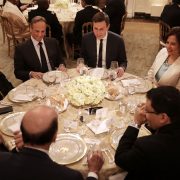