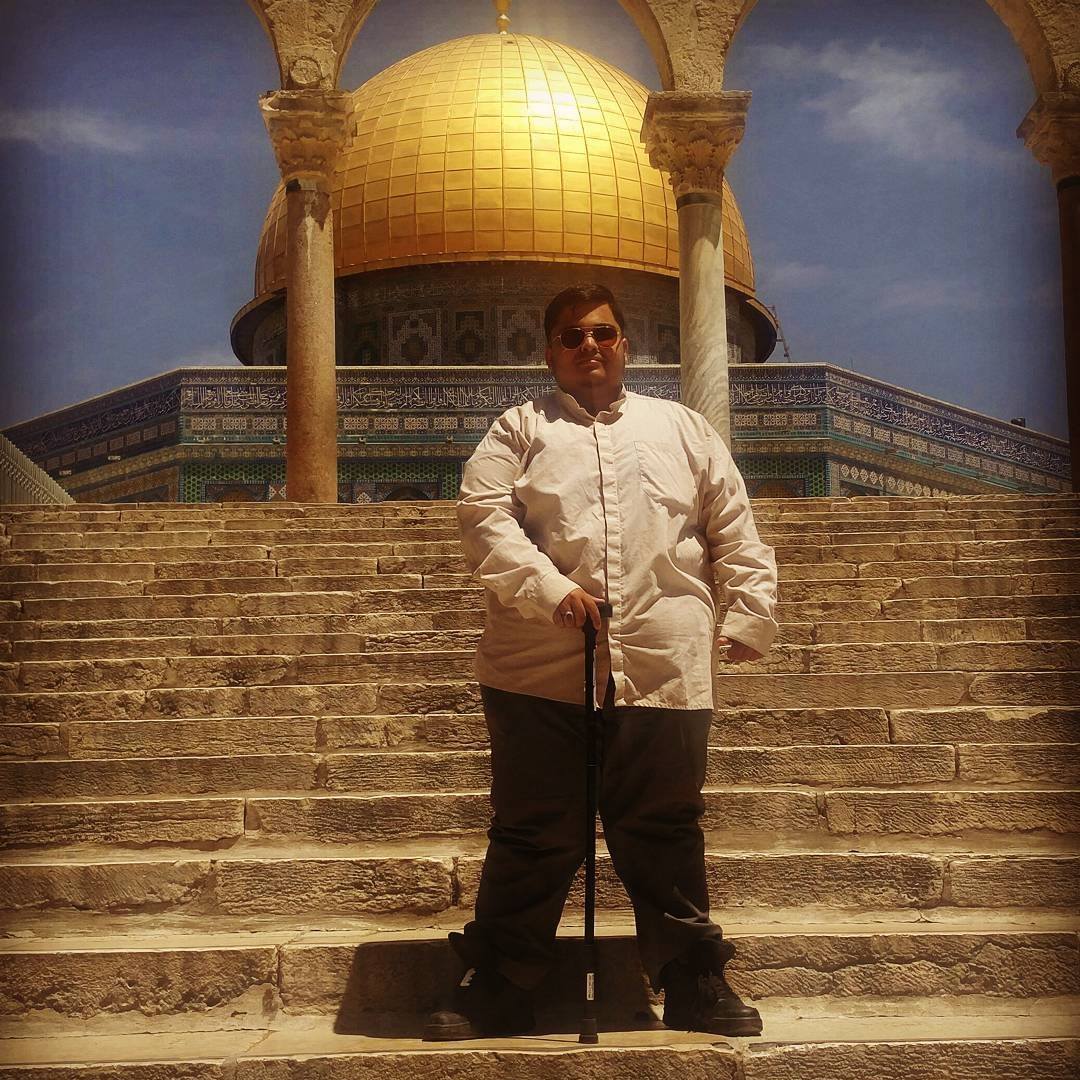 SHAFAQNA – As a Shi’ah who recently visited Palestine/Jerusalem, I awaited till this day, Yawm al-Quds (Quds Day) to speak about my experiences, and specifically on what changed my outlook on the entire conflict therein.

For those who have visited ‘Israel’ before can confirm, if you travel there on an American passport they cannot deny you entry but can interrogate you; and in their interrogation they ask you certain compromising questions in which if you answer improperly, they can bar your entry for upwards of 10+ years. Therefore, you have to answer their questions as truthfully as possible [as they already know everything about you and just want verbal confirmation], but at the same time not get stuck in one of their verbal traps. They [the Israelis] also utilize every trick in the book to fluster those being interrogated, for example if the individual is a young man they make sure the interrogator is an attractive but extremely stern woman, and opposite for females. Obviously when I arrived at the Allenby Border Crossing, the Israelis wouldn’t just let me pass (for those who don’t know, I’m not white), and you can guess what happens next, I happen to get selected for the said interrogation with said woman interrogator.

The first question she barked at me was:

‘Why are you wearing sunglasses!?’

They are prescribed, but before I could even open my mouth to respond she barked again (with full anger):

‘DON’T YOU DARE SPEAK TO ME WHILE WEARING SUNGLASSES!!!’

So I took them off, and I’m not gonna lie at this point I was shook, but thankfully I gathered myself for her following onslaught of questions.

And of course the very first question she asks is:

Knowing that they don’t allow Shi’ah’s entry because of Iran and remembering that I need to answer truthfully, but also not truthfully I responded:

‘I consider myself just a Muslim, not a follower of a sect’

She continued to ask me this same question in different ways, and I kept responding near verbatim.

She then changed up the question a bit:

‘So you are ‘just a Muslim’ and don’t believe in sects, but aren’t your parents Shi’ah?’

And she continued asking similar questions, also asking about my grandparents and other relatives. She then opened my passport and started quizzing me about some of the places I visited, when she got to Iraq, her demeanor changed and her questions became entirely venomous, to the extent that I can’t express in any written way. Her questions became extremely sulfuric in nature, and I could feel the personal vitriol she had for me.

‘You have been to Karbala?!’

‘Why did you go there and WHAT DOES KARBALA MEAN TO YOU?!’

If my heart were given the reins I would have responded:

‘Karbala means everything to me, my wealth, my family, my blood, my soul, my entire existence, everything I’d sacrifice for it.’

But, obviously I did not say that, let alone answer in a straight way, I instead replied:

‘My university Rutgers, has a relationship with the University of Kufa (which it does) and I visit Iraq often in order to visit the university specifically, afterwards as a lover of history I have visited all the historical sites in Southern Iraq because it is relatively safe.’

Even though my university has a relationship with the University of Kufa, visiting it would never be a priority, so I straight up lied there, but this is the kind of lie that can’t be disproved. Nonetheless, this one question kept repeating in my ears the entire trip, the poisonous way it was asked kept paining my heart, and it singlehandedly changed my entire outlook on the conflict.

She continued assaulting me with similar Shi’ah/Karbala related questions and I kept deflecting to the best of my abilities, after that, without having touched my phone she started asking me private questions which only someone with access to my phone and email could do so. That freaked me out, but then again these are Israelis, if they don’t know your secrets who else would know? Nonetheless, I somehow managed to pass the interrogation but was kept nearly half a day and only released half past midnight.

For those who know me know that I’ve always been active in anti-Israel/anti-apartheid activities especially during my undergrad years, a simple Google search could easily verify that. I’ve written articles on the issue, and even been invited on Fox News to discuss my anti-Israel views. But the Israelis had zero concern with all of that, they were instead fixed on my Shi’i background.

Honestly, after the rise of ISIS, and seeing many poor uneducated Palestinian refugees join the terror group and attack the Shi’i community, take part in suicide bombing campaigns in Zaynabiyah (Damascus) and other religiously significant places, I took a step back from my activism and stopped vocally supporting Palestinian liberation. But after witnessing first hand the Israeli hatred for Shi’ism [and the message of Karbala], whatever distance there was between myself and the righteous cause evaporated, and I am now fully convinced that Imam al-Khomeini’s edicts commanding the Shi’ah community to support the Palestinians was not only appropriate but that the Palestinian cause is one in the same as the Shi’i cause, for their [Israeli] enmity for our communities is one and the same.

I have traveled to lands where takfiris rule, and I have also lived among takfiris but no hatred towards my creed was displayed in way of words as did on that day. If any Shi’i, after reading this still differs, they are grievously mistaken.

By: Shabbir A. Abbas- republished from Ahlulbayt blog