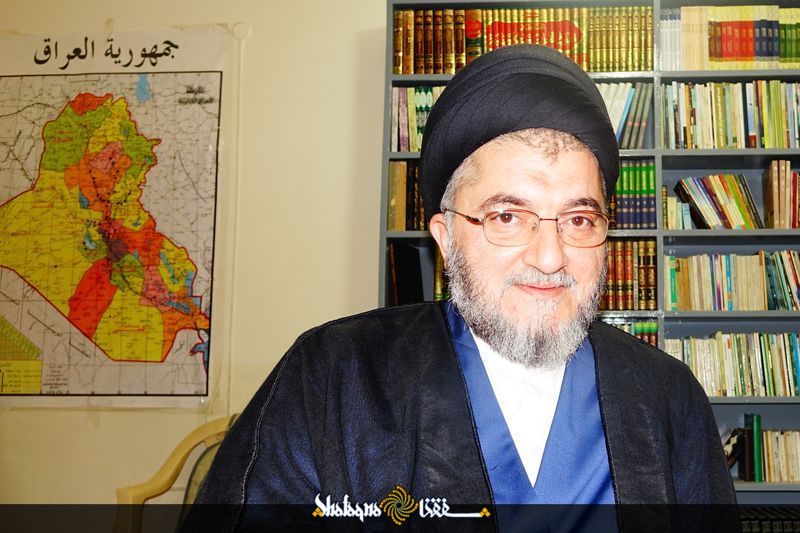 SHAFAQNA – The relationship with heritage is a significant trait in religious thought, one which also interacts with it on the basis of that it is absolute and unerring (always rights and accurate). It is the relationship to one’s tradition and heritage – in this case Shia Islam, that allows for the formulation of its school of thought, and the categories that fall within it.

The  Shi’ite thought, or tradition has been enriched over two centuries under the care and teachings of the Imams, in addition to the Quran and the prophetic traditions. This has differentiated  Shia Islam from other schools of thoughts within Islam.

The practice  of unerring (action of an Infallible) comes in the context of  the infallible heritage, thereafter translated and passed down through jurisprudence to formulate the human behaviour. (The biography of rationality and the subscription).

When we observe the political practice of the unerring, we see that concepts may appear somewhat  antithetical:

For example while Shia thought  accepts the notion of power and accepts that power may be desired and thus pursues, it also refuses it and denounces its pursuants.

Shia thought accepts peaceful coexistence, while another promoted  the Jihad and revolt against the political rule.

It together  accepts political participation, and refuses it.

It accepts political compliance to a governor, and also defends the notion of political resistance  through struggle.

These antithetical pictures are rooted on the traditions that were passed down by the Imams in answer to their own specific socio-political circumstances. For example: Imam Ali’s isolation from power for over 20 years and the three wars he had to fight, Imam Hassan truce,  the revolution of Imam Hussein,  the monastic life of Imam Sajjad,  the scientific work of Al-Saddeghain,  the  struggle of Imam Kadim,  Imam Reza’s persecution …

Politics is not an inherent component of the Twelver school of thought in that no particular form of governance is a prerequisite to the formulation of the religious thought – in contrast to Sunni and Zaidi Islam.

The Twelver school of thought provides a wide margin of movement relative to one’s objectivity and opportunities.

It is possible to say that the political practice in Shiite thought allows for fluidity and movement, while provisioning for Taqiyah should the need arise. Unlike others schools of thought Twelver Islam allows for its followers to exercise reason and political discretion, thus training its followers to adapt, and practice restraint when needed.

Twelver Islam So its followers became open minded on all of the political outputs by positivity without the difficulty on the kind of governor and his sect and his political affiliation and his form of government.

The Shiite though has in fact opened up its followers to many potential scenarios, rationale and narratives, raising its followers on a state of contradiction and readiness to change, adapt and transform, according to needs, providing that certain constants remained:

In the era of the Great Ghibah [tale-bearing, gossip and backbiting) the need to return to the source of the law and knowledge was crystallised and thus the concept of reference within the Shia community reinforced through Ijtihad.

It is important to note that the Shiite thought neither legitimises authority, nor does it exercise the rule in its literal sense, but instead it moves according to needs and circumstances.

It deals with the authorities in the logic of mutual interests, and rejected the pretexts of government, power and state.

Just like the Imams only ever acted in the interests of the people, even to the detriment of their own person, the Shiite authority has worked to navigate those waters to safeguard Islam and the people.

The Shiite thought for example will support a monarchical system instead of rising a resistance as long as the people enjoy a degree of freedom, and justice be practiced.

However, it rose an opposition when it found that governments  practiced political sectarianism and the method of appointment that confiscated the will of the people and did not meet their interests.

There have been many instances where such “independence” has manifested.

On March 20, 1890, Nasir al-Din Shah granted a concession to Major G. F. Talbot for a full monopoly over the production, sale, and export of tobacco for fifty years. In exchange, Talbot paid the shah an annual sum of £15,000 in addition to a quarter of the yearly profits after the payment of all expenses and a dividend of 5 percent on the capital. In December 1891 a fatwa was issued by the most important religious authority in Iran, marja’-i taqlid Mirza Hasan Shirazi, declaring the use of tobacco to be tantamount to war against the Hidden Imam, Muhammad al-Mahdi. The reference to the Hidden Imam, a critical person in Shia Islam, meant that Shirazi was using the strongest possible language to oppose the Régie. Initially there was skepticism over the legitimacy of the fatwa; however, Shirazi would later confirm the declaration.

Iranians in the capital of Tehran refused to smoke tobacco and this collective response spread to neighboring provinces. In a show of solidarity, Iranian merchants responded by shutting down the main bazaars throughout the country. As the tobacco boycott grew larger, Nasir al-Din Shah and Prime Minister Amin al-Sultan found themselves powerless to stop the popular movement fearing Russian intervention in case a civil war materialized.

Prior to the fatwa, tobacco consumption had been so prevalent in Iran that it was smoked everywhere, including inside mosques.

By January 1892, when the Shah saw that the British government “was waffling in its support for the Imperial Tobacco Company,” he canceled the concession.By January 26 Shirazi issued another fatwa repealing the first and permitting tobacco use, “and Iranians began smoking again.” The fatwa has been called a “stunning” demonstration of the power of the marja’-i taqlid, and the protest itself has been cited as one of the issues that led to the Constitutional Revolution a few years later.

Such here above references demonstrate the fluidity of Shiite thought, and how it can adapt to many various forms of government provisioning that the people do not face persecution.

There have been many instances when the Shiite relgious authority has weighed carefully before complying or resisting particular forms of governance or governmental decisions on the premise that balance ought to be preserved and the interests of the people preserved.

The position so far has been one of balance where the Shiite thought has agreed to comply with various systems of governance on the provision that people and communities are offered and guaranteed certain inalienable freedoms, and abuses limited.

It is to guarantee political and social continuity that the Shiite authority has acted a quiet guardian, instead of dictating agendas, provisioning again that certain lines are not crossed.

The Shiite thought values content over manner, meaning that the principles of Shia Islam take precedent over the manner of which society may be governed.

It is true that the Shiite thought produced the concept of Wilayat al-Faqih (Governance of the Jurist as expressed by Ayatollah Khomeini) but the emergence of such system does not dismiss the validity of other positions.

Jabal Amel scholars and Iran scholars in that both had different ideas as how to address the Safavi power in Iran.

Such struggle one may add exacerbated tensions within the region, which tensions were exploited by political actors. Iraq’s Shiite authority did not part from its positions when faced with a new political landscape – it remained dedicated to the principles of the Shiite thought and carefully refrained from influencing the political not to interfere with the affairs of the state.

It acted positively and encouraged the community at large not to blur the line in between the religious and the political – a trend that has dominated world politics of late.

The goal was to promote self-determination and achieve balance.

Such position is a testament to the need to exercise distance in between state actors and the religious establishment to prevent corruption.

There are two important points here that warrant to be stressed:

Number one, no party however entitled should ever rejoice before the demise of others, not even one enemy as it would be itself an act of great injustice. For Iraq to move away from the struggles it faced: from a brutal dictatorship, military occupation to sectarianism, the modern political structure of the country would have to reflect the will of the people. Everyone should share in the stability of Iraq.

Number two, I personally believe that the modern political philosophy which produced today’s modern political system – emptied  from ideology, has the power to match with the political Shiite thought which has been forwarded from Najaf to create a powerful political system that will allow for a new political alignment. Such opportunity must not be wasted, and I, for one, hope that all concerned parties will reflect upon such a historical juncture.

Najaf seminary is the oldest and one of the most prominent centres of education, and thoughts for Shia Islam.

Women in Fallujah stand up to Daesh 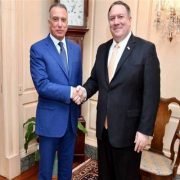 No respect, no justice, no equality in Saudi Arabia 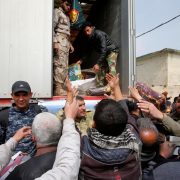 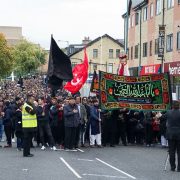 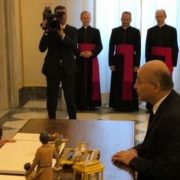