Kristin Nicole Ritchie, now known as Abby was born, and lives, in Forth Worth, Texas.  She is a former world-renowned rapper who was best known for her provocative, rapping performances. She traveled to many different parts of the world for her performances. Her stage name was MC Router.

But Abby says that after a chance encounter with some Arabs at a local restaurant and sheesha place near a former job of hers, and then meeting some Arab students, she started to develop a love and fascination for Arab culture. She’d befriend many of the patrons of the restaurant, then started studying Arabic as a language at her college when a few Muslim students introduced themselves to her. They introduced her to Islam and shortly after that, she would convert. Except that, once she did, she faced a lot of difficulty finding acceptance, within the Muslim community and within her old circle of friends and family…but most importantly, with her mom.

The reason why, not that it was so easy for me to convert to Islam, but one of the reasons why I was able to be because my whole life I’ve been searching for a relationship with God, our creator Allah.

When I was introduced to Islam is when everything changed. When I was in the university, I took an Arabic class. One day I went to a café to work on my homework for my Arabic class and a guy came up to me and he said: “Is that Arabic?”

I said: “Yes, I’m taking my first semester in Arabic at the university.”

So he sat with me and he helped me, taught me how to pronounce Arabic letters, Arabic words, corrected my writing, listen to me reading in Arabic… and then he invited me over to sit with his friends. I thought: “This great I have people to help me with Arabic homework and this is awesome because it’s really hard.” 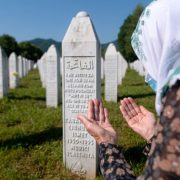 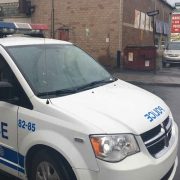 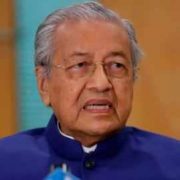 Muslims have the ‘right to punish’ French, says Malaysia’s Mahathir/but by and large, the Muslims have not…