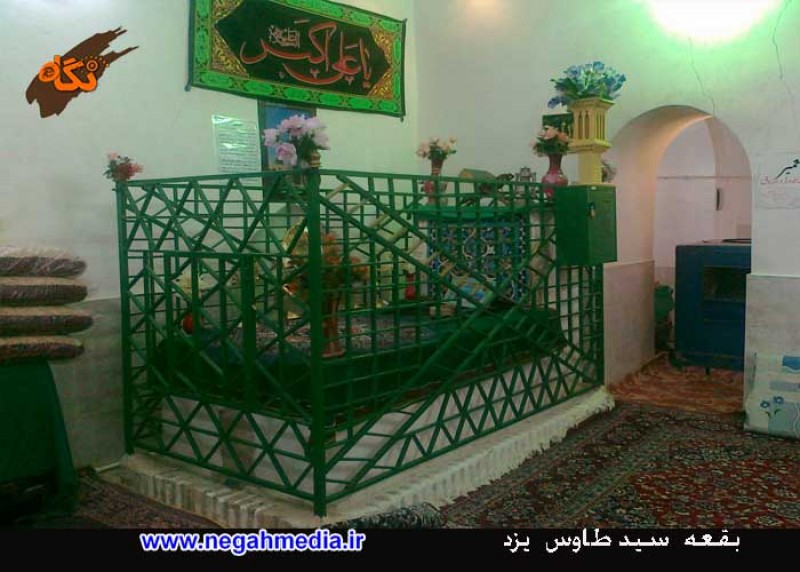 He is known as Tawus (peacock) because one of his ancestors Abu Abdullah Muhammad bin Ishaq bin Hasan was a handsome man with ugly legs. Therefore, they called him Tawus, and thereafter his progeny too got the same title. He was born in the middle of Muharram 589 in Hilla. The report that he was born in Rajab of 587 is weak. Ibn Tawus grew up in Hilla and acquired the preliminary training there. He was in Hilla up to year 602 where he was taught by many teachers and got certificates from others who included:

His father Sa’aduddin Musa bin Musa. His grandfather Waram bin Abi Faras Nakhaee. As he himself says, his father and his grandfather, Waram had given special attention to his education and training and had taught him the best of righteousness and courtesy.

Ibn Tawus learned from non-Shia teachers and got permission (testimonial) and explained the gracefulness of Shia through their narrations. Among such teachers are: Muhammad bin Mahmood Najjar Muaiyaduddin Muhammad bin Muhammad Qummi.

Ibn Tawus married Zahra Khatoon, daughter of the Shia Vazir of Nasir bin Zaidi. He was not pleased with that matrimony because it involved tendency towards the world. We do not have enough information about the said persons. We do not know whether or not she bore any child for the Shaykh. The Sayyid’s famous children were known by the names of their mothers. The Sayyid had good relations with the ruling diplomats like Vazir Alqami Muhammad bin Ahmad, his brothers, and his son.

He also had good relations with Caliph Mustansir Abbasi so that the caliph built a house for the Sayyid in the eastern part of Baghdad. The caliph had tried to involve Sayyid Ibn Tawus in political affairs and to place all the Talibiyyin under his leadership but the Sayyid emphatically rejected this. Mustansir also tried to send the Sayyid as an emissary to the Mongol ruler, which was not accepted. The first son of the Sayyid was born on the 9th of Muharram 643 in Hilla and the second on the 8th of Muharram 647 in Najaf.

What we come to know from books of biography and translated works is that the Sayyid had returned to Hilla in 641 and had gone to Najaf in 645 wherefrom he had gone to Karbala in 649 and had proceeded on a journey to Samarrah in 652 and on reaching Baghdad he stayed there and when Baghdad fell to Moguls he was in that city.

When Holaku Khan arrived in Mustansariyah he asked the Ulamas (scholars) this query: Who is better, a tyrant Muslim ruler or a Kafir judicious ruler? None gave a reply to this query but the Sayyid said: A Kafir judicious ruler is better. All the ulama followed the Sayyid’s reply! It is obvious that the reply of Sayyid saved and protected the lives of the people of the city. Only Allah knows that any Muslim would have remained alive in Baghdad if he had not replied so.

It was on the 10th of Safar 656 A.H. that Holaku Khan called Sayyid and gave him protection and the Sayyid left for Hilla.

On 9th Muharram 658 he was in Najaf in his house. On 14th Rabiul Awwal 658 he was in Baghdad in his residence. It is mentioned that Holaku gave the leadership of the Alawys to Sayyid during 656-661, and it appears that in 656 he was given the leadership of Baghdad and in 661 that of all the Talibiyyin. In the beginning, Sayyid refused the leadership. But Shaykh Naseeruddin Tusi told him that non-acceptance of it would result in his death and thus he was compelled to agree.

The Sayyid expired on the morning of Sunday, the 5 of Zilqad 664 A.H. in Baghdad, and his long time wish for being buried in Najaf was fulfilled. Information about his last days is difficult to obtain.

Some say that he died as the chief, and some state that in the last days of his life he was dismissed from leadership or he and his brother were martyred. He wrote the first part of his book Al-Malahim on 15 Muharram 663 while leaving Baghdad for Ziyarat in Najaf and during his stay in Hilla.

In Jamadiul Awwal 664 A.H. he gave Ijaza (Doctrinal authority certificate) to some of his students. We have no information that he left Iraq in 624 A.H. for a reason other than the Ziyarat of the House of Allah (Ka’ba).

Sayyid’s economic condition was good and he reminded his children in his will that, “following the traditions of the holy Prophet (S) and Amirul Momineen (a.s.) he did not leave gold and silver as his heritage. He invested his property and orchards as charity memorials.

It is famous that Sayyid had Karamat (Divine Miracles) some of which have been mentioned in his notes and some have been written by his biographers. It is also said that he had direct contact with Hujjatullah al-Muntazar (a.t.f.s.) and also that he was given Isme Azam but was not permitted to teach it to his children.

Ibn Tawus had three brothers: Sharfuddin Abul Fazl Muhammad Izzuddin Hasan Jamaluddin Abdul Fazail Ahmad, father of Ghayasuddin Abdul Karim Ibn Tawus had four daughters, the names of two; Sharful Ashraf and Fatima are found in books. Sayyid always remembered his daughters with pride, because they had learnt the holy Quran by heart. Sharaful Ashraf had learnt it at the age of 12, and Fatima at 9. Sayyid had willed two copies of the Holy Quran for them.

Sayyid had willed many things whereby his children and the Shias (friends) were urged to fear Allah (taqwa), to be abstinent and to remain away from people as far as possible because (excessive) involvement with people results in getting distanced from the Almighty Allah.

Sayyid Ibn Tawus owned a large library and a list of its books was pre-pared. It is one of the important libraries in history. He always maintained righteousness and regularity, and encouraged others to learn about the holy Prophet (S) and the Ahlul Bayt (a.s.). Because such knowledge about the original sources of religion was the actual under-standing of religion (in practice).

Sayyid Ibn Tawus has written many and various useful books. Some of them are as follow:

This was a brief story of the great and fruitful life of the Sayyid, which we have compiled from numerous books and most important of them are the writings of Ale Yasin about the life, books, and library of Sayyid Ibn Tawus. Other writings are from Eton Kulburk about the library and the life of the Sayyid in English, which were later translated into Persian.

Scholars who have quoted from Sayyid Ibn Tawus:

15. Eton Kulburk: Kitab Khana-o-Athar-o-Ahwal Ibn Tawus (Written in English in 1413 AH and translated into Persian and published in 771 pages);

There are many other sources but we have sufficed with this much.

The study of books by Sayyid Ibn Tawus tell us a lot about his life as he has left many biographical details in many places in his writings out of which we mention some here.

Apart from this, the respected Sayyid has written other books, and in most of them he has written many things about his life; that if all those material is collected we may have a complete book in his biography.

Then I was Guided 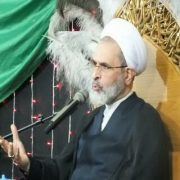 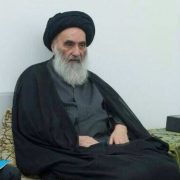