SHAFAQNA – Saudi Monarchy destroyed the most sacred stone in Islam, a rare book by an Austrian academic has revealed.

The shocking discovery of a key event in Muslim history hidden for two centuries was reported by Alois Musil, a 19th century Czech-Austrian academic, explorer and author of several books on the Middle East.

In his book “Al-Saud”, Musil reported that the Blackstone, the original sacred stone at the corner of the Kaaba, Islam’s holiest building visited by millions of pilgrims every year, was destroyed by the Saudi dynasty who ransacked the city in the spring of 1806.

The Blackstone is Islam’s holiest stone and is sought by Muslims when they visit the Grand Mosque, the most revered in Islam. Muslims who are preforming pilgrimage [hajj] or minor pilgrimage [umrah] typically salute the stone or kiss it per prophetic tradition.

The Blackstone marks the beginning of the Muslim ritual of tawaf or circling the Kaaba seven times. Some Muslim sources say the Blackstone came from Heaven by the angel Gabriel. Others say it is the last original stone used in building the Kaaba by Prophet Abraham.

Musil’s account got a nod from a Makkah’s goldsmith, whose family has been maintaining the stone for over 100 years. Faisal Badr, the goldsmith in charge of maintaining the Blackstone told Saudi TV AlArabiya in June 2017 that only eight small pieces of the original stone remain today. He said that he uses a natural black tree gum called luk to hold them together and to give the oval orifice its shiny black appearance.

Badr said he repairs the stone three to five times a year by removing the old gum and applying a fresh coat. There is no independent evidence that these stone pieces are parts of the original Blackstone.

Musil’s discovery remains largely unknown due to enormous sensitivities surrounding the Kaaba. The Saudi Monarchy, which bills itself as the Muslim world leader and the Custodian of Islam’s most revered Holy Mosques, has kept this greatly embarrassing secret hidden, out of fear that it will reveal its deep-rooted extremist ideology of Wahhabism and contradicting Islam itself.

Destroying or harming the Blackstone undermines Saudi claims that they are serving Islam or upholding its basic tenets. It would be extremely damaging to the Saudi ruling clan if millions of Muslim pilgrims who travel to Makkah annually and bring billions of dollars to the Saudi state realized they were kissing tree gum and not the heavenly Blackstone they learned to revere.

It is hardly a coincidence that the Saudi Wahhabi ideology, which has destroyed Islam’s holiest stone and looted the Prophet Mohamed’s resting place, has also fueled the most devastating terrorist attacks around the world targeting Muslims and non-Muslim alike. It is a common thread that runs through the attacks of September 11, terror waves that struck many European capitals, and the multitude of bombings and mass killings in Iraq, Syria Afghanistan and Pakistan.

Musil also reported that Saudi clan violated the sanctity of the Prophet Mohamed’s grave and robbed its treasures, including gifts from Ottoman rulers to the shrine.

The valuables looted from the prophet’s resting place included an expensive diamond known as the Priceless Planet [AlKwakab AlDurri], which was commissioned and gifted by Othman Sultan Ahmed the First in 1613 to the Prophet Mohamed’s Shrine.

It was the Saudi looting of Makkah and Medina that prompted the Ottomans to take action and send the Egyptian army led by Ibrahim Pasha to sack Al-Dariya, the historical capitol of the Saudi state and to end its reign.

AlKwakab AlDurri was recovered by Ibrahim Pasha who destroyed Al-Dariya and took its Saudi leader Abdullah Bin Saud to Istanbul for trial and execution. AlKwakab AlDurri was sent back to the shrine in Medina until 1917 when the last Ottoman governor of Medina, Fahreddin Pasha, sent most of the Prophet’s shrine treasures to Turkey for safe keeping before Medina fell to the British-backed forces in January 1919. The diamond and other treasures remain in Turkish museums to date.

The Institute for Persian Gulf Affairs obtained a copy of an Arabic translation of the rare book written in German 1917. The book was translated in 2003 by Dr. Said Fayez Al-Said of the King Saud University. A Saudi author who wanted his identity to remain private for safety reasons said the Saudi government has bought the rights to many western books reporting on the origins of the Saudi states and altered their contents. This author works at King Abdulaziz Center, the main Saudi arm for such purchases.

The Kaaba revelation, striking as it is, is just another fact in a long history of Saudi monarchy’s systematic efforts to eradicate every trace of Islam’s indigenous culture, history and traditions that it deems incompatible with its Wahhabi ideology. Just over the last 40 years, the Saudi forces have destroyed an estimated 1000 historical landmarks across the country, including ancient mosques, such as a 1400-year old Ashams [the Sun] Mosque in Medina built during the life of the Prophet Mohamed.

The Al-Saud’s history of looting has been reflected through their own sources, including “The History of the Najd region from the mid-18th to mid-19th century” [‘Unwan al-majd fi ta’rikh Najd] by Wahhabi historian Uthman ibn Abdallah ibn Bishr.

Ibn Bisher details the many Saudi robberies and looting of Muslim shrines in Medina, Makkah, Karbala and other Arab cities, and mass killing of Muslim civilians.

Muslim shrines were a preferred target of Saudi forces because they housed priceless treasures gifted to the key figures in Islamic history by kings, envoys and wealthy people. In April of 1802, Saudi forces attacked Karbala, a sacred city of Shia Muslims in Iraq, and robbed the treasures of the shrine of Imam Hussain, the grandson of the Prophet Mohamed, after killing thousands.

Some of the Saudi forces’ recent desecrations include the homes of the prophet Mohamed in Makkah and Medina razed in the 1980s, the Uhud Mound, the location of the second battlefield in Islam, and two ancient forts – an 800-year old Ajyad Fort in Makkah in 2002 and a 600-year old AlNamas Fort razed in 2013. Other historical landmarks destroyed by the ruling family include a 600-year old AlMosawra district in AlAwamya in August of 2017, and AlKuaibah, a 2000-year old mud and stone structure in Qatif razed in 2013. 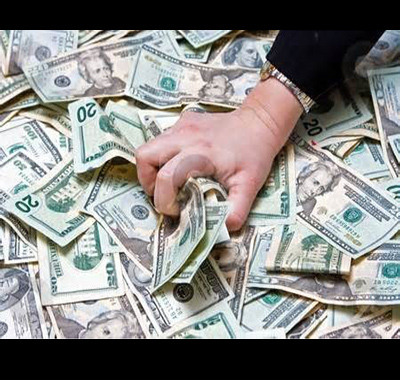 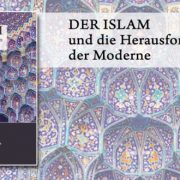 Book in German: Islam And the Challenges of Modernity

For the Western audience: DOES GOD EXIST? 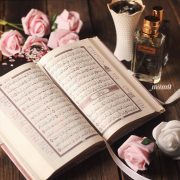