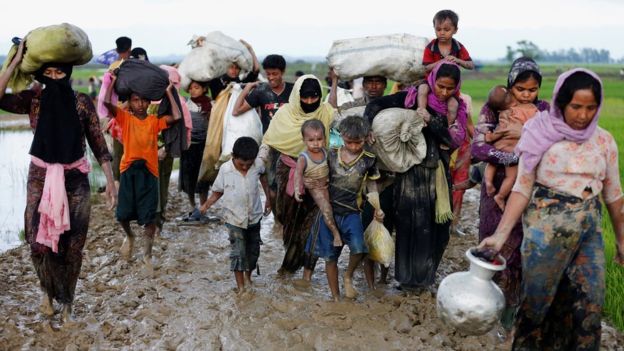 The British Ministry of Defence will “stop all defense engagement and training of the Burmese military” until it ends its security crackdown against the Muslim Rohingya minority, the Prime Minister said.

More than 310,000 people have fled to Bangladesh in recent weeks and more are trapped on the border, amid reports of extrajudicial killings and burning of entire villages.

This week, the UN’s most senior human rights official described Myanmar’s actions as a “textbook example” of ethnic cleansing.

Last week, British Foreign Secretary Boris Johnson was criticized for describing Aung San Suu Kyi, Myanmar’s de facto leader and the Nobel Peace Prize-winner, as “one of the most inspiring figures of our age”, despite the violence.

And, in Canada, May appeared flat-footed when Justin Trudeau, the Canadian Prime Minister, revealed he had personally spoken with San Suu Kyi, to urge her to pull back.

Now the UK will end what No 10 called “educational training” of Myanmar’s troops, stressing the Ministry of Defence was not engaged in combat training.

Speaking at the United Nations in New York, May told Sky News: “We are very concerned about what’s happening to the Rohingya people in Burma. The military action against them must stop.

“We’ve seen too many vulnerable people having to flee for their lives. Aung San Suu Kyi and the Burmese government need to make it very clear that the military action should stop.

“The British government is announcing today that we are going to stop all defence engagement and training of the Burmese military by the Ministry of Defence until this issue is resolved.”

Downing Street was unable to provide any detail of the extent of the UK’s current level of military training in the country.

May has not spoken personally with San Suu Kyi, but her spokesman said Johnson had done so “on a number of occasions”.

Myanmar’s leader on Tuesday condemned human rights violations in Rakhine state and said violators would be punished, but she did not address UN accusations of a campaign of ethnic cleansing by the military.

In her first remarks since the violent crackdown, San Suu Kyi claimed: “Human rights violations and all other acts that impair stability and harmony and undermine the rule of law will be addressed in accordance with strict laws and justice.”

Seeking to assure foreign diplomats gathered for her speech in Naypyitaw, the capital, that those who fled to Bangladesh would be allowed to return if they passed a “verification” process, she said the government was working to restore order in the area. 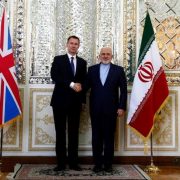 Jeremy Hunt in Tehran: JCPOA is a vital component of stability in the Middle East 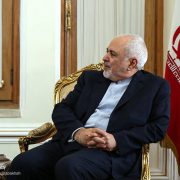 Zarif urges UK not to observe US anti-Iran sanctions based on its JCPOA commitments.

Time to Stand up’ to Islamophobia: Mohammad Ali 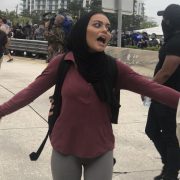 Muslims Are the VICTIMS of “Between 82 and 97% of Terrorism-Related Fatalities”: US Government
0 replies