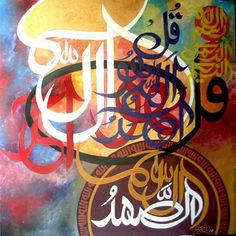 SHAFAQNA – In the Name of Allah, the Beneficent, the Merciful

Verily those who guard (themselves against evil) when an evil thought from Satan afflicts them, they become mindful (of God and get awakened) then lo! They see (aright). (Sura al-A’raaf, 7:201)

The meaning should be manifested by the words

Isti’adha is one of the important one of the important aspects of the faith and is obligatory on every Muslim. As already been mentioned, earlier, it should be from the depths of the heart of the person and not just the repetition of the words through the mouth. Qur’an wants people to-fastaidh billah- seek Allah (S.w.T.)’s protection. This means that the words should not be repeated as a force of habit like the parrots. The reality requires one to seek freedom from the accursed Satan and submit to Allah (S.w.T.) for His help. If these two objectives are achieved, then the Isti’adha is really Isti’adha! Otherwise it will just be an exercise in futility. In a nutshell, when the words of the Isti’adha are uttered, it should be in the true spirit required of him.

When we consider carefully the spirit of Isti’adha, we find that it has five well-defined aspects:

When a person practices all these five aspects, his Isti’adha will be accepted by Allah (S.w.T.). Then the accursed Satan will remain a long distance away from the person whether he says audhu billahi min ash-shaitanir rajeem or not. In other words, when Satan comes to a mu’min he becomes scared of man as an ordinary human being gets scared of the company of Jinns.

Satan runs away from the men of piety

The examples of aspects of Isti’adha are briefly explained from the Holy Qur’an.

Verily those who guard (themselves against evil) when an evil thought from Satan afflicts them, they become mindful (of God and get awakened) then lo! They are forthright. (Sura al-A’raaf, 7:201)

When the men of piety have any fear from Satan, then they busy themselves in prayer and they instantaneously get enlightened.

Therefore, the very first condition for keeping oneself safe from form Satan is to become pious. Those who adopted piety, busy themselves in prayer whenever they fears of Satan in their hearts. They get enlightened that Satan created the fears. They also realize that Satan had fled because of their prayer and that they are in the protection of Allah (S.w.T.). The ayat mentioned above is a pointer to the believers towards adoption of piety and remembrance of Allah (S.w.T.).

So when you recite the Qur’an, seek refuge with Allah from the accursed Shaitan, Surely he has no authority over those who believe and rely on their Lord. (Sura an‑Nahl, 16:98-99)

When a person doesn’t trust Allah (S.w.T.) from the depths of his heart, then all his pleadings for protection will be of no avail. According to the verse quoted above, Satan would gain ascendance over him. In the later verse of the Qur’an there is a reference towards this aspect:

Verily, his authority is only over those who befriend him and those who associate others with Him. (Sura an-Nahl, 16:100)

One who has forgotten the Munificent Allah (S.w.T.) and befriended Satan, he has no concern for Isti’adha or seeking protection from Satan.

Satan has nothing to do with the sincere people

Another important aspect of Isti’adha is sincerity. This saying of Satan is recorded in the Holy Qur’an:

He said: Then by Thy Might I will surely make them live an evil life, all, Except Thy servants from among them, the purified ones. (Sura Sad, 38:82-83)

The purport of sincerity (Ikhlas) has been explained at various places in the Holy Qur’an. As the need arose, we have referred to this aspect in our talk and there is further need to stress on this aspect.

Thus it is established that the Isti’adha of only the persons sincere to Allah (S.w.T.) is appropriate. Since Satan has no influence on such persons they are those who escape from his machinations.

Do we have the capability of Piety (Taqwa) and Remembrance (Tadhakkur) of Allah (S.w.T.)?

After living long years we have not drawn any benefit from knowledge of the Faith. May Allah (S.w.T.) protect us from compounded ignorance (Jahl al-Murakkab). We have earlier said that the first aspect of Isti’adha is Taqwa or piety. One who has not adopted taqwa, will not be able to escape from Satan. Only with piety one can keep out of the clutches of Satan.

A woman who can come to the bazār wearing indecent dress is satanic from head to toe! And the man who chaperons such a woman in public can never escape from the attention of Satan.

It goes to prove that one who doesn’t save himself from what is forbidden (haram) can never prevent himself from the influence of Satan.

If a person dwells in a usurped house, he cannot escape from Satan unless he quits the occupation of that house. If a person is in habit of doing prohibited things, he cannot do Isti’adha.

The important aspects of Isti’adha are absolute piety and total abstinence from prohibited things. Having prohibited (Haram) food renders the entire body of the person satanic. He becomes attached to Satan because Satan’s blood flows in the veins of the person.

The tongue with which such a person says audhu billahi min ash-shaitanir rajeem, is in fact, the tongue of Satan. The reason for this is that the person has drawn nutrition from satanic food.

Shahīd ath-Thani (The Second Martyr) writes in his ‘Asrar as-Salat’ that the Prophet (S) has said: “Allah (S.w.T.) sees your hearts and not your faces.”

This proves that mere talking and arguing might have some effect on people but for Allah (S.w.T.) nothing has any weight other than the absolute facts.

Therefore, about the sacrifices that we make in the way of Allah (S.w.T.), the Holy Book categorically says:

There does not reach Allah their flesh nor their blood, but to Him is acceptable the guarding (against evil, Taqwa) on your part… (Sura al-Hajj, 22:37)

As long as even one morsel of Haram food is in the body of a person, he is himself like Satan. Beating drums seeking protection from Satan is his hypocrisy. As long as he is not able to shake away the influence of Satan from his person, all his prayers are mere pretences.

About rizq al-halal (legitimate food) there are several traditions of Ahl al Bayt (a.s.). Rizq al-Halal is like a seed on which the quality of the plant will depend. Care must be exercised pure and good seed to ensure the health and sturdiness of the tree.

O men! Eat the lawful and good things out of what is in the earth, and do not follow the footsteps of the Shaitan; surely he is your open enemy. (Sura al-Baqara, 2:168)

When one has doubt about the food being halal, he should rather abstain from eating it. Avoid using Haram food and clothes. The use of these will have such deleterious effect on the person that he becomes the victim of fears and doubts.

The Redeemer and the Savior

Shia Islam leads anti-terror movement in the US

What is Eid-al-Ghadir and why do Shia Muslims celebrate it? 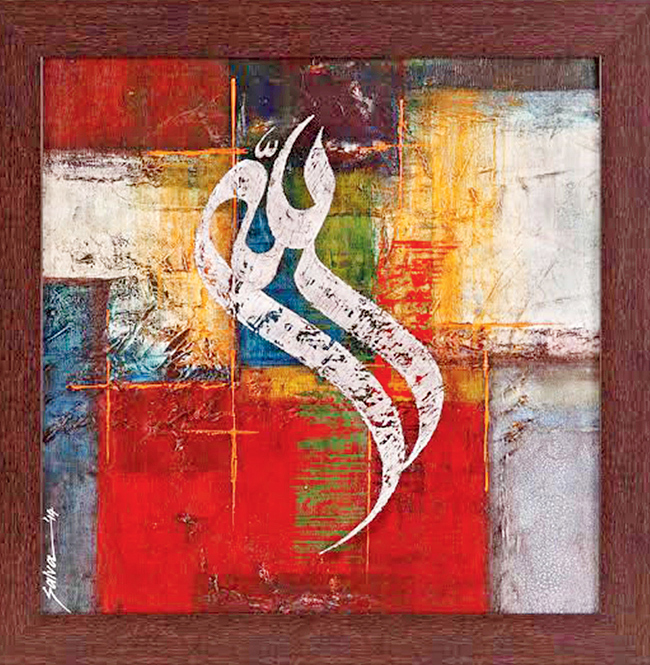