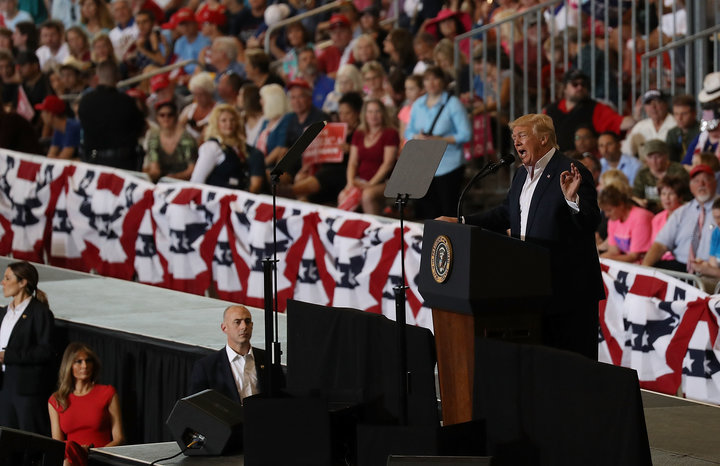 SHAFAQNA – It’s been just over two years since then-candidate Donald Trump called for a “total and complete shutdown of Muslims entering the United States.” It’s not quite 11 months since his administration first announced the institution of a travel ban on visitors from several majority-Muslim countries. And it’s been two weeks since the president took time out from the debate over the Republican tax bill to share a series of violent anti-Muslim videos on Twitter. Indeed, Trump has used Islamophobia throughout his short political career, spreading hate and misinformation about Muslims to stoke his base and attack his opponents. Unsurprisingly, hate crimes targeting Muslims in the U.S. have risen two years running.

Here, for people of conscience who are concerned by the growth of Islamophobia in the U.S., are ten of the worst lies told by Donald Trump about Muslims:

But there was no terror attack in Sweden. It simply never happened.

During the second presidential debate between Trump and Hillary Clinton, a Muslim woman asked Trump how he would help millions of Muslims in the U.S. overcome the stereotype that they pose a threat. Trump responded by referring to the December 2015 San Bernardino shooting and insinuating that Muslims knew about the attack beforehand:

“In San Bernardino, many people saw the bombs all over the apartment of the two people that killed 14 and wounded many, many people… Muslims have to report the problems when they see them,”

Both the Los Angeles Times and Washington Post found that there was “no evidence” to support Trump’s claim.

In August 2017, Trump bizarrely tweeted: “Study what General Pershing of the United States did to terrorists when caught. There was no more Radical Islamic Terror for 35 years!”

According to Time, this tweet referenced a false story that Trump told at rallies more than once on the campaign trail. Trump claimed that during the Moro rebellion in the Philippines, U.S. General John “Blackjack” Pershing executed captured Muslim insurgent prisoners with bullets dipped in pig’s blood.

Notwithstanding the fact that executing captured prisoners is a war crime, the general conclusions from all experts was that Trump’s story was bogus, implausible, and an insult to the memory of an American hero.

“I’ve never met an American officer who would carry out an order to commit an atrocity like this [war cime],” David French wrote in National Review.

Just last month, the president of the United States retweeted a series of videos shared by the right-wing British group Britain First, including one of a dark-haired teenager assaulting a blonde, Dutch teenager on crutches, with the erroneous caption: “Muslim migrant beats up Dutch boy on crutches!”

In June 2017, just before announcing that the U.S. would be leaving the Paris climate agreement, Trump began his remarks by saying that “our thoughts and our prayers” are with those affected by the “terrorist attack in Manila.”

“We are closely monitoring the situation and I will continue to give updates, anything happens, during this period of time,” he said. “But is really pretty sad what is going on throughout the world with terror.”

CNN reported that Philippines national police chief Gen. Dela Rosa said that the shooting incident at a Manila casino was an “attempt by a lone thief to rob gamblers rather than a terrorist attack.”

According to NBC News, a U.S. intelligence official said that Trump “was freelancing” with the terrorism declaration and “a laugh went up in the Situation Room” in response to the comments.

The undisputed highlight of the 2016 Democratic National Convention was when Muslim Gold Star parents Khizr and Ghazala Khan took the stage to challenge Trump’s proposed ban on Muslims from entering the United States.

“We are honored to stand here as the parents of Captain Humayun Khan [who was killed in Iraq in 2004 and posthumously awarded The Bronze Star] and as patriotic American Muslims with undivided loyalty to our country.”

Trump’s response to the New York Times’s Maureen Dowd, playing on ignorant assumptions of strict patriarchy in Muslim families, was brief: “I’d like to hear his wife say something.”

“His wife… she had nothing to say,” Trump told ABC News journalist George Stephanopoulos. “Maybe she wasn’t allowed to have anything to say. You tell me.”

“Donald Trump said that maybe I wasn’t allowed to say anything. That is not true,” wrote Ghazala Khan in a piece for The Washington Post. “My husband asked me if I wanted to speak, but I told him I could not… Donald Trump said he has made a lot of sacrifices. He doesn’t know what the word sacrifice means.”

“Altogether, under the Clinton plan, you’d be admitting hundreds of thousands of refugees from the Middle East with no system to vet them, or to prevent the radicalization of their children,” Trump lied in June of last year.

At a September rally in North Carolina, he got more specific, “Altogether, Hillary Clinton’s plan would bring in 620,000 refugees in her first term alone with no effective way to screen or vet them.”

As reported by HuffPost, Hillary Clinton proposed in September 2015 that the U.S. should welcome up to 65,000 refugees from Syria ― only 10 percent the number Trump erroneously stated.

During a June 2016 interview, Fox News host Sean Hannity set up a question with the Islamophobic premise that many Muslim immigrants “want to proselytize, indoctrinate and bring their theocracy with them.” Trump took the bait: “Assimilation has been very hard. It’s almost — I won’t say nonexistent, but it gets to be pretty close. And I’m talking about second and third generation. They come — they don’t — for some reason, there’s no real assimilation.“

According to PolitiFact, the implication of what Trump said — that Muslims want to isolate themselves from the mainstream American culture — is “flat wrong.“
They cited a 2011 Pew Research Center study which concluded that “Muslim Americans appear to be highly assimilated into American society.”

One of the most blatantly insidious lies ever told by Donald Trump was the complete fabrication that thousands of American Muslims in New Jersey were cheering the 9/11 attacks on television.

The next day, ABC This Week host George Stephanopoulos asked Trump if he misspoke. “It was on television. I saw it,” Trump said to Stephanopoulos. “It was well covered at the time, George. Now, I know they don’t like to talk about it, but it was well covered at the time. There were people over in New Jersey that were watching it, a heavy Arab population, that were cheering as the buildings came down. Not good.”

This never happened. Politifact ― winner of the 2009 Pulitzer Prize ― said that this was a “pants on fire” lie by Donald Trump.

Most people have completely forgotten that the whole “birther” controversy around President Barack Obama had largely faded to the fringes until it was revived by none other than Donald J. Trump in 2011.

In an interview with right-wing radio host Laura Ingraham, Trump first questioned Obama’s citizenship when he said that, “He doesn’t have a birth certificate ― or if he does ― there’s something on that certificate that is very bad for him… Perhaps it would be — that where it says ‘religion,’ it might have ‘Muslim’ … And if you’re a Muslim, you don’t change your religion,” insinuating that Obama was a crypto-Muslim Manchurian candidate.

In another interview with ABC’s “Good Morning America,” Trump repeated the suggestion that Obama was trying to conceal his religion by withholding his birth certificate because “maybe it says he’s a Muslim.” Trump continued to push the lie, long after Obama released his long-form birth certificate to the public, and the New York Times recently reported that the president continues to question the certificate’s authenticity in private conversations.

Arsalan Iftikhar is an international human rights lawyer, media commentator, founder of TheMuslimGuy.com, senior research fellow for The Bridge Initiative at Georgetown University and author of the book Scapegoats. 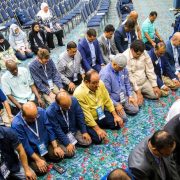