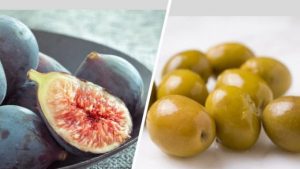 Prof. Dr. Taha Ibrahim Halifa, a biology professor and former dean at the University of El-Azhar, discovered that a great Japanese scientist in the field of agriculture converted to Islam after discovering great scientific miracles in the Qur’an. Namely, his research addressed the fig tree and the olive tree. Taha Ibrahim says: “The methaleutonids substance secretes human and animal brain in very small quantities. It is made up of protein, which itself also has sulfates that can very easily be linked to zinc, iron and phosphorus.

This substance is considered to be very important to the survival of the human body, especially because it reduces cholesterol, regulates metabolism, strengthens the heart and regulates breathing. The professor also says: “The secretion of these substances from the human brain begins gradually from the 15th to the 35th, and then diminishes until the sixties of life. For this, this substance can not be easily obtained, which can also be found in small animals. ”

He says: “When research focused on finding this magical substance between the flora, and the group of Japanese scientists was investigated into this substance, which has an effect on removing the symptoms of senile weakness (old age). At last, this substance was found only in two types of plants, and they are: fig tree and olive tree. “Dr. Taha Ibrahim appealed to reflect on Allah’s oath on the fig tree and the olive and the bondage of this oath with the creation of man in the most beautiful form, and then his return to the lowest levels. He says:

“After sharing this substance from fig and olive, they came to the conclusion that its use affects the improvement of human health; while only from the fig tree, or only from the olive has not given the expected result, and then mix it in 1: 7 ratio to the olive. “After that, this group of Japanese researchers tried to find the best bond of these two plants in order to have the best effect.” Dr. Taha said: “This Japanese scholar explored the Noble Qur’an and noted that the fig is mentioned once, while the olive six times, and once indirectly in verse 20 of the catharsis al-Mu’minun:” As well as the tree (ie the tree olive oil) that grows on Mount Sinai, who gives oil and spice to those who eat it. ”

Dr. Taha Ibrahim sent all the information he had collected from the Noble Quran to this group of Japanese scientists. After being assured that all that they had discovered in the Qur’an before 1429 years was mentioned, the leader of the research team accepted Islam, while Dr. Prof. Taha Abraham gave him a license for scientific discovery.

The Truth has been said by Allah the Almighty in the Noble Quran: 1. For the fig tree and the olive, 2. for Mount Sinai, 3. and for this sure city (Mecca), 4. Indeed, We created the man in the most perfect form, 5. Then We brought it forth (when it does not believe) to the lowest state, 6. Beside those who believe and do good works: they will have unceasing rewards, 7. Then what does it push to you, to deny the Day of Resurrection? 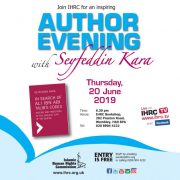 Islamic Center of Omaha Vandalized for 4th Time since August

Why Did They Choose Islam As Their Religion?