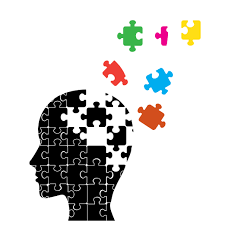 An approved treatment for diabetes may help people with Alzheimer’s, a study reports.

The research, “Neuroprotective effects of a triple GLP-1/GIP/glucagon receptor agonist in the APP/PS1 transgenic mouse model of Alzheimer’s disease,” was published in the journal Brain Research.

Many scientists have tried without success to develop Alzheimer’s treatments over the past 15 years. This has prompted some to start investigating new approaches.

Type 2 diabetes is a risk factor for Alzheimer’s, most likely due to impaired insulin signaling in patients’ brains. This has led to researchers looking at whether drugs that treat diabetes could also be used for Alzheimer’s.

Some scientists have focused on a triple receptor agonist that companies developed as a potential treatment for diabetes. This drug activates the receptors of the nerve cell growth factors GLP-1, GIP and glucagon in patients’ brains, protecting against nerve cell degeneration.

Researchers used a mouse model of Alzheimer’s in their study. Mice which have this configuration demonstrate classic Alzheimer’s symptoms, such as memory loss, loss of nerve signaling, chronic inflammation, loss of nerve cell production, and formation of harmful amyloid plaque in the brain.

The scientists injected the mice with the receptor agonist once a day for two months, studying its ability to protect nerve cells as they went.

A water maze test showed that the agonist significantly reversed the memory problems the mice were having.

In addition, the agonist increased levels of the protein synaptophysin, which protects the brain from loss of nerve signaling.

Another finding was that the agonist-treated mice were able to step up their production of nerve cells.

And the agonist reduced amyloid plaque and nerve inflammation.

“The novel triple GLP-1/GIP/Gcg receptor agonist holds clear promise of being developed into a new treatment for chronic neurodegenerative disorders such as Alzheimer’s disease,” the researchers wrote.

“Clinical studies with an older version of this drug type already showed very promising results in people with Alzheimer’s disease or with mood disorders,” Dr. Christian Holscher of Lancaster University in England, the study’s lead researcher, said in a press release.

He said scientists need to compare the treatment with other drugs to see if it does a better job with Alzheimer’s than them.

Alzheimer's could affect the whole body

How social media can lead to depression

How Smartphone Light Affects Your Brain And Body 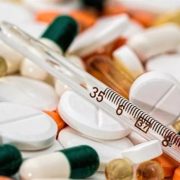