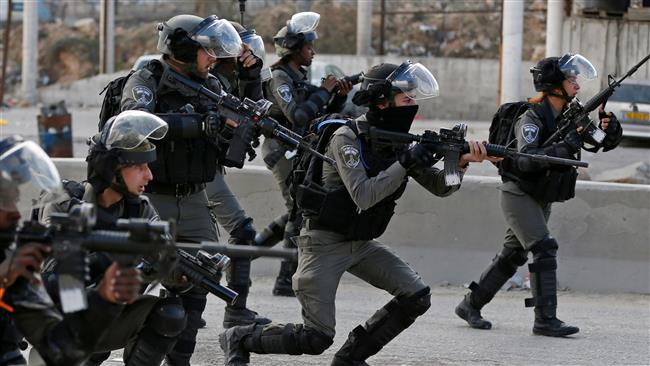 SHAFAQNA – The following is the transcript of an interview Shia Followers published on its website in relation to the ongoing crisis faced by Palestinians by the hands of Israel.

In an interview with Shia Followers, Jonas E. Alexis, an expert on Israel-Palestine conflict, said, “Western media in general has been under the umbrella of Zionism,” adding, “If that were not the case, then we wouldn’t have ‘the biggest prison on earth’ in the region, which goes by the name Gaza.”

In what follows, the full transcript of the interview has been presented.

Shia Followers: Many Muslim scholars, including the majority of Shia scholars, recognize Palestine’s issue as one of the most important issues the Muslim world faces today. What’s your take on this issue and its significance?

Jonas E. Alexis: I just did an interview with Miko Peled, an Israeli-American who has written a powerful book entitled The General’s Son: Journey of an Israeli in Palestine. Peled’s father helped found the nation of Israel, and he had this to say:

“In my opinion the major challenge is that Palestinians are facing an ongoing genocide by a powerful settler colonial state (Israel). Israel has received worldwide legitimacy and recognition and this is very difficult to reverse. In order for Palestinians to gain their rights, their land and their freedom this recognition and legitimization needs to be reversed.”

The Palestine conflict is a major issue because it goes to the very heart of the moral and political order, which thinkers like Immanuel Kant would have called the categorical imperative. We have talked about this before, but Kant’s principle bears repeating here: “Act only according to that maxim whereby you can, at the same time, will that it should become a universal law.”[1]

So, we do have an obvious problem, and the solution is pretty clear: The West needs to challenge Israeli officials to abide by the moral law and principle. We are certainly not singling out Israel and ignoring other countries. We have been accused of “bias toward Israel” before. What we are saying is that if Iran or Iraq or Russia or Israel or the Untied States transgresses the political order or international law, then that country must be willing to face the consequences. It’s just that simple.

The problem again is that the West has allowed Israel to violate the law for so long that Israeli officials now think that they can manipulate the United States at will. You remember what Netanyahu said a while back? He declared unapologetically: “I know what America is. America is a thing that can be easily moved, moved in the right direction. They will not bother us.”[5]

What he meant by “the right direction” is the Israeli direction, which has caused us untold misery in the Middle East. Keep in mind that the war in Iraq alone will cost America at least six trillion dollars.[6]

SF: What’s your take on Western media’s depiction of the Israeli-Palestinian conflict?

JEA: John J. Mearsheimer of the University of Chicago and Stephen M. Walt of Harvard could not get a media outlet to take their case seriously when they were ready to publish a lengthy article on the power of the Israel Lobby in America. They had to publish their scholarly assessment in England![7]

Walt and Mearsheimer eventually found a publisher in America that would take their study seriously, but that just tells you that the media and the Powers That Be do not want to look at things objectively, consistently and scholarly.

When Mearsheimer and Walt’s The Israel Lobby came out, Caroline Glick of the Jerusalem Post called it an anti-Semitic tract. She even likened it to an “updated version of the Protocols of the Elders of Zion”![8]

Western media in general has been under the umbrella of Zionism. If that were not the case, then we wouldn’t have “the biggest prison on earth” in the region, which goes by the name Gaza.[9] If we had a fair and honest media, there would be no way for Trump to come out and declare that “Jerusalem is the capital of Israel.”

Now think about this for example. The Washington Post itself has recently reported that at least 6,000 civilians have died in 2017 due to the so-called “war on terror” in Syria and Iraq.[10] You can go to any major city in America and start asking the average American about how many civilians died in those countries. The answer may surprise you.

But if Hamas lunches just one rocket, which usually turns out to be ineffective anyway, the entire media outlet would devote one article after another not only lambasting Hamas but declaring that Israel would be justified if they go around and annihilate lives and livelihoods in the region.

Jewish scholar Norman Finkelstein has written an excellent study on the recent situation in Gaza called Gaza: An Inquest into Its Martyrdom, published by the University of California Press. The media and the Powers That Be will almost certainly do everything in their power to kill that book because it exposes Israel’s wicked ideology in the Middle East.

SF: In your view, what is really at stake in the Muslim world today?

JEA: Again, this was one of the questions I asked Miko Peled, and here is what he said:

“It’s about legitimacy. They cannot allow criticism of Israel for fear that it will lead to the inevitable delegitimization of Israel and Zionism as a whole. Since there is no legitimate argument to support the existence of Israel and the ongoing persecution of Palestinians by Israel they resort to name calling.

SF: What are the Muslim world’s strengths and shortcomings in this regard?

JEA: I am writing an essay on this and it is still in its infancy. I started it last fall and put it aside. I think the shortcomings go back to the historical foundation of Islam, where you had essentially two schools of thought: the Mu’tazila, who believed that free will and rationality are essential in coming to terms with God’s overarching plan and purpose in the universe, and the Ash’arites, who took the position that God is essentially pure will. In other words, according to the Ash’arites, God can ask irrational things, and if there is a conflict between reason and revelation, one must always side with revelation.

The Muslim world’s strengths—and here I am using Iran in particular—is that they are more patient than much of the Zionist West. Think about it for a moment. Both England and America literally overthrew a democratically elected president in Iran in 1953, a political event which quickly created a conflict of vision in the region, culminating in the Islamic Revolution in 1979. This also led to fresh understanding of Zionism.

Another amazing thing is that despite what Netanyahu has universally said, Iran does not really have a problem with the Jewish people. Outside of Israel, Iran has the largest Jewish community in the Middle East.[11] But Iran does have a problem with the Zionist regime that controls Israel. Jews in Iran are granted complete freedom so long as they do not align themselves with the Zionist regime in Israel. In fact, Ruhollah Khomeini, the leader of Iran’s Islamic Revolution, set forth a religious decree saying that “Jews were to be protected.”[12]

Moreover, many Jews have voiced their opinions and without repercussion. Both Maurice Mohtamed (Jewish member of the Iranian Majlis or parliament) and Haround Yashayaei (chairman of Iran’s Jewish Council) even used to send letters to Ahmadinejad in protest.[15] Some Jews left Iran for Israel, “thinking that Israel was an economic paradise,” but later returned to Iran because “Israel has not lived up to their expectations.”[16]

[1] Emmanuel Kant, Foundations of the Metaphysics of Morals (Indianapolis: Bobbs-Merrill, 1959), 39.

[4] Ilan Pappe, The Biggest Prison on Earth: A History of the Occupied Territories (Oxford: One World, 2017).

[9] See Ilan Pappe, The Biggest Prison on Earth: A History of the Occupied Territories (Oxford: One World, 2016).

Breaking Point - Whose War On Terror? with Vijay Prashad 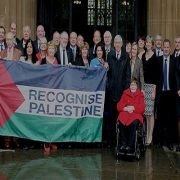 ‘Proud’ of Sweden for recognizing Palestine 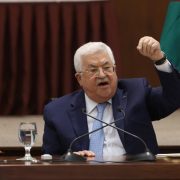 Palestine withdraws from all accords with Israel and US: Mahmoud Abbas 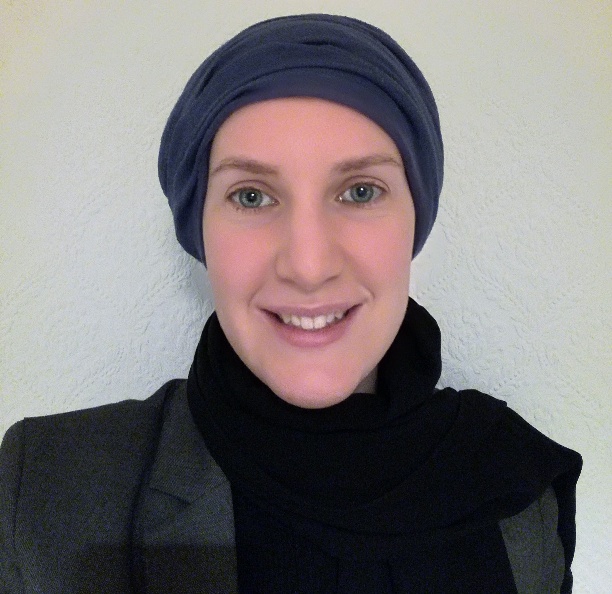