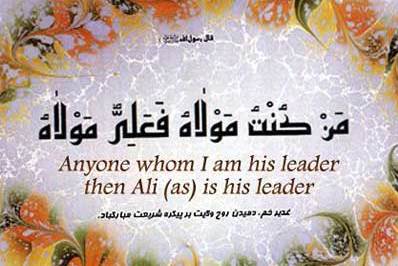 On the 18th of Zilhejjah of the 10th year after Hijra, a great event took place by a small pond which lay on the way between Holy Mecca and Medina. On that day the holy Prophet of Islam (May the blessing of Allah be upon him and his progeny) conveyed his message to the 120,000-strong crowd of Haj pilgrims.

Â This great event became known as Ghadir Khom in the history of Islam. Muslims term this day as Eid and celebrate it since it has a special value and sanctity for them. Eidol Ghadir was the day the holy Prophet of Islam returned from his last Haj pilgrimage from holy Mecca.

On return from the Haj pilgrimage the caravan was passing through the desert. The sound of camels belling broke the silence and brought uphoria and ecstasy to this valley. In that vast desert there are a number of huge trees. There was a region named Ghadir Khom, the site where the Haj caravans separated from each other. Each one of the Egyptians, Iraqis and the people of holy Medina had to traverse this spot to return to their lands.

Godâ€™s messenger was delving into himself. The caravan approached Ghadir Khom. It was then that the crowd of pilgrims noticed the changes in the Prophetâ€™s mood.

At that moment Ayah 67 of Surah Maidah was revealed to him:

â€œO Apostle! Deliver what has been revealed to you from your Lord; and if you do it not, then you have not delivered His message.â€

The holy Prophet ordered the caravan to stop. Then the pilgrims made a pulpit for him. A tumult aroused among the crowd. All were keen to know what had happened. It seemed that a great mission was entrusted to the holy Prophet. So the holy prophet ascended the pulpit and said:

â€œO people, Hear my words, for it is possible that I may not meet you at this spot in the future. You and I are responsible. Have we carried out the mission?â€

The pilgrims replied:â€ We testify that You have fulfilled Your mission. Then the holy Prophet said: I am leaving two memorable things among you-one of them is the Book of Allah and the other is my household , and if you abide by them you will never go astray.â€ After a pause the holy Prophet looked for Ali (PBUH) among the crowd, the person who was the constant companion of Godâ€™s messenger and the first person who believed inÂ Â  the holy Prophet. The Prophet himself had several times praised the knowledge and competence of Ali (PBUH). The holy Prophet called uponÂ  Ali and said: â€œO People who is the most competent to the faithful? â€œ The people answered: â€œGod and His messenger know better.â€ At this juncture, the holy Prophet raised Aliâ€™s hand and said: â€œGod is my Master and I am the master of the faithful. Then the prophet continued Whosever master I am fromÂ  now onÂ  Ali is his masterÂ  He then repeated theseÂ  sentences three times and thenÂ  said : â€œMy God be friend with anyone who makes friendship with Ali and be enemy to anyone who has enmity towardÂ  Ali. Love whoever loves Ali and hate whoever hates Ali. O people! Those present should convey these remarks to those who are absent.â€

â€œThis day have I perfected for you your religion and completed My favor on you and chosen for you Islam as a religion;â€

The appointment of Ali as leader was aimed at continuing the holy Prophetâ€™s programs and policies after his passing away, whereas the infidels and the opposition thought that with the passing away of the holy Prophet, the light of Islam would be extinguished. God refers to this event as a perfection of religion. The Ghadir event is worth pondering from different aspects.

One is that leadership in Islam does not mean to win power and post but it is a divine posts and leader who should be immune from any wrongdoings. A pious leadership and Imamate of Muslims is so significant that God has cited it as one of the significant affairs of religion and a source for its perfection. For this reason, even the holy Prophet too can not appoint anyone to a divine status without Godâ€™s command. An issue which was explicitly acknowledged by Godâ€™s messenger. The history of Islam says: â€œWhen Prophet Mohammad invited the Bani Aamer tribe to embrace Islam, they said If we embrace Islam, would you entrust the leadership after you to us?â€ The holy Prophet replied: â€œIt is the task of God to choose a successor to the Prophet. The Almighty will choose anyone He wishes. â€œ

Therefore the choice of Ghadir has been made by God.

According to Islamic thinkers and exegetes the existence of a pious leader in the society is the most appropriate executive guarantee for safeguarding Islamic values and the security and soundness of a society. The Holy Prophet could not leave all the hardships he sustained for Islam without conclusion and planning.

Meanwhile, the appointment of Ali (PBUH) as successor proved that the leader of the Islamic community should enjoy special characteristics. Ali had spent all of his life in the path of justice and piety. Justice and piety are two prominent characteristics in the life of the Imam. It is evident that the human community is in dire need of such faithful and just leaders.

The other aspect of the Ghadir event is the issue of guardianship of people and society. The holy Prophet introduced Ali (PBUH) as the leader and guardian of Muslims. In this way the person who is the ruler and leader of people can not do whatever he wishes or embark on power display. He is responsible vis-Ã -vis the people so that with their cooperation he would materialize divine values and establish justice and security in the society.

Islamic guardianship stresses the fact that a leader of a society should have prominent characteristics such as piety, knowledge, insight, bravery and justice.

Imam Ali (PBUH) believed that ruling by itself has no value unless it becomes a means for materializing the rights of the oppressed. For this reason, he said: â€œRuling to me is as worthless as priceless shoes, unless I restore a right and remove evil. â€œ

â€œThe Hadith of Ghadir is a credible one which has been narrated by about 100 companions of Godâ€™s messenger. This Hadith is a virtue allocated only to Ali (PBUH).

â€œThis day is termed Ghadir Khom and became an Eid for Muslims, for, Godâ€™s messenger appointed Ali to a high status.” 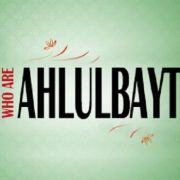 Who are Ahlul bayt a.s 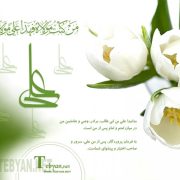 Sermon of Lady Zaynab in the court of Yazid 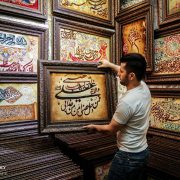 The Knowledge and Sciences of Imam Muhammad al-Jawad (A.S.)