SHAFAQNA – A coastal fertile land of mountainous tropical climate, surrounded by vast harsh deserts and scattered oases must be an attracting site to human beings and living organisms, this is the status of “Al Yaman Assa’id” as it is nicknamed in Arabic.

Following Iraq, Yemen is the second most populous Arab country out of the twelve ethnically-Arab countries of the world. Its population numbered about 24,053,000 according to 2010 estimates of the UN Department of Economic and Social Affairs, Population Division. The population resides all over the country except the ultra-arid North East which is the least populous portion.

Republic of Yemen has the 17th highest birth rate in the world, with an average five to six children per family. According to the UN, Yemeni population is differentiated into 7.3% urban and 73.7% rural, (est. 2005).

Yemen is ethnically homogenous, yet heterogeneous, linguistically and religiously.

Yemenis are predominantly Arab, who speak about five Semitic languages. Arabic, a Central Semitic language is the most dominant tongue and is spoken throughout the country’s provinces with several dialects like Hadrami, San’ani, Ta’zi, and others.

Yemeni Arabic which could be found in Yemen, South Saudi Arabia and North Somalia is divided into:

Religiously, the United Nations Human Rights Council (UNHRC) estimated that Sunni Muslims are the majority of Yemenis, composing 52 to 55%.

Also about 42-46% of Yemenis are Zaidi Shiites who mainly reside in the Western North near the borders with Saudi Arabia. They constituted the overwhelming majority of the former North Yemen political entity.

Furthermore, about one million and a few thousand Saudi Arab Zaidi Shiites settle on the opposite side of the borders in southern Saudi Arabia.

Other religious minorities in Yemen encompass Twelver Shiites, Musta’li Ismaili Shiites, and some Sufi orders tariqas. Another minority of Yemeni Arabs adhere to Judaism, counting less than 400 individuals. In addition, less than 1% of Yemenis adhere to Hinduism, Christianity and other faiths beside atheism.

Whether being homogenous or heterogeneous, united or separated, Yemen must diffidently be one of the wealthiest nations in the Arabian Peninsula with its natural resources unlike its current situation as one of the poorest countries in the world. 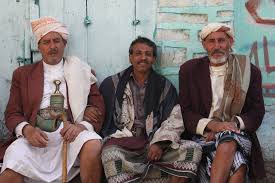 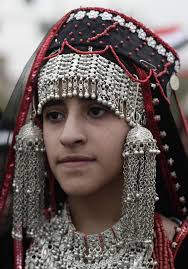