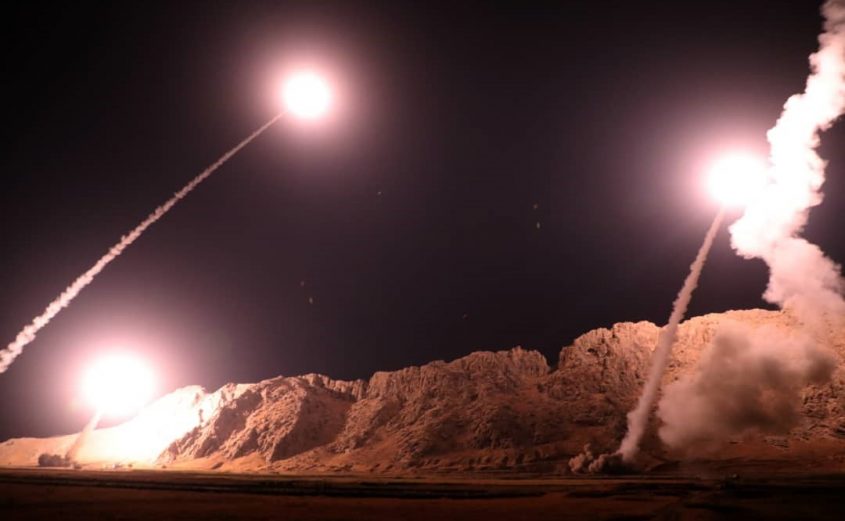 SHAFAQNA- Iran has enacted deliberate and cautious revenge over the September 22 terrorist attack in Ahvaz by missile attack on Daesh positions in Syria, its message was aimed also at U.S., Israel, and Saudi Arab.

On Monday, the Islamic Revolutionary Guard Corps (IRGC) fired a number of surface-to-surface ballistic missiles and drone strikes on the Daesh militants in the Deir ez-Zor region of Syria accused of planning a terrorist attack in their country. A large number of terrorists were killed in the retaliatory attack on the “ringleaders” who were operating at the time in Syria, the IRGC’s public relations office said, sputnik news reported.

The Revolutionary Guards described the strike as retaliation for an attack in Ahvaz, Iran, on Sept. 22 against a military parade by its soldiers in which at least 25 people were killed, including 12 members of the elite unit plus civilian spectators and at least one young children, New York Times reported.

While Tehran’s relationships with Israel, Saudi Arabia and the U.S. have not been good since the revolution, tensions have ratcheted up recently.

According to Sanam Vakil, an adjunct professor at the Johns Hopkins School of Advanced International Studies Europe, It wouldn’t respond directly to Saudi Arabia or directly the United States, but the messaging goes out to U.S. or Persian Gulf opponents.”

Tensions have been increasing for months, especially since President Donald Trump withdrew from the landmark Obama-era nuclear agreement with Iran. Since then, the U.S. has slapped painful sanctions on Iran and threatened to stop the country from exporting oil.

“These three governments are engaging in supporting terrorists inside Iran,” according to Foad Izadi, professor of world studies at the University of Tehran. “There are a number of tools available to Iranian authorities to make sure terrorism does not happen again, and using ballistic missiles is just a tool out of many”, nbc news reported.

Walid Al-Mualem, Deputy Prime Minister and Syrian Foreign Minister declared that the Iran’s missile attack were fired against terrorism, saying cooperation with the Islamic Republic of Iran was within the framework of Syria’s national sovereignty.

He added that Syria is no longer the focus of international discussions, and that the country will be the last chapter in the fight against terrorism, he said in an interview with Al-Mayadin Network on Tuesday.

Mohamed Khair al-Akam, one of the Syrian MPs , said Iran’s attacks on terrorist positions in Syria were coordinated with Damascus.

Iran a good pattern for fighting terrorism in ME

“I wish other nations, especially in Europe, will think of this sort of response when it comes to the terrorists,” Shadjareh , the founder of the Islamic Human Rights Commission, told Loud & Clear hosts John Kiriakou and Brian Becker.

Leonid Ivashov told the Islamic Republic News Agency (IRNA) on Tuesday that Iran has been continuously fighting terrorism and is regarded as a powerful player that changes equations, taking revenge of terrorists only one week after their strike in Ahvaz, once again indicating the fact that it will never retreat, he added.

Terrorists will think of the consequences of the attack to Iran from now, he noted.

Ivashov went on to say, ‘We observe in Syria that some Persian Gulf Littoral States give financial and arms aid to terrorist groups.

Sponsors of terrorism aim to undermine central government in Damascus and paving the way for toppling the Syrian government.

When Iran and Russia realized that terrorist groups had been sent to Syria by regional and trans-regional powers, they began cooperating with Damascus to suppress international terrorists, he said.

Iran-Russia cooperation with regional countries for maintaining security will not end and we will observe developing cooperation in the future, Ivashov said. 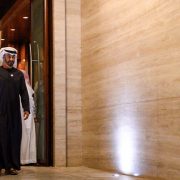 Why Crown Prince of Abu Dhabi was absent at signing ceremony of peace agreement with Israeli? 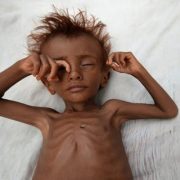 Yemen on the Brink of Famine Again: UN 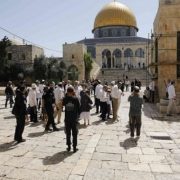 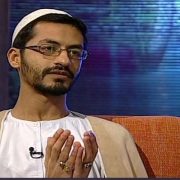