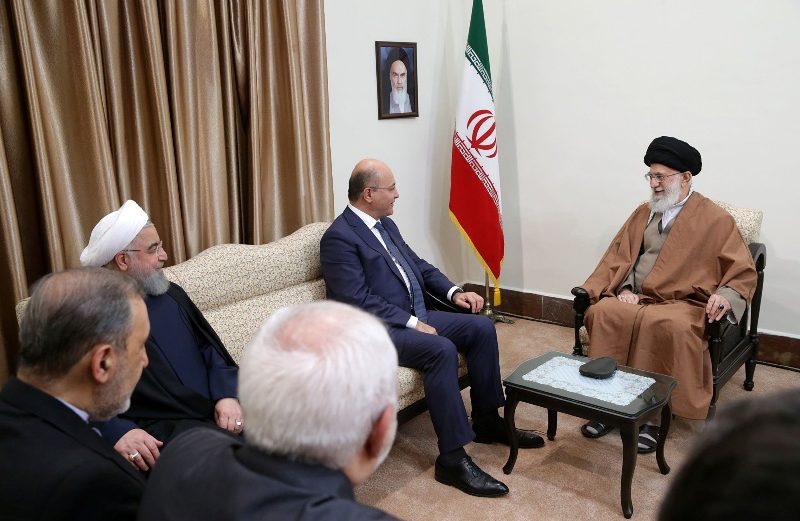 SHAFAQNA- Unity among Arab, Kurd, Shia and Sunni is the way to confront Iraq’s enemies, the Leader of the Islamic Revolution said on Saturday.

Iran’s Supreme Leader Ayatollah Seyyed Ali Khamenei made the remarks in a meeting with the newly-elected President of Iraq Barham Salih.

Ayatollah Khamenei congratulated Barham Salih for having been elected into the great responsibility of presidency in the important country of Iraq and praised the deeply rooted and historical relations between the Iraqi and Iranian nation, Irna reported.

The Leader expressed pleasure over the successful organization of parliament elections in Iraq and election of the president, prime minister and other officials into office which led to the establishment of stability in the country.

The Leader stressed that the way to overcome the problems and confront the conspiracies of the vindictive [enemies] is to safeguard national unity in Iraq, correctly identify enemies and friends, resistance in the face of the blatant enemy, reliance on the youth’s capabilities as well as consolidating relations with religious scholars [marja’s].

The bond between the two nations is matchless and the great Walk of Arbaeen is an example, he noted.

The Leader of the Islamic Revolution pointed to the participation of over 2 million Iranian pilgrims in the Arbaeen walk this year and said that upon their return, the hearts of all Iranian pilgrims were filled with gratitude for the Iraqi nation’s hospitality and this indicates the utmost generosity of Iraqis in welcoming Iranian pilgrims. This hospitality and bond which was combined with love and kindness between the two nations cannot be expressed except through the language of arts.

Ayatollah Khamenei sincerely thanked the Iraqi president, prime Minister as well as other representatives and the Iraqi nation for their peerless hospitality and asserted that now that after eras of the rule of arrogance, the Iraqi nation owns the country and enjoys independence, the right to vote and self-determination, some spiteful governments seek to deprive the Iraqi people of enjoying this great victory and achievement and deny Iraq and this region peace.

He went on to say that, “the only solution in confronting such conspiracies is safeguarding and strengthening the unity among Iraqi groups, including Arabs, Kurds, Shias and Sunnis. ‘

The leader of the Islamic Revolution evaluated correct identification of enemies and friends to be extremely important, and said that some states within or outside our region are very hostile against Islam, Shia, Sunni and Iraq, and they interfere in the internal affairs of Iraq. These enemies should be resisted powerfully, and with regard to resisting against the blatant and impudent enemy, no compromise should be made.

Regarding mutual cooperation between Iran and Iraq, Ayatollah Khamenei reiterated: ‘The officials of the Islamic Republic of Iran are determined and look forward to expanding relations with Iraq. I also strongly believe in it.’

He added, referring to the numerous capacities of the two countries for expanding cooperation: A dignified, powerful, independent and advanced Iraq is very beneficial for Iran, and we support our Iraqi brothers.

The Leader of the Islamic Revolution regarded reliance on the youth as a factor that can bring about major changes and went on to say: A clear example of amazing outcomes of relying on the youth was the formation of Hashd Al-Shabi (Popular Mobilization Forces) amidst the fight against Takfiri terrorism– and this must be endorsed. 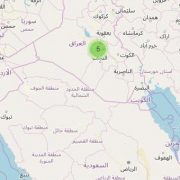 The Other Muslim Pilgrimage - Walking to Freedom 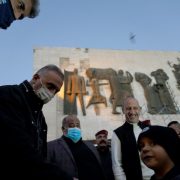