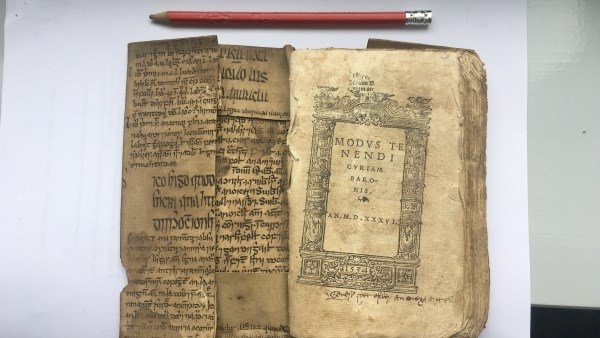 A previously undiscovered 15th-century Irish vellum manuscript, reveals a connection between Gaelic Ireland and the Muslim world and indicates that medieval Ireland was once at the centre of medical scholarship in the world.

UCC Professor of Modern Irish, Pádraig Ó Macháin, was made aware of an early printed book in the possession of a family in Cornwall, with a connection to medieval Irish learning.

The book, a pocket-sized Latin manual of local administration, was printed in London in 1534/1536, and had been in the family’s possession since that time.

What was of interest to Professor Ó Macháin was the binding of the book.

This consisted of a sheet, full of text in Irish, cut from a 15th-century Irish vellum manuscript, that had been trimmed and folded and stitched to the spine of the printed book in order to form a sturdy binding.

“The use of parchment cut from old manuscripts as a binding for later books is not unusual in European tradition,” says Pádraig, “but this is the first time that a case has come to light of such a clear example of the practice in a Gaelic context.”

From photographs of the binding supplied by the owners, Professor Ó Macháin established that the Irish text was a medical one.

“A quarter of what survives of late-medieval manuscripts in the Irish language is medical in content,” says Ó Macháin, “an indication of the practical purpose of these books in Ireland of the time.”

The identity of the text was established immediately by Ó Macháin’s collaborator of many years, Professor Aoibheann Nic Dhonnchadha of the Dublin Institute for Advanced Studies, the only living expert on medieval Irish medicine.

It is a fragment of a translation into Irish – previously unrecorded – of the ‘Canon of Medicine’ by the Persian physician Ibn Sena (980–1037), also known as Avicenna, considered one of the most significant physicians in the Islamic Golden Age.

'We don't want you here': Muslims fearful as France prepares to vote 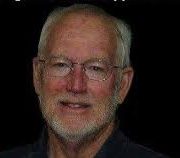 The Christian Preacher Who Challenged the Quran But Became Muslim 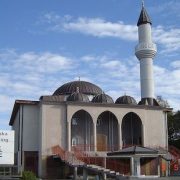 Millennial Muslims and the technology of love

Can the OIC save Muslims?