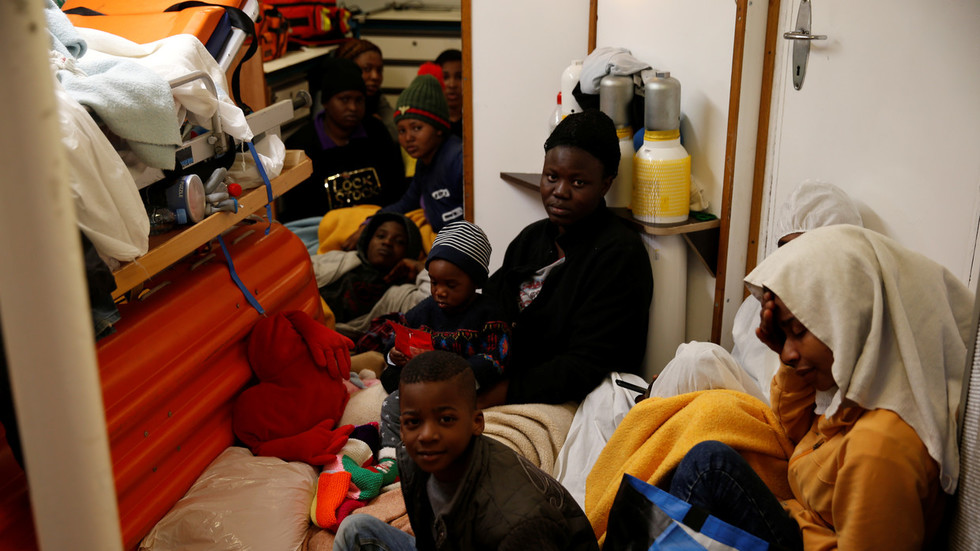 SHAFAQNA- RT: On Saturday, the Maltese government after extensive political wrangling, revealed that more than 60 migrants who were stranded on a German rescue ship for over a week will be taken in by four EU countries.

The Maltese government reached a deal with the European Commission which will see Germany, France, Portugal, and Luxembourg taking in the migrants who were rescued from the Mediterranean by the Alan Kurdi rescue vessel on April 3.

Rescuers initially pulled 64 migrants from the water but two women were taken to Malta for medical treatment. The ship, which is operated by the German NGO Sea-Eye, was denied permission to land in Malta and Italy, whose coalition government has closed its ports to humanitarian ships since last June.

“None of the migrants will remain in Malta,” the government said in a statement. It said that the “smallest member of the European Union” could not “keep shouldering” the burden of taking in migrants.

“It is not fair to point fingers at Malta and say we are not performing our duty,” Maltese Prime Minister Joseph Muscat said earlier.

Malta did not create this situation and now we are being asked to solve it. We are always ready to help but we cannot expect to carry all of the weight.

The Alan Kurdi will not be allowed to enter Malta’s ports to release the migrants. Instead, they will be brought to Malta on Maltese vessels before being transferred to the other countries.

In refusing to allow migrant rescue ships to dock in its ports, Malta has argued that the rescue operations in the Mediterranean encourage human traffickers operating in Middle Eastern and African countries.

Sea-Eye said that one crew member was also transferred to Malta suffering from symptoms of exhaustion.

German migration boss: only 35 percent of migrants arriving in Germany qualify for asylum

Jerusalem Exhibition in Berlin Jewish Museum to end May 1st

Civil society groups: EU has a problem with anti-Muslim hatred

EU calls for immediate end of violence in West Bank