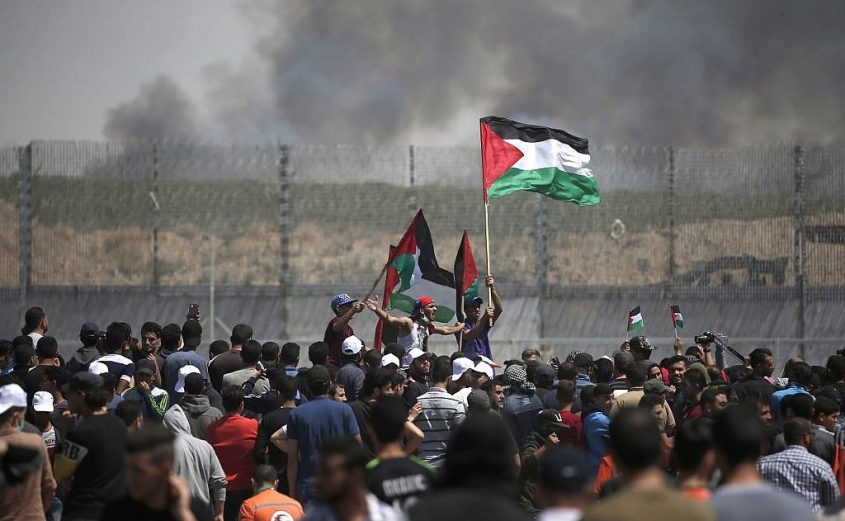 I responded: “They have a great deal to do with the Covenants which is why I publish them. Everything that has taken place in the Holy Land since the death of the Prophet is, to a great degree, due to the fact that those Covenants, which the Prophet Muhammad said were valid so long as sea water wets the sand on the shore, namely, until the end of the world, have not been respected.” The person who asked the question stared at me blankly and said: “I don’t understand.”

I responded: “Well, let me try to explain it to you. If those Covenants had been permanently respected, an unbreakable alliance would have been created, not only between Christians and Muslims, but also between Buddhists, Taoists, Jews, Agnostics, and others. Had this taken place, we would never have reached the point where we find ourselves today in Gaza, Afghanistan, Syria, Iraq, Libya and the false ‘Arab Spring,’ among other examples. The situation would have been totally distinct.”

I added: “If you read The Covenants of the Prophet Muhammad with the Christians of the World, authored by Dr. John Andrew Morrow, you will see that he addresses all these issues with great clarity. The work is available in English, Spanish, Italian, Arabic, and Indonesian.” The person, who was greatly astonished, asked: “How would things be different if these Covenants had been respected?”

I responded: “Your question is very important. If you observe closely, you will see that the Prophet Muhammad attempted, at all times, by means of these Covenants and other methods, to create a Community (or State if you prefer that term) in which the most diverse groups of people — ethnicities, nationalities, and tribes — could co-exist under the banner of Islam while maintaining their autonomy, a great deal of autonomy: each with their own religion, beliefs, languages, customs, and cultures.”

“If you want,” I continued, “I can put it to you in other terms: the Prophet was attempting to create a great federation of tribes and nations with complete liberty in many domains, to such a point that each nation could judge their people on the basis of their own laws or religion and elect their own autonomous authorities. The pluralistic model of Islam that was preached and proposed by the Prophet was the opposite of the absolutist and supremacist ‘Islam’ that is advocated by sectarians and terrorists.” And I added: “As long as Muslims recognized these Covenants, they continued being significant on the world stage. It was ignorance of these Covenants, or the failure to recognize their validity, that marked what we can call ‘The Chronicle of a Death Foretold.’”

Since he still seemed somewhat lost, I offered to give him a scientific, socio-political, and historical example. “When a rocket is launched into space, there exist two possibilities: 1) That the launch will be correct and that it will be successful; 2) That the launch will be modified to a minuscule degree; let’s say, 0.0000001 millimeters and that it will be a failure. Obviously, those who launch the rocket do not do so ex profeso employing an erroneous angle. On the contrary, they use the correct trajectory. When it comes to a historical process, the very same thing occurs. However, there is a very important difference between launching a rocket and “launching” a socio-historical project: in the case of a rocket, the mistake is noticed or established almost immediately; in other words, in a question of seconds, minutes, or hours.”

“When it comes to a social-historical process,” I explained, “its length generally lasts decades or centuries. Consequently, the possible errors that were committed at one point only start to show themselves openly a long time after. This brings us back to the Covenants. When the Prophet Muhammad, in his role as a superb statesman, proposed the treaties in question, he launched the Islamic Project correctly, using the correct terms, and pointing out the correct goals. After his death, however, certain people, who objected to the Prophet’s principles, took over the government and started to introduce modifications to the Muslim Project. In other words, they changed the course of the Prophetic Plan. Unfortunately, the result, or more appropriately, the tragedy, is plain to see. This can be observed in any historical process that was altered and that produced a negative outcome.”

The person, who was obviously concerned about what I was saying, considering its ideological implications, continued: “I ask you again: What does any of this have to do with these Covenants that you keep talking about?” I responded: “I am going to give you an example. During the First World War, the Germans devoted themselves to creating groups of Muslim mercenaries, particularly Turks, in order to kill other European Christians (namely, non-Germans). During the same period, the British did something similar but, in this case, among the Arabs. This strategy continued during the Second World War. Those winds brought these storms.”

By this point, the man was starting to nod his head. Hence, I continued: “Had the plan of the Prophet Muhammad that is contained in the Covenants not been modified to varying degrees, the Germans, the English, the French, and other imperialists, would never have been able to do what they did in the heart of the Muslim world. The modifications that were made to the Prophetic Plan, which were veritable acts of treason, are what permitted the British to establish the foundation of what would become Wahhabism, the insidious counter-Islamic movement that operates today under various names: al-Qaedah, Takfiris, Jihadists, ISIS, DAESH, and so forth. Obviously, these murderous terrorist groups continue to serve the interests of those who created them centuries ago, namely, the current genocidal world powers. I repeat: Those winds brought these storms. The chickens have come home to roost. People receive their just deserts. They get what they deserve. They reap what they sow. What goes up must come down. Payback is… unpleasant.” 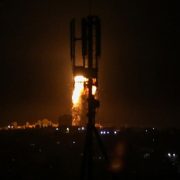 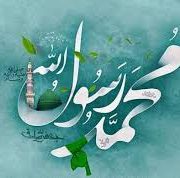 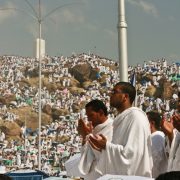 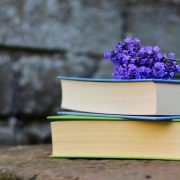 Books to read for Converting to Islam

Save the Children warns of unlivable conditions in Gaza
0 replies