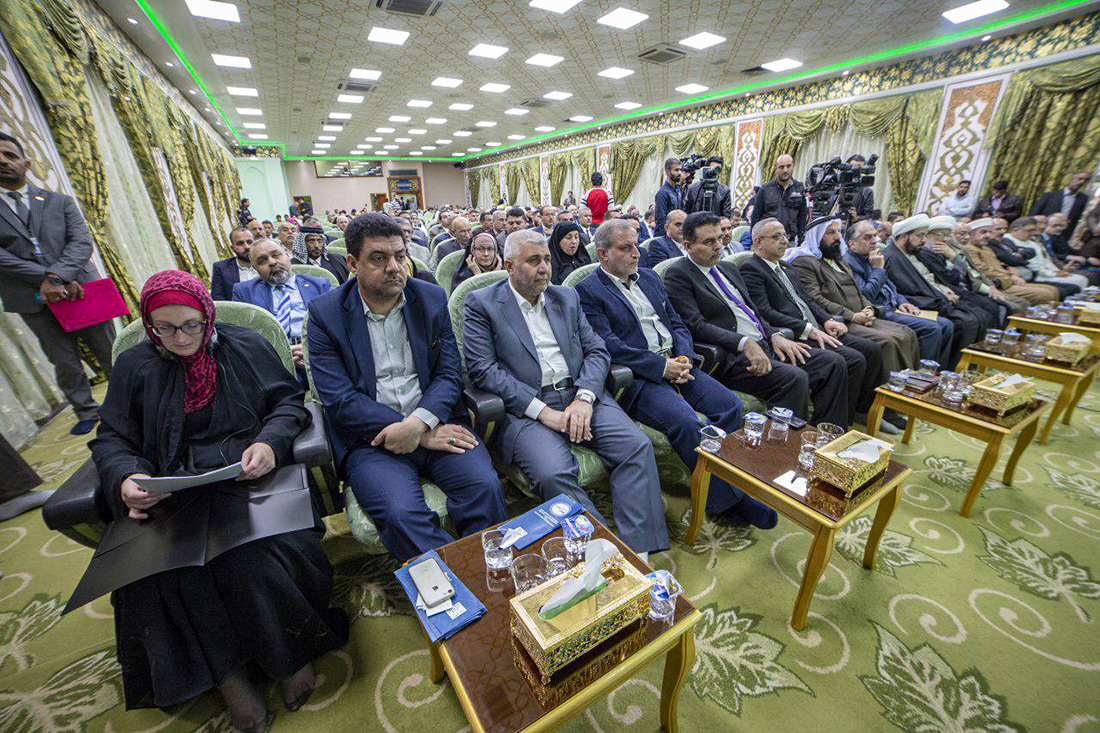 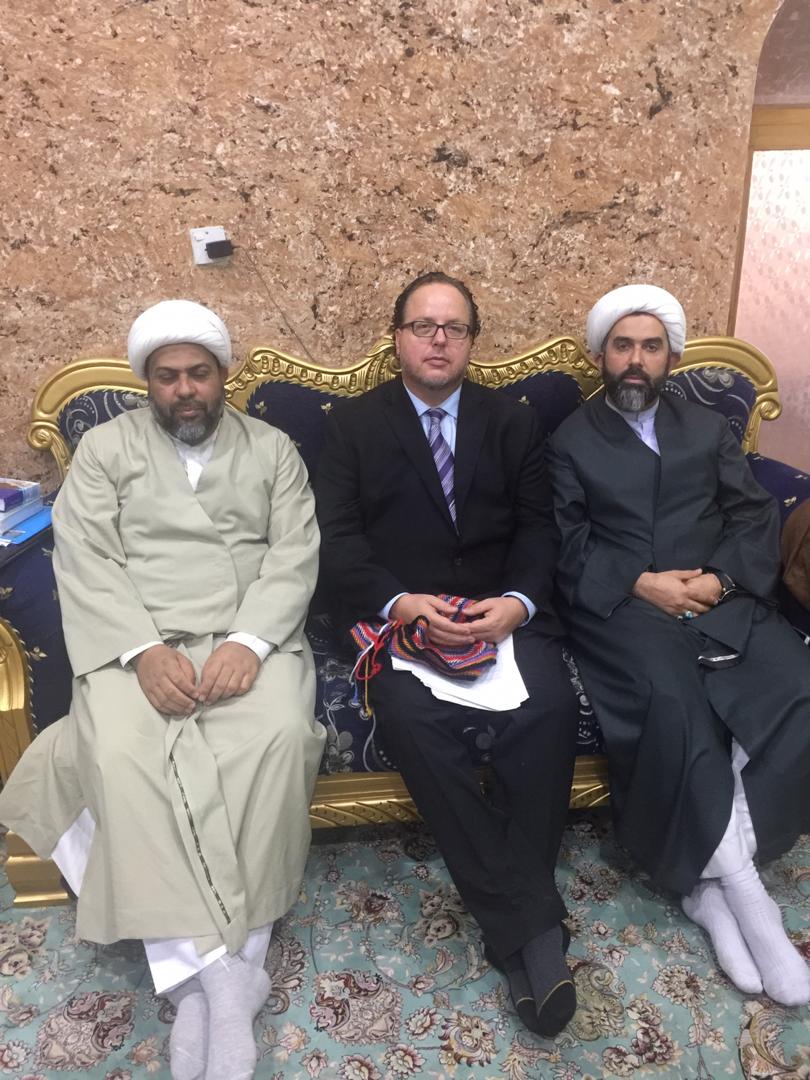 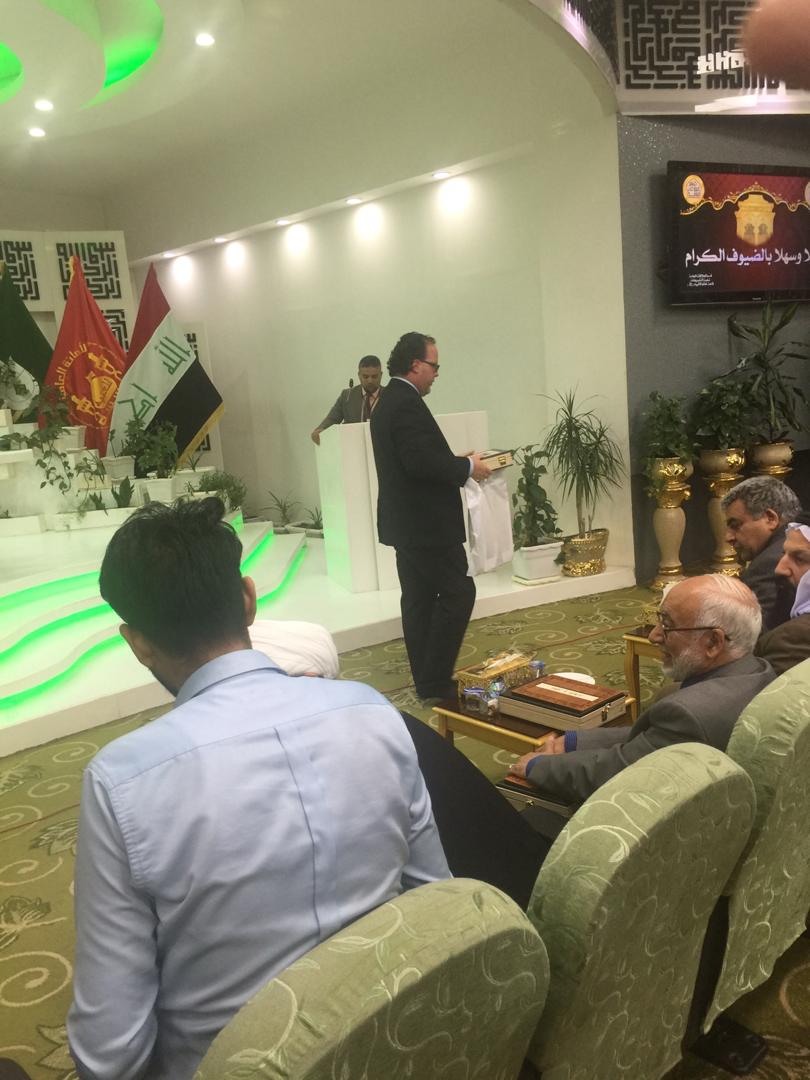 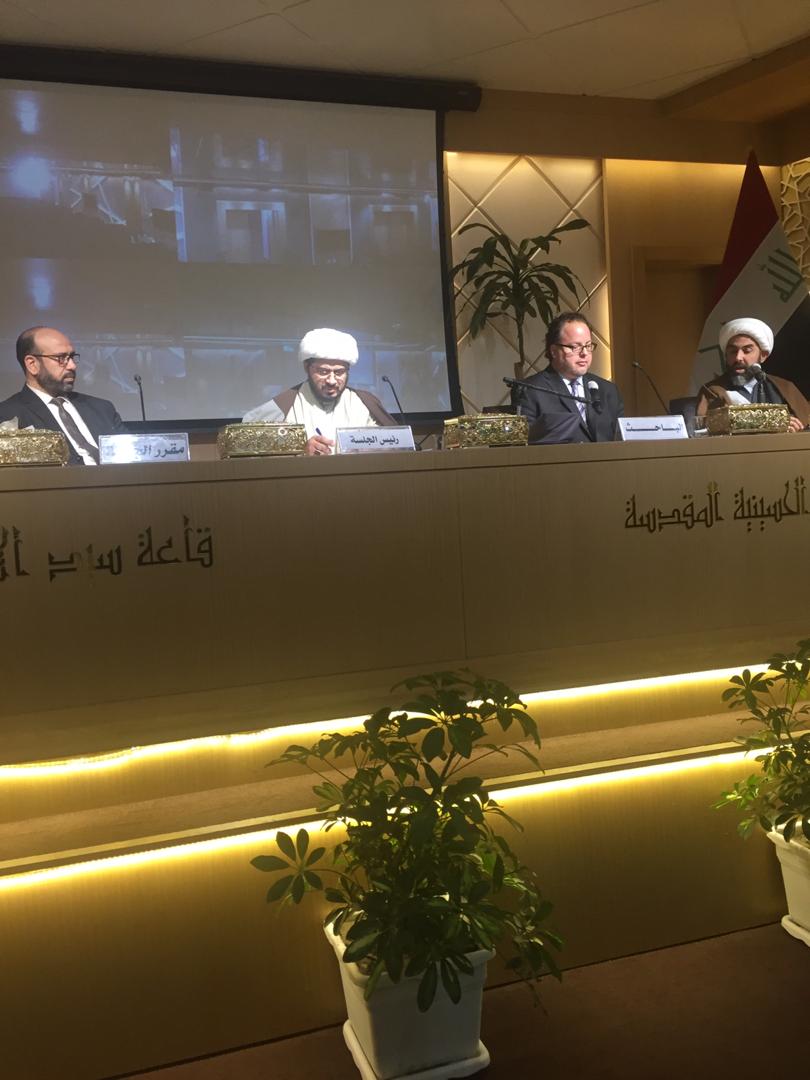 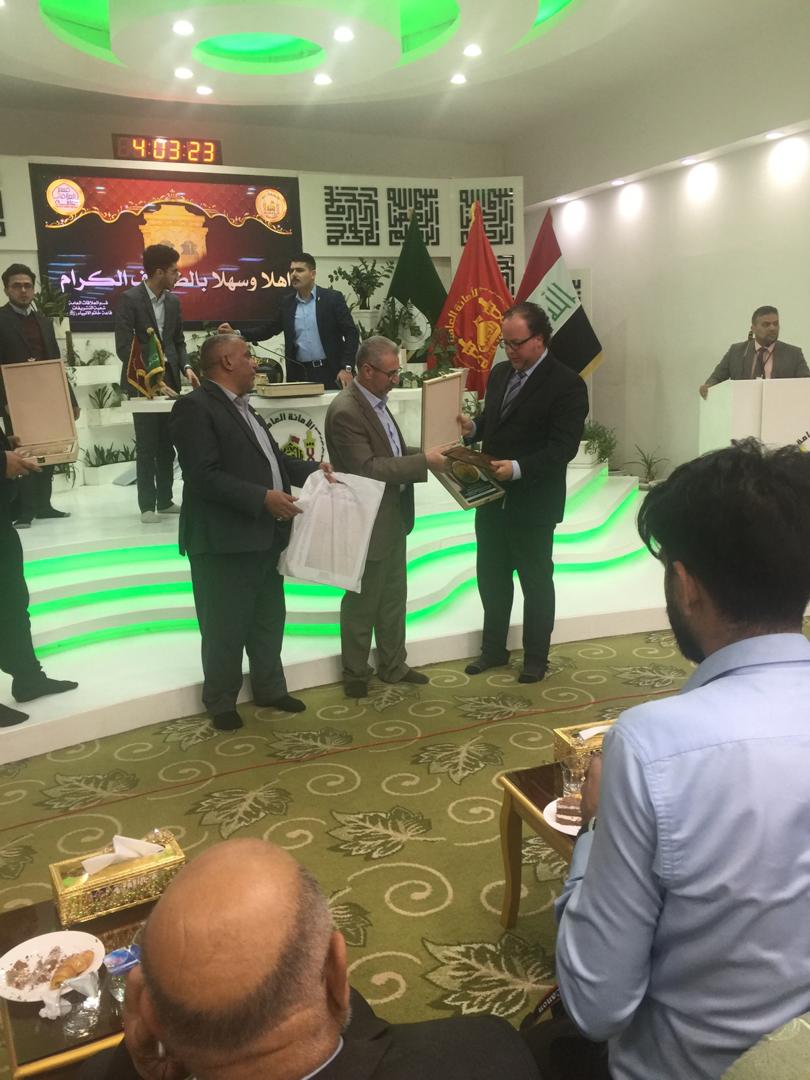 We gathered here today, on this 26th day of November of 2018, in the holy city of Karbala, in the ancient nation of Iraq, at the First International Conference on Iraq’s Heritage and Antiquities, to denounce the state-sponsored, religiously rationalized destruction of sacred, spiritual, historical, archeological, cultural, and world heritage sites, at the hands of the enemies of God and Humanity.

As Almighty Allah, glorified and exalted be He, has said: “Remember Me and I will remember you.” As the Imams of the Prophet’s Household, may God be pleased with them, used to say: “We are the People of Remembrance.” In other words, they are the means through which God is known.

As the Messenger of Allah and Imam ‘Ali, peace and blessings be upon them and their posterity, used to say: “He who knows himself knows his Lord.” How, then, does one know oneself? One knows oneself through literature, culture, civilization, art and architecture, through tangible and intangible heritage. When people lose their heritage, they lose their identity and sense of self. Cultural genocide is the precursor and companion of physical genocide.

Our work here has been that of medical doctors and surgeons. We have identified the symptoms. We have diagnosed the disease. And the disease must be treated. Otherwise, like cancer, it will destroy the entire organism. What we are faced with is a tumor or a gangrenous limb that must be amputated. The disease we have identified is an ideology: Takfirism. The Muslim world is facing an outbreak, a plague, and a pestilence. We have located its epicenter: the center of Radical Salafism and Wahhabism that is Saudi Arabia. We need to cordon it off. We need to take measures to prevent the spread of its life-threatening pathogens, isolate its carriers, treat those who have been contaminated, and immunize the innocent before they become infected.

Our work here has also been that of educators. People do not wake up one day and say, “I am going to burn down a church and kill all the Christians in a village.” That is the product of education and indoctrination. We need to be proactive and prevent future problems by means of education. The Syrians, for example, have revised their curriculum to stress the importance of protecting religious, cultural, and world heritage sites. The Covenants of the Prophet, which protect all people and their property, regardless of their religion, race or ethnicity, must always be remembered. They must become common knowledge to all Muslims and non-Muslims.

We need to cultivate a sense of the sacred. Spiritual people see the presence of God in all of creation. If a person sees God everywhere and in everything, he or she treats all of creation with respect and reverence. How can a man harm a woman if he views her as the symbol of maternity and the embodiment of the Female Attributes of Allah? The Prophet Muhammad, peace and blessings be upon him and his family, refused to destroy the painting of the Virgin Mary and Jesus that was found in the Holy Ka‘bah. He respected what the image represented. It was for this very reason that he respected and protected churches, monasteries, and synagogues for they are symbols that point to God and places in which He is praised. If every human being is the son or daughter of Adam and Eve, if every human being is a brother or sister, if every human being was made in the image of God, how can one harm another man or woman? To harm another is to harm oneself.

We need to hold those who created, financed, trained, and supported these war criminals accountable for their deeds. They are accomplices who aided and abetted terrorists in acts of cultural genocide. We need to send them the bill for the damages that were done. Those who destroyed this nation and its heritage in defiance of justice should be required to rebuild it. The same can be said for Syria.

The monuments and sites that were damaged and destroyed are priceless. However, what they represent is even more priceless. The Takfiris may have tried to cut down all the flowers; however, the spring will still return. They tried to bury us, thinking that they had killed us, believing that we were dead. Little did they know that we were seeds and that we will sprout once again producing the most beautiful and fragrant flowers in an earthly Paradise. As the Messenger of Allah said, “Allah is Beautiful and loves beauty,” so let us fill the world with beauty.

Video: Karbala means the killing of love by hate