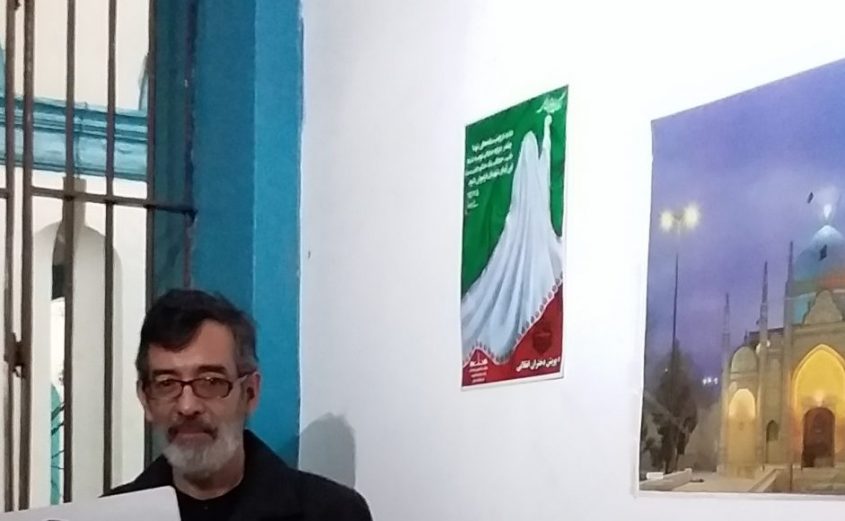 SHAFAQNA- Fernando Acosta Riveros is a Mexican thinker and academic from the University of Guadalajara, in western Mexico. In an exclusive interview with Shafaqna, Riverso who is a Shia Muslim has spoken about the Shia communities in Mexico and other Latin American countries.

Shafaqna – Are Shia Muslims in Latin American countries able to perform their religious practices with freedom?

Riverso- Mexico’s Constitution defines the country as a Lay Nation, where the state, the society and the population must respect the rights of the followers of different religions. Sometimes we are invited to universities, schools and media to talk about Islam as a monotheistic religion. From what I have read and conversed with brothers from other nations in South America, I know that in El Salvador, the Shia community has a an important cultural presence. In the same way is in Venezuela and in the nations that until now make up the Bolivarian Alliance of the Peoples of Our America, namely Cuba, Nicaragua, Ecuador, Bolivarian Venezuela and Bolivia.

Traditionally in two large countries of Argentina and Brazil, the Shia Muslim communities are present, organize meetings, participate in radio shows, and have their own internet sites, where they offer ample information to the readers about Islam. In Uruguay, Muslim women are quite active in promoting the holy Quran and its approach to family and children. The Shias in Latin America are characterized by building bridges of friendship with Catholic, Evangelical Christians, etc. In Colombia, my country of origin, there is a thriving Shia community in the port city of Buenaventura, in the Valle del Cauca department, from where Islam is made known.

Shafaqna- Can the Shia Muslims easily communicate with other religions in Latin American countries?

Riverso- The Shia community seeks ways to hold dialogue with people of other faiths, including the Jews and the so-called free thinkers who assume themselves as being agnostics. Respect for others is a principle, because we will be respected as well. This respect stems from the Islamic teachings that “there should be no coercion in religion.”

Shafaqna- What is the influence of Shia Muslims on family and society in Latin American countries?

Riverso- The positive influence of Shia Islam in Mexico, El Salvador, Nicaragua, Colombia and in different regions that we call La Patria Grande -from Mexico to Chile and the Caribbean nations- is that it helps people to understand the importance of family, the respect that must exist between people. The Shia community has a role in promotion of moral values ​​that make us grow and participate in social affairs as dignified men and women. Many Catholics are surprised when we speak of the love that exists in Islam for Jesus Christ and Saint Mary (peace be upon both of them). They get surprised to hear that late founder of the Islamic Republic of Iran, Imam Khomeini, gave gifts to poor children and Catholics in France during the traditional Christmas season.

Shafaqna- How do the Shia Muslims contribute to civil and political society in Latin America?

Riverso- To be exact, the Shia can help us build brotherly societies, because oppression is a sin before God. We must submit to the Creator and work to sow friendship and love among peoples. The Shia community is participating in an awakening, where the oppressed and the oppressor renounce that situation and commit themselves to freedom, to live as brothers. This path needs us to converse with rulers, associations, politicians, parties, movements, about this Muhammadian Revolution that is happening across the world to please God, the Merciful.

Shafaqna- In your opinion, what are the problems in Latin American societies that Islamic teachings can provide them with a solution?

Riverso- One of the great problems is that young people waste a lot of time (with some exceptions) in frivolous activities. It is necessary to invite them to prepare themselves, to study, to value themselves as human beings. Shias invite young people to read the holy Quran, to talk about it, to read the traditions of the Prophet Muhammad (S). Young women and girls are invited to learn trades and strive to improve their condition morally and spiritually.

Shafaqna- Has anyone ever among non-Muslims expressed their interest in Islam and wanted to convert?

Riverso- Some people ask us “Why did you change your religion and accepted Islam?” I personally tell them “Thank God, I liked to read and query to find truth. As for religion, I think that moving from Christianity to Islam was like having a tremendous advance, because there I gave meaning to my faith.” I clarified many doubts and I am always willing to help those who, from Catholicism or other beliefs, wish to advance and know how wonderful Islam and particularly Shia Islam is.

Shafaqna- How do you introduce Islam to your compatriots?

Riverso- Through conversations, with colleagues, even when I find an opportunity to begin a chat at a bus or public transport and talk about the lack of values, economic problems, health, poor schooling, of the environmental matters and thousands of daily issues. I am always thinking that everyone absolutely will find a solution in Islam. I have given lectures, participated in conversations and interviews on radio and television in Guadalajara and written opinion articles in the media.

Shafaqna- What problems do the Shia face in Mexico and other Latin American countries?

Riverso- A problem that we face, at least in Mexico, is the prejudice that still exists in a large sector of the population, society and some local governments.

Shafaqna- From your point of view, which issues of Islam are essential to the Shia in the Spanish-speaking countries?

Riverso- Lack of print and digital publications with themes of Shia Islam in Spanish is notable.

Sayyed Sinan Buztepe: All Alevis are Shias and all Shias are Alevis/ “Alevism without Imam Ali (A.S)” is a plot -Interview

Christians and Muslims pray for peace

Islam And Muslims In The U.S. Prison System 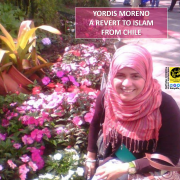 The Quran Is the Cure of any Evil
0 replies