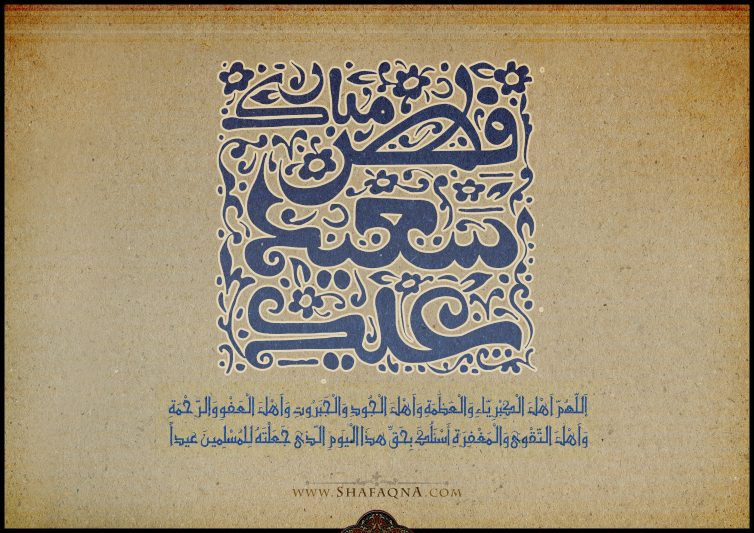 Ruling 1999. At the time of sunset of eve of Eid-ul-Fitr (i.e. the night before Eid Day), whoever is adult and sane and is neither unconscious, nor poor, nor the slave of another, he should put aside, on his own behalf as well as on behalf of all those who are his dependents, about three kilos per head of wheat or barley or dates or raisins or rice or millet etc. It is also sufficient if he pays the price of one of these items in cash. As per obligatory precaution, he should not give from that food which is not staple in his place, even if it be wheat, barley, dates or raisins.

Ruling 2000. If a person is not in a position to meet his own expenses, as well as those of his family, for a period of one year, and has also no one who can meet these expenses, then he is a poor person, and it is not obligatory on him to pay Zakat of fitrah.

Ruling 2001. One should pay Fitrah on behalf of all those persons who are treated as his dependents at his house on the nightfall of Eid ul fitr, whether they be young or old, Muslims or non-Muslims; irrespective of whether or not it is obligatory on him to maintain them, and whether they are in his own town or in some other town.

Ruling 2002. If a person appoints his dependent who is in another town, to pay his own fitrah from his property, and is satisfied that he will pay the fitrah, it will not be necessary for the person to pay that dependent’s fitrah.

Ruling 2003. It is obligatory to pay the fitrah of a guest who arrives at his house before sunset on Eid-ul-Fitr night, with his consent, and he becomes his temporary dependent .

Ruling 2004. The fitrah of a guest who arrives at his house on the night of Eid-ul-Fitr before sunset, without his consent, and stays with him for some time, is also, as per obligatory precaution, Wajib upon the host. Similarly, if he is forced to maintain someone, his fitrah will also be obligatory upon him.

Ruling 2006. If a person is insane at the time of sunset on the night of Eid-ul-Fitr, and his insanity continues till Zuhr on Eid-ul-Fitr, it is not obligatory on him to pay the fitrah. Otherwise it is necessary for him as an obligatory precaution to give fitrah.

Ruling 2007. If a child becomes baligh, or an insane person becomes sane, or a poor person becomes self sufficient during sunset, and satisfies the conditions of fitrah becoming obligatory on him, he should give fitrah.

Ruling 2008. If it is not obligatory on a person to pay fitrah at the time of sunset on the night of Eid ul fitr, but necessary conditions making fitrah obligatory on him develop before Zuhr on Eid day, the obligatory precaution is that he should pay fitrah.

Ruling 2009. If a non-Muslim becomes a Muslim after the sunset on the night of Eid-ul-Fitr, it is not obligatory on him to pay fitrah. But if a Muslim who was not a Sh’a becomes a Shia after sighting the moon, he should pay fitrah.

Ruling 2010. It is Mustahab that a person who affords only one Sa’a (about 3 kilos) of wheat etc. should also pay fitrah. And if he has family members and wishes to pay their fitrah as well, he can give that one sa’a to one of his family members with the intention of fitrah and that member can give it to another family member, and so on, till the turn of the last person comes; and it is better that the last person gives what he receives to a person who is not one of them. And if one of them is a minor, his guardian can take fitrah on his behalf, and the precaution is the thing taken for the minor should not be given to anyone else.

Ruling 2011. If one’s child is born after the sunset on the night of Eid ul fitr, it is not obligatory to give its fitrah. However, the obligatory precaution is that one should pay the fitrah of all those who are considered one’s dependents after sunset, till before the Zuhr of Eid.

Ruling 2014. If it is obligatory on a person to pay the fitrah of another person, but he does not pay it, its payment will be, as an obligatory precaution, obligatory on the latter. So, if all the conditions mentioned in rule 1999 are fulfilled, he must pay his own fitrah.

Ruling 2015. If it is obligatory on a person to pay the fitrah of another person, his obligation will not end if the latter himself pays his own fitrah.

Ruling 2016. In the case of a wife who is not maintained by her husband, is she is dependent upon someone else, that person will have to pay her fitrah. But if she is not dependent on anyone else, she will pay her own fitrah if she is not poor.

Ruling 2017. A person, who is not a Sayyid, cannot give Fitra to a Seyyed, and if that Seyyed is his dependent, he cannot give to another Seyyed either.

Ruling 2019. Even if a person maintains the members of his family by Haram means, he should pay their fitrah out of halal property.

Ruling 2020. If a person employs someone like a carpenter, or a servant, and agrees to maintain him fully, he should pay his fitrah as well. But if he agrees that he would pay him for his labour, it is not obligatory on him to pay his fitrah.

Read more from Shafaqna:
Is it the responsibility of the host to pay Zakat Al-Fitr for the guest? The Grand Ayatollah Sistani’s Fatwa

What can be given as Zakat Al-Fitrah and how much for each person? The Grand Ayatollah Khameni’s answer