SHAFAQNA- Eighth of Shawwal is the anniversary of the destruction of the shrines of Baqi’ Imams (Peace be upon them) by the Wahhabis.

According to Shafaqna, the destruction of the shrines of  Imams (A.S) buried in the Baqi’ Cemetery in Medina which was carried out by the Wahhabis  in the 8th of Shawwal in 1344 AH (coincided with April 21, 1926), is one of the worst events in the Islamic history.

After the occupation of Mecca, the Wahhabis, led by Abdul Aziz ibn Saud, turned to Medina and after the siege and war with the defenders of the city, they eventually occupied it and demolished the graves of Imams (A.S.) buried in the Baqi’ cemetery. They also demolished many other graves, including the grave of Ibrahim (AS), the son of the Prophet Muhammad (PBUH), the graves of the wives of Prophet (PBUH), the grave of Umm ul-Banin (SA), the mother of Al-Abbas (A.S.) and the grave of Abdullah (AS), the father of the Prophet (PBUH) and Ismael (AS), the son of Imam Sadiq (A.S).

Based on the information given in the history, Imam Hassan (A.S.) was buried in a room belonging to Aqeel bin Abi Talib (RA) and from the beginning it was a building on his holy shrine. One of the western tourists who, shortly after destruction, saw the shrine of the Baqi’, describes its ruin and destruction as follows: “When I arrived in Baghi’, I saw it as a city where a great earthquake occurred and became ruinous, because except the parts of stone and cluster, and the beams of the old wood, nothing else could be seen. But these devastation and destruction were not due to an earthquake or natural disaster, but these had been done intentionally by human beings, and all of that dome and beautiful white pillars, which represent the graves of the sons and companions of the Prophet of Islam, had been destroyed completely”, ISNA mentions.

Prior to this incident, the first demolition of the burials of the Imams had been done by the Saudi Wahhabis in 1220 AH, when the Ottoman rule collapsed in Saudi Arabia. After this historic-Islamic event, with the investment of Shiite Muslims and the use of special facilities, the destroyed shrines were restored to the most beautiful form, and by constructing the dome and mosque, Baqi’ became one of the most beautiful pilgrimage shrines, and in fact it is the pilgrimage-tourist destination of Muslims.

Al-Baqi’ reconstruction in view of an American researcher

The 8th of Shawwal: The Anniversary of the Demolition of al-Baqi’ Cemetery

Departure of Imam from Madina 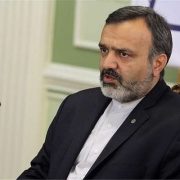 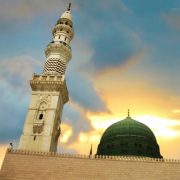 A Garden of Paradise in Madina 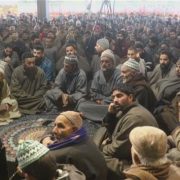 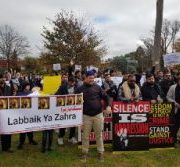 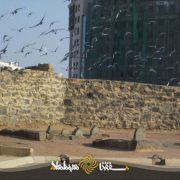