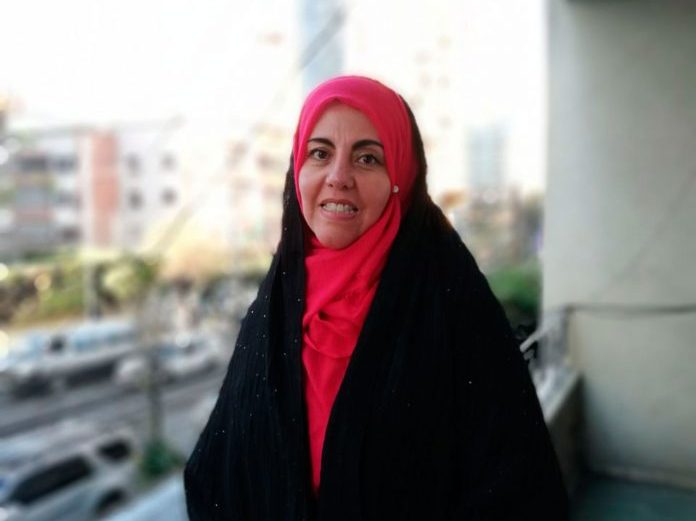 SHAFAQNA – Sdenka Romané Saavedra Alfaro is a Bolivian writer, social communicator,  journalist, university professor, researcher and a member of the Association of Researchers in Communication and Education for Development (AICED) La Paz, Bolivia. Sdenka Alfaro received her Bachelor of Science in Social Communication from the Catholic University of Bolivia, a Master Degree in Higher Education and Journalism and earned a Post Degree in Educational Administration in the classroom. Besides, she has been the Director of Women at the Association of the Islamic Community Ahlul Bait of Bolivia (ACIABOL). Sdenka Romané Alfaro currently studies about Islamic and Middle Eastern worldviews in the holy city of Qom, Iran.

In an exclusive interview with Shafaqna, she spoke about Islam in Latin America.

Shafaqna- How did you come to know Islam?

Alfaro – When I was studying at university, I attracted to the journalistic reports about the Middle East and from that through several readings, I began to know Islam. I remember when I graduated I had a classmate -he later became my husband- who was admiring my curiosity and helped me with my queries, his information about Islam was accurate and focused. I did not understand how he knew all these in depth, after a while I found out that he was a Muslim.

Shafaqna – Why did you decide to convert to Islam?

Alfaro – The “Spiritual Peace” that lies in this religion and the notion of other life or hereafter. Without doubt, we always have different ideologies, thoughts, philosophies, faiths, and customs chosen for us. However, there are always like-minded souls who understand the facts and follow other ideologies, so we find ourselves in the chosen path. I have to add that I never encountered any opposition from my family to the path that I chose; on the contrary, the struggle is to continue as I am trying to be a role model and I am looking for real Islam.

Shafaqna- What were the effects of conversion to Islam in your life?

Alfaro – Order, peace, tranquility, being humble, as well as the values that are guiding me in my life.

Shafaqna – How do you practice your religious duties? Can Muslims in Latin America observe their religion freely?

Alfero- With President Evo Morales Ayma (First Indigenous president of Bolivia) rise to power religious liberties have extended. Bolivia has a secular system, in that sense, there is the freedom of religions. Since the political system respects other beliefs and faiths, the laws of the Plurinational State of Bolivia respect all faiths.

Shafaqna- Please tell us about your religious activities, how do you perform them?

Alfero- As the Director of Women of the Association of the Islamic Community Ahlul Bait of Bolivia, I teach courses on women laws in Islam, daily prayers and everything related to the worldview and philosophy of life in Islam. These courses are first for members of the Muslim community and then obviously we work outside our community. Since our work is not limited only to schools or colleges, but above all to educational centers and universities. We sometimes attend conferences, talk shows and other activities. If we want to spread Islam, we need both verbal and written activities.

Shafaqna- What are the positive results of your activities regarding the Muslim community of Bolivia?

Alfero- The positive thing undoubtedly is the Islamic Community of Alul Bait: thanks to the daily efforts of our brothers there, we are spreading Islam in our country. It is important for our association to be an example for people in our society and ACIABOL’s different activities aim to make known this philosophy of life, which is Islam.

Shafaqna- What is the Bolivian government’s attitude towards Islam in general?

Alfero- As I said before, under the presidency of President Evo Morales and due to the secular nature of our political system, our multi-cultural society with characteristic customs, traditions as well as native languages and other religions such as Catholic Christianity, Evangelism, etc… we can speak of our religion with full liberty and even can say that Islam permeates through our society.

Shafaqna- How do you present Islam to non-Muslims?

Alfero- It is said “an action is worth a thousand words”: We as Muslims always try to be an example in all social aspects, as the result many Bolivians have converted to Islam to this date.

Shafaqna- What are the problems Muslims in South American nations face with?

Shafaqna- What is Islam lacking in Latin America?

Alfero- There is still a lot of work to diffuse Islam across South America: in order to do so, we need to provide Islamic centers with their especial necessities. At the same time, we should broaden the horizon concerning the teachings of Islam, not only its religious teachings but also its worldviews; we have to start from the collective imagination that is rooted in our continent.

This interview originally published on Shafaqna Spanish and translated by Shafaqna English.

Islam in America- Latinos are coming to Islam more than ever before, survey says

What is like being a Latino Muslim in America 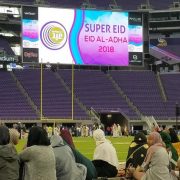 Legal suit filed in the US over religious discrimination - Islam & America

6 tips for a healthy and moderate iftar