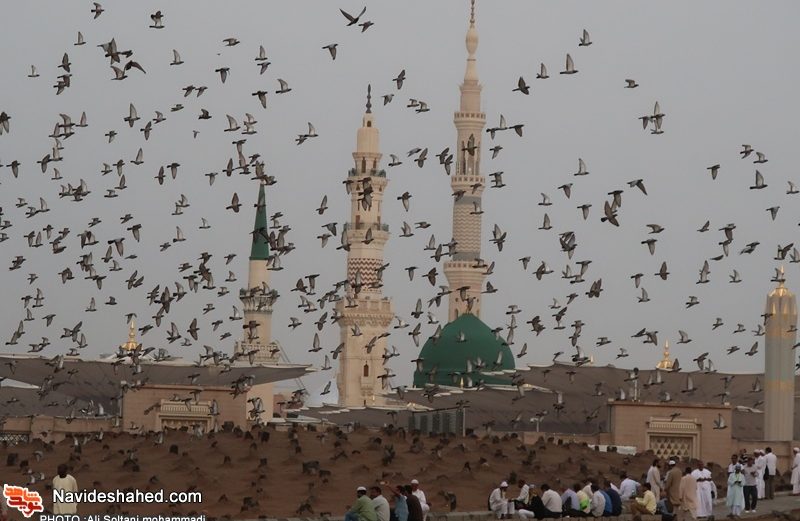 SHAFAQNA- The Al-Baqi Cemetery holds a great significance for Shia Muslims, being the resting place of Prophet Muhammad (PBUH) and four of the twelve Infallible Heirs of him, who are, Imam Hasan Mujtaba, Imam Zain Al-Abedin, Imam Muhammad Baqir, and Imam Ja’far Sadiq (peace be upon them).

According to historical reports, choosing Al-Baqi as the cemetery of Muslims was a decision of the Holy Prophet (PBUH) in the first year after Hijra. Since then, the Prophet’s (PBUH) companions and many Muslims were buried in this cemetery and in the next years and centuries, gradually upon some of the graves such as the graves of Abbas the uncle of the Prophet (PBUH) and the four infallible Imams (A.S), domes and mausoleums were built. 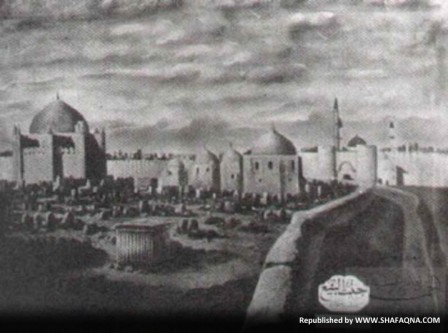 The tombs and shrines built on the graves of Imams were demolished by Wahhabis in 1805. However Abdal-Hamid II, an Ottoman Sultan ordered to rebuild the shrines. But again they were demolished by the orders of Amir Muhammad, the Governor of Medina, and the order of his father, Abdal-Aziz, the Saudi king.

The shrine of the four Imams (A.S) and the dome of Lady Fatima (S.A) known as Bayt Al-Ahzan were either destroyed or seriously damaged in the first attack of Wahhabis in the same year. According to Abdal-Rahman Jabarti, after a year and a half of besieging Medina and causing starvation, Wahhabi forces entered the city and destroyed all the graves and tombs except the shrine of the Prophet (PBUH).

In the second attack of Wahhabis in 1926, all historical sites in this cemetery were destroyed following the fatwa of Sheikh Abd-Allah Bulayhad, the Chief Judge of Saudis claiming that visiting graves is a sign of polytheism and illegitimate innovation. 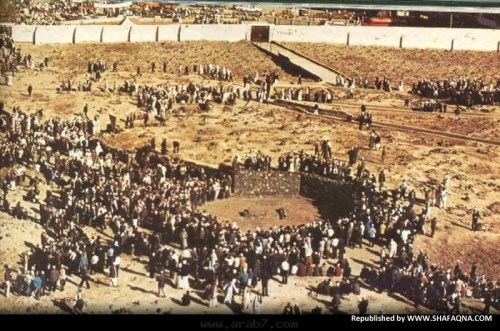 Currently, the graves of the four Imams (A.S) and great Islamic personalities in Al-Baqi have no signs other than little pieces of stones on them. Although, in comparison to the time of demolition, the condition of Al-Baqi is a little better, but Saudi government refuses to look after this cemetery properly.

Considering the attachment of the Muslims to figures buried in Baqi, the grave of some prominent figures has distinctive features. However, over time, the graves of hundreds or even thousands of companions and followers of the Prophet sank into oblivion, and their graves still remain in obscurity.

Apparently Wahhabis are the first group in history to destroy graves and tombs having religious excuse. In other cases, other people tried to destroy such tombs with the excuse of existence of books criticizing caliphs in Al-Baqi cemetery but they were not successful.

In addition to demolition of the graves in Ta’if, Jedda, Karbala, elsewhere, Wahhabis focused their efforts on demolition of shrines and domes of religious sites in Mecca and Medina. Even today this devilish plan is being implemented through ISIS in Iraq and Syria.

The idea to eradicate the Islamic legacy and Shia heritage as well as to systematically remove all its vestiges was with the purpose to alienate Muslims from their history and pious personalities who have been torch-bearers to lead them to Right Path.

Bulldozing the Islamic signs is equivalent to bulldozing the ideologies of Prophet Muhammad (PBUH) and his purified Household (A.S) because they represent the perfect example and role model for mankind to follow. It is clearly an attempt to annihilate, erase, and hide these great symbols and wipe out its sanctity from the people’s hearts and memories, and to end the remembrance of the Prophet and his family.

Muslims, especially Shia have not forgotten the event of demolition and now when they go to Medina, despite the restrictions Saudi government has put for the visitors of Al-Baqi, Shia visitors attend in Al-Baqi and visit demolished graves of the religious personalities buried in this cemetery and express their resentment of the demolition of their graves. 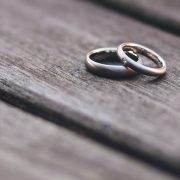 Is It Acceptable to Convert to Islam for Marriage? 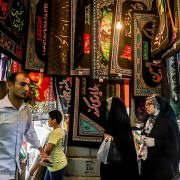 Photos: The atmosphere of Ahvaz Bazaar during Muharram
0 replies