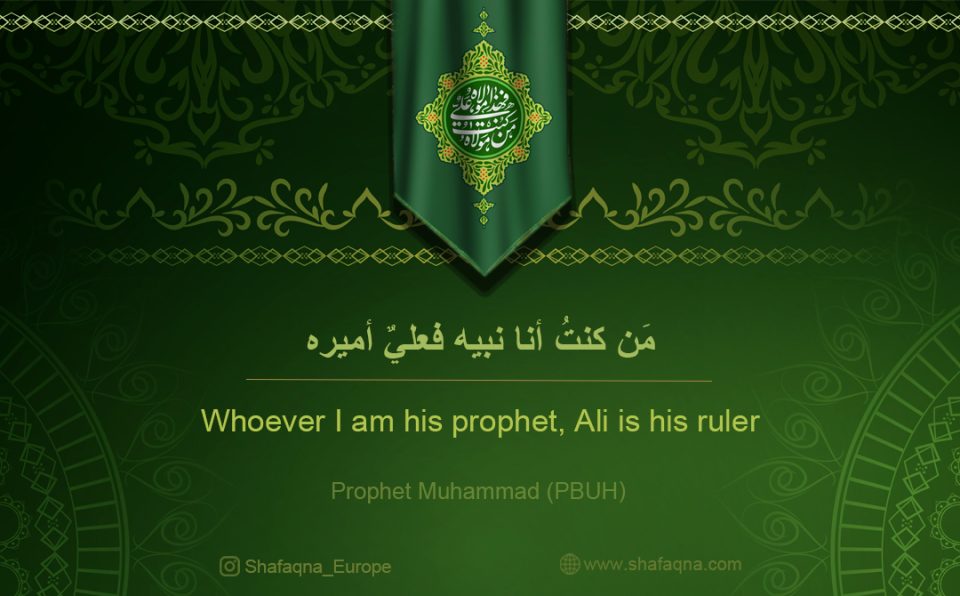 I did what he had told me to do. At that time they numbered forty men more or less, including his uncles Abu Talib, Hamzah, Al-Abbas, and Abu Lahab. When they had gathered together, he called me to bring the food which I had prepared. I brought it, and when I put it down, prophet took a piece of meat, broke it with his teeth, put it in the dish.

Then he said, “Take in the name of God. ”They ate until they could eat no more, and yet the food was as it had been. I swear by God, in whose hand ‘Ali’s soul rests, that a single man could have eaten the amount of food which I prepared for them. Then he said “Give them something to drink.” So I brought them the bowl and they drank from it until they became full, and I swear by God that one man could have drunk that amount. When prophet wanted to speak to them, Abu Lahab interrupted him and said “Your host has long since bewitched you.” Then they dispersed without the prophet speaking to them.

On the following day he said to me “‘Ali, this man interrupted what I wanted to say so that people dispersed before I could speak to them. Prepare the same food for us as you did yesterday, and invite them here.”I  did this, and brought them food when he called me. He did as he had done the other day, and they ate until they could eat no more.

Then he said, “Bring the bowl,” and they drank until they could drink no more. Then he spoke to them, saying, “Banu Abd Al-Muttalib, I don’t know of any young man among Arabs who has brought for his people something better than what I have brought to you. I bring the best of this world and the world after, since God has commanded me to summon you to him.

(11) Life of Muhammad, by Hasan Haykal, p104 (First Arabic Edition only. In the second edition the last sentence of the Prophet (PBUH) is deleted.)

The above tradition was also narrated by important Sunni figures such as Muhammad Ibn Is’haq, Ibn Abu Hatem, and Ibn Mardawayh. It is also recorded by many orientalists including T. Carlyle, E. Gibbon, J. Davenport, and W. Irving. 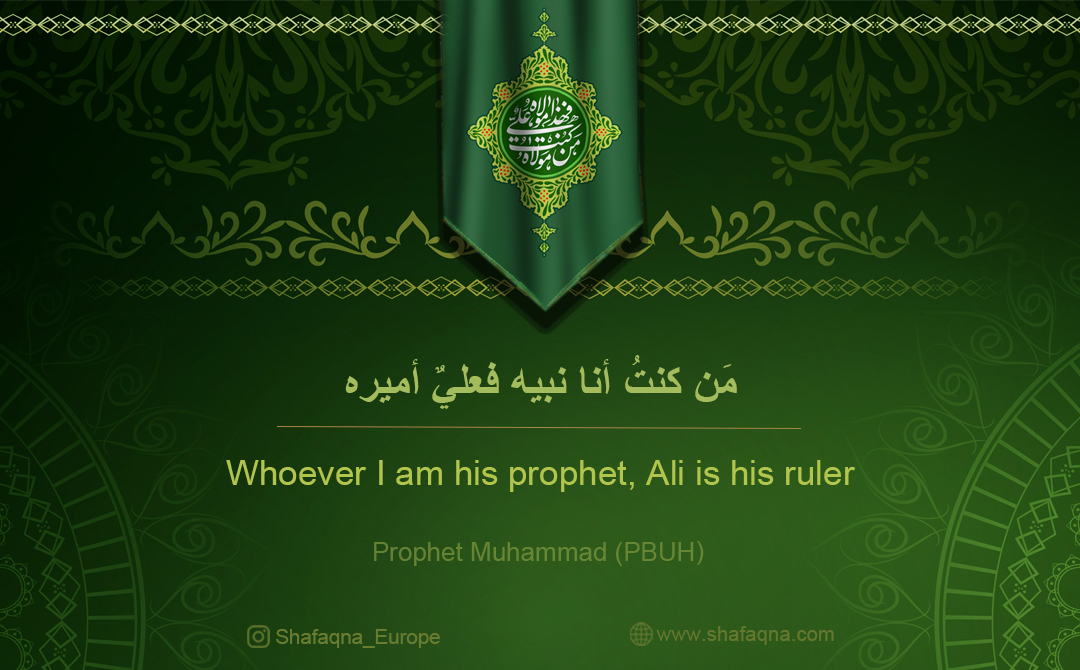 As we see, the Prophet (PBUH) ordered people to LISTEN AND FOLLOW ‘ALI even in his first open preach, that is, when he declared his prophethood openly. “Shia” means “The Followers”, and it is exclusively used for “The Followers of Imam ‘Ali (AS)”. Thus Shi’a school of thought was in fact established by the Holy Prophet of Islam (PBUH) from the beginning of his mission.

The next tradition in the History of al-Tabari is as follows: Narrated Zakariyya Ibn Yahya Al-Darir, from Affan Ibn Muslim, from Abu Awanah, from Uthman Ibn Al-Mughirah, from Abu Sadiq, from Rabiah Ibn Najid:

A man said to ‘Ali (AS): “O’ the Commander of believers, how did you become the heir of your cousin to the exclusion of your paternal uncle?”‘ Ali said: “Ahem” three times until every body craned their necks and pricked up their ears, and then said “Prophet invited the whole of the Banu Abdal-Muttalib, including his own closest relatives, to eat a year old lamb and to drink some milk. He also prepared a quantity of wheat for them, and they ate until they were full, while the food remained as it was, as though it had not been touched.

Then he called for a drinking cup and they drank until they could drink no more, while the drink remained as though it had not been touched and they had not drunk. Then he said ‘Banu Abd Al-Muttalib’, I have been sent to all men in general and to you in particular. Now that you have seen what you have seen, which of you will swear an oath of allegiance to me to become my brother, my companion, and my inheritor? Not one of them rose up, so I stood up before him even though I was the youngest there. He said Sit down. He repeated the words he had spoken for three times while I would rise up and he would say to me sit down. On the third occasion, he struck his hand on mine. In this way I became the heir of my cousin to the exclusion of my uncle.”

A Sunni brother mentioned that in the above incident the Prophet (PBUH) was only addressing his own family Banu Abdal-Muttalib and not the whole of the Muslims. The most probable explanation here is that the Prophet intended ‘Ali as his successor in taking care of the affairs that relate to the family of Banu Abdal-Muttalib only in his absence and after his demise and not as a successor to the leadership of all Muslims.

Here I should state, first, that the Children of Abdal-Muttalib were not the family of Prophet. They were the relatives of Prophet. From the quoted tradition, we can not conclude that what he said was just for his relatives. He just started with his relatives.

Now, do you honestly believe that Prophet assigned a successor after him for the tribe of Abdal-Muttalib, but he forgot to assign any successor for the rest of community? Prophet was not a nationalist. He was not sent only for the children of Abdal-Muttalib. He was sent to all mankind as he mentioned himself in the tradition. So why is this negligence (about forgetting other people)? If assigning a successor is duty of prophet, it can not be limited to a certain people, because the Prophet was not sent just to a certain people.

Moreover, it was not the only time that the prophet declared ‘Ali as his successor. However, it was the first time. There are many traditions inside Sunni collections of traditions which either implicitly or explicitly indicate whom the Prophet (S) chose as his successor. The official announcement, however, was in “Ghadir Khum” as Sihah Sittah (the six Sunni collections of the traditions) testify.

It is also important to recall that the historical accounts are always written and controlled by people who are in power. this is the case for every era, and the tyrant governments of the Umayyad and the Abbasid were not exempt from this rule. As such, in most cases, facts are not explicitly written in the history, but one can find them implicitly. These are the pieces of information which have been mistakenly passed trough the censorship of the Governors throughout history. 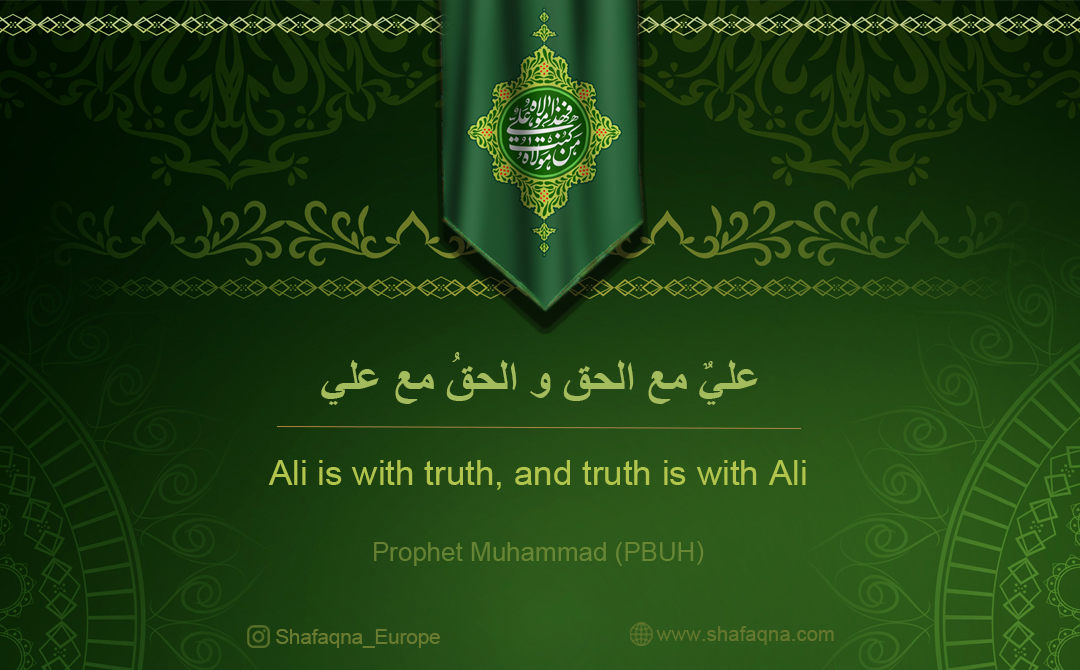 ‘Ali is with truth, and truth is with ‘Ali.

How is This Possible?

(The following article is adopted from the book “Brother of Muhammad (S)”written by late Muhammad Jawad Chirri (RA). The event under discussion is when the Prophet (S) were ordered by Allah (SWT) to preach to his relatives)

The two Shaikhs: Al-Bukhari and Muslim did not mention the important event pertaining the first preach of the Prophet (PBUH) though it was reported by many historians and traditionists. Instead, Muslim and some other traditionists reported an event that took place after this event.

They reported the appearance of the Messenger on Al-Safa and his call to the Qureshi clans (the Meccans) and his invitation to them to believe in the new faith. Muslim and these reporters mentioned this late event and tied it with the verse of the warning of the closest relative of the Holy Prophet (PBUH).

And what is more amazing is that the messenger called upon his daughter (Fatimah (SA)) publicly, to save herself from Hell, yet she was the purest Muslim girl whose father and mother were the purest parents. Fatimah, at the time of the revelation of the above verse was according to the historians, either two years or eight years old. al-Hakim in his Al-Mustadrak, v3, p61 reported that she was born 41 years after the birth of her father.

It would be illogical that the Prophet addresses himself to a two year old child or that he put a pure Muslim girl (who was still a minor, not exceeding eight years of age) on the same level with the pagans of Banu Ka’ab and Banu Murrah. And more curious is the Hadith of Aisha which Muslim recorded in his Sahih as follows:

“When the verse of warning was revealed, the Messenger of God said: ‘O Fatimah, daughter of Muhammad, Safiya, daughter of Abdul-Muttalib, I have nothing in my power to protect you against God. Ask me from my wealth whatever you want.’ ”

This Hadith does not agree with the previous one. For this Hadith reported that the Holy Prophet addressed himself to the children of Abdul-Muttalib alone, while the other Hadith reported that the Holy Prophet publicly addressed himself mostly to other than the Prophet’s clan. And most weird in this Hadith is that the Messenger addressed himself publicly while on the Safa mainly to his youngest daughter Fatimah while she was living with him where he sees her every hour. It is also curious that the address which he directed to her and to the other members of the children of Abdul- Muttalib did not contain any message, such as calling upon them to worship God or to avoid idol-worshipping.

Furthermore, Aisha was not born at the time of the event. The Messenger died when she was only eighteen years old. (See Al-Tabaqat, by Ibn Sa’d, v8, p61). And this event took place ten years before the Hijrah (twenty years before his death). Abu Hurairah also was not an eye-witness to the event because he saw the Messenger for the first time when the Messenger was coming back from Khaibar in the 7th year after the Hijrah. (See Al-Tabaqat, by Ibn Sa’d, v4, p327).

And more curious than all is that Al-Zamakhshari reported that Aisha, daughter of Abu Bakr and Hafsa, daughter of Omar, were among the ones whom the Holy Prophet addressed after the revelation of this verse of warning (which was revealed before the birth of Aisha). (See Al-Sirah Al- Halabiyyah, by ‘Ali Ibn Burhanuddin Al-Halabi, v1, p321)

This clearly indicates that recorders or the reporters of these traditions were seriously confused. They overlooked the fact that the verse commands the Prophet to warn his closest relatives, who were the children of Abdul- Muttalib, and that the Holy Prophet is not expected to disobey the order of God.

What these traditions convey is opposed to the verse itself, and whatever disagrees with the Holy Qur’an has to be disregarded. The event which the historians and many Hadith recorders reported of holding a conference with his immediate relatives is the only logical course which the Holy Prophet (PBUH) was expected to follow after the revelation of the verse.

Hadith Graph: “Every eye shall be weeping on the Day of Judgment except …”

Hadith Graph: Hadith from the Prophet of Islam (PBUH) about the martyrdom of Imam Hussain (AS)

Video: The Battle of Khandaq

Shia Studies Expert: It is a duty to introduce the importance of Imam Ali (AS) to humanity

Video: The Battles of Badr & Uhud