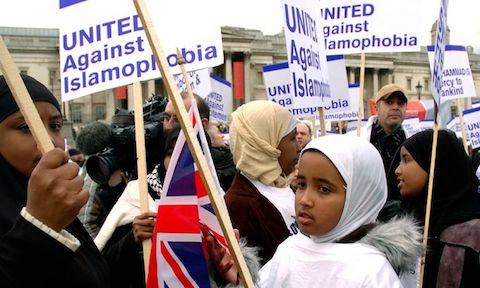 SHAFAQNA- According to a new report, Muslims and black people are facing the highest levels of discrimination across Britain. Alex Beer, Welfare Programme Head at the Nuffield Foundation, demanded a greater commitment to putting an end to systemic inequalities. He said that based on an accomplished research, a large number of black and Muslim people in Britain were experiencing discrimination even during the pandemic when there were social distancing rules.

Moreover, systematic racial discrimination has destructive effects on mental health of people and influences labour market outcomes. Duplicating our commitment to deal with discrimination, increasing diversity in public life and dealing with the obstacles for involvement of minority communities and under-represented groups are what we need as a society.

The research shows that Muslim women are significantly more susceptible to discrimination. As a result, it is necessary to deal with discrimination, support initiatives that help establish meaningful connections between people from various backgrounds and public dialogue that encourages people to listen to the opinions and experiences of others. In order to deal with the problem in education and youth services, more opportunities can be provided for children to form connections with people from different backgrounds and fund at a neighbourhood level to support spaces, activities and programs which elevate social mixing.

Also, this research refers to the need to concentrate on high quality interactions as well as the importance of listening and learning from those who have lived experience of discrimination and prejudice. This requires us to disregard the culture wars mentality. We should, rather, create spaces and public dialogue for people so that they feel they are able to genuinely listen and learn about others’ experiences, especially the experiences that are different from their own.

USA: Friday sermon and prayer at Islamic House of Wisdom in Dearborn [video]

Canada: Muslim men travel from Toronto and Saskatoon to raise awareness about Islamophobia

Video: Even if you’re not a Muslim you can join Arbaeen walk as a believer in humanity